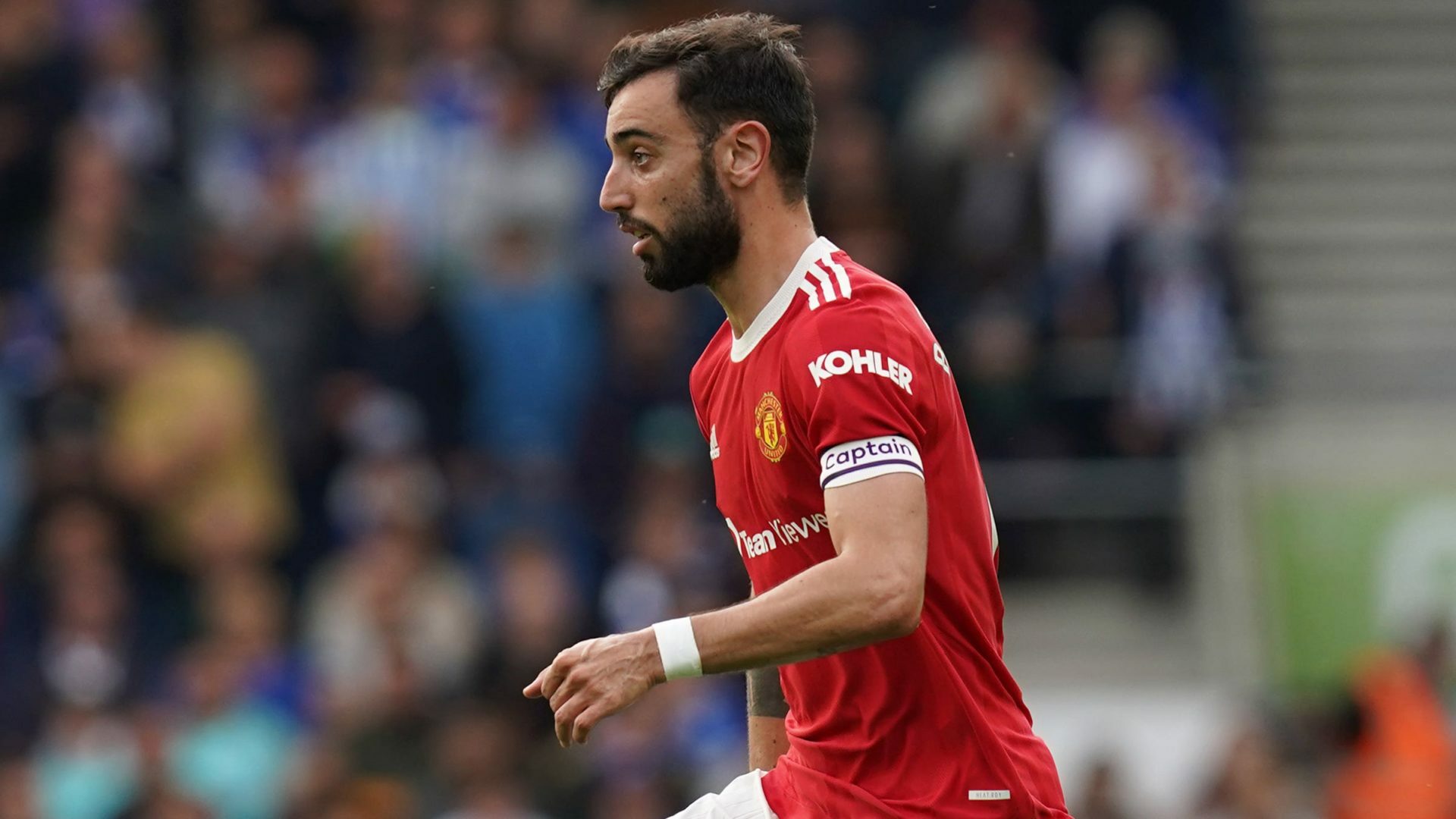 Bruno Fernandes says Manchester United must end a miserable campaign on a high after being embarrassed at Brighton.

United’s players endured chants of “you’re not fit to wear the shirt” from travelling fans during Saturday’s 4-0 thrashing on the south coast, while there were further protests against the club’s ownership.

The 20-time English champions are guaranteed to finish with their lowest points tally of the Premier League era and can no longer qualify for the Champions League.

Fernandes, who captained the side at the Amex Stadium, accepted the criticism of supporters ahead of a two-week break before the season finale at Crystal Palace.

“The whole season has been like this, ups and downs, the downs have been too down,” he told the club’s website.

“They (fans) have been through bad things seeing their club this season and they have been supporting us all through the season.

“They support us until the end with different chants. Whatever they want to think, fair enough from them.

“We have one game left. We have to win that game and that’s everything we can do.

“The game is far away but we have to keep our focus, do our best and understand that last game is important for us – and we have to win it.”

United can now only accumulate a maximum 61 points this term – three fewer than they managed in 2013-14, which began under David Moyes and finished with the caretaker management of Ryan Giggs.

Ralf Rangnick’s side are unable to climb higher than their current position of sixth, while clinching a Europa League spot is the best they can hope for.

Yet he also defended the attitude of his players and expressed confidence that incoming manager Erik ten Hag can revive the club’s fortunes.

Midfielder Fernandes admits a shameful experience – United’s 11th top-flight loss this term – could have been even worse.

“They created a lot of chances, they could have scored more times. Obviously we had our chances too (late on) but it was not enough and we know that.

“Since the beginning of the game they were more aggressive than us. We are not strong enough in the second balls in this game.

“We did some mistakes defensively and offensively we were not capable to score goals.”

Brighton outclassed their stunned opponents from the outset en route to their biggest top-flight win in their 356th match at this level.

Ecuador midfielder Caicedo was named man of the match after claiming his first Seagulls goal on just his sixth Premier League appearance.

Albion head coach Graham Potter, who dedicated the result to the club’s fans following the poor run of home form, is excited by the 20-year-old’s potential.

“He’s a good, young player that I’m sure has got lots of people looking at him, so we’re delighted that we’ve got him,” Potter said of Caicedo, who spent the first half of the campaign on loan at Belgian club Beerschot.

“You can see his quality, he’s going to get better and better.

“I think he must think the Premier League is easy because results have been fantastic since he’s been in but of course it isn’t.

“He’s a humble guy, he’s a fantastic boy and we’re so happy for him.”