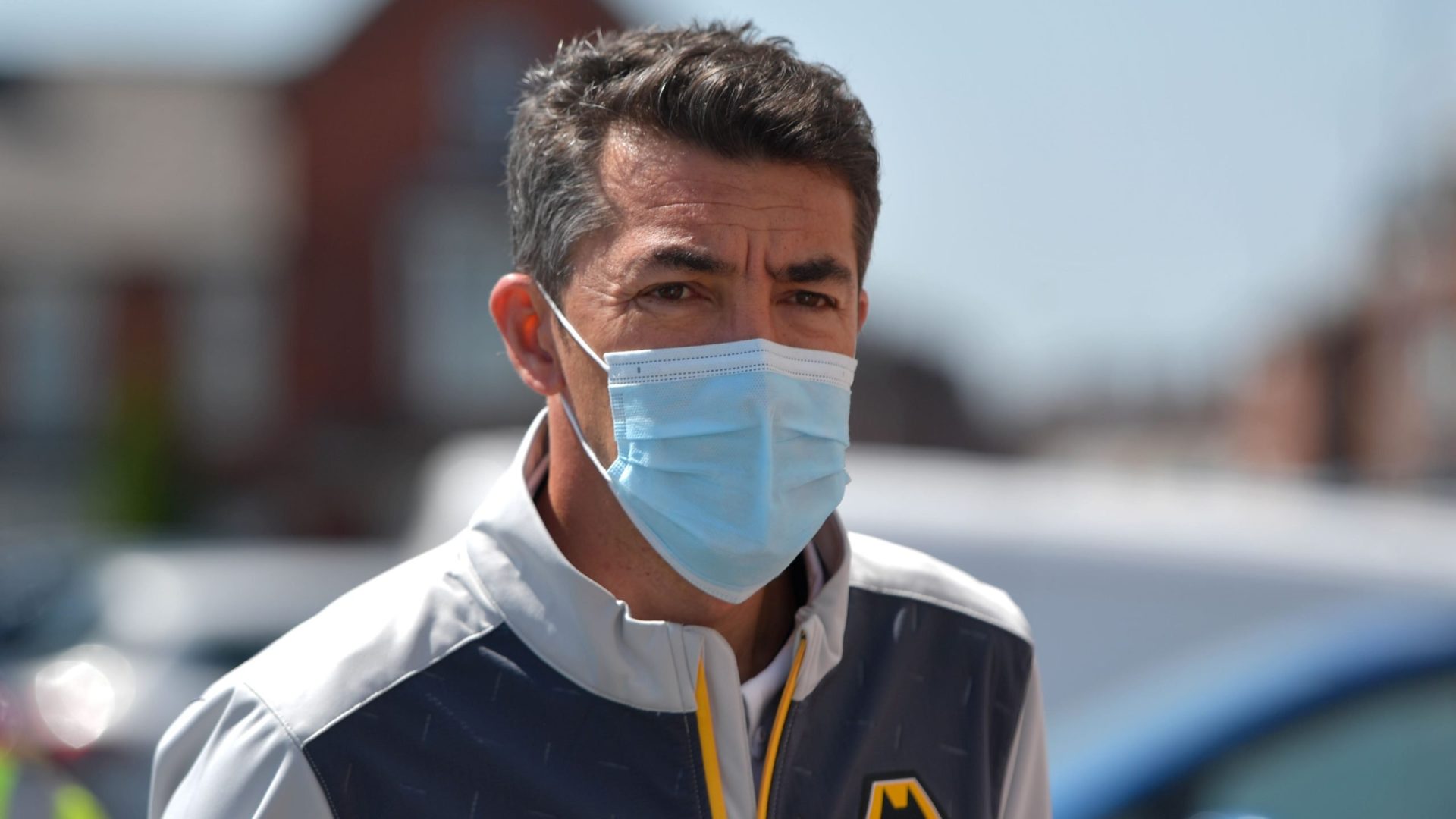 Lage missed Saturday’s 2-2 draw with Chelsea after testing positive for Covid-19, communicating with his coaching staff directly via a telephone link from the club’s training ground.

The 45-year-old, who is understood to be asymptomtic, was due to take further tests on Tuesday and Wednesday in the hope a negative result will allow him to return against the title-chasers.

In the event of Lage’s continued absence the team will continue to be marshalled by first-team coach Carlos Cachada, who has stressed the need for his players to cut out silly mistakes in their quest to finish the campaign on a high.

“In the second half (against Chelsea) we suffered two goals by mistakes but the guys showed some real character and the belief they could get back into the game,” said Cachada.

As well as potentially playing a pivotal role in the title race, with a game against Liverpool also still to come, Wolves have not entirely given up hope of clinching European qualification for next season.

They head into the game five points off seventh-placed West Ham but not without hope if they can capitalise on their game in hand over the Hammers by springing an upset against Pep Guardiola’s men.

Cachada added: “Firstly, we hope we can get the best result against City and secondly, the best points we can get until the end of the season, and if we can reach seventh place it is much better.

“The guys don’t talk about it (the title race) because we still have our aims and goals, and they are focused on that. The aim of the players is to get the best points we can get in the table.”

Wolves could name an unchanged side for the game with Daniel Podence still ruled out with a minor foot injury and Nelson Semedo and Max Kilman sidelined for the remainder of the season.