By Peter MartinMarch 21, 2016No Comments 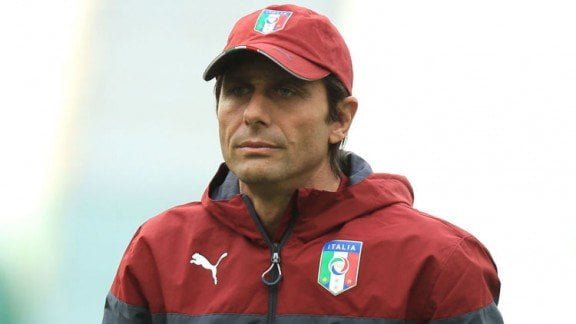 Italy head coach Antonio Conte has rejected all talk of taking over at Chelsea in the summer as he prepares for friendlies against Spain and Germany.

Conte has been linked with a move to Stamford Bridge to take over when interim manager Guus Hiddink’s contract concludes at the end of the current season.

But Conte, who said he would leave the national team after Euro 2016 to take a job in club management, prefers to focus on Thursday’s meeting with Spain and the game with Germany on March 29 ahead of this summer’s European Championship.

When asked about the Chelsea job, the Italian told a press conference in Coverciano: “There aren’t any offers in England tempting me because right now I’m still the coach of the national team and for me this is a fantastic experience.

“In the future, I will consider what is going to happen but my focus right now is completely on Italy. However, I do believe it was right to show transparency by announcing that I will not be here next season.

“All I know is that I won’t be here and I will return to club coaching and it is a decision not to be taken lightly. Let’s see what the future holds for me, whether it is in Italy or abroad.”

Conte has been forced to make one change to his squad due to injury to Torino forward Ciro Immobile with Anderlecht striker Stefano Okaka called up as his replacement.