By PLZ TeamFebruary 4, 2016No Comments 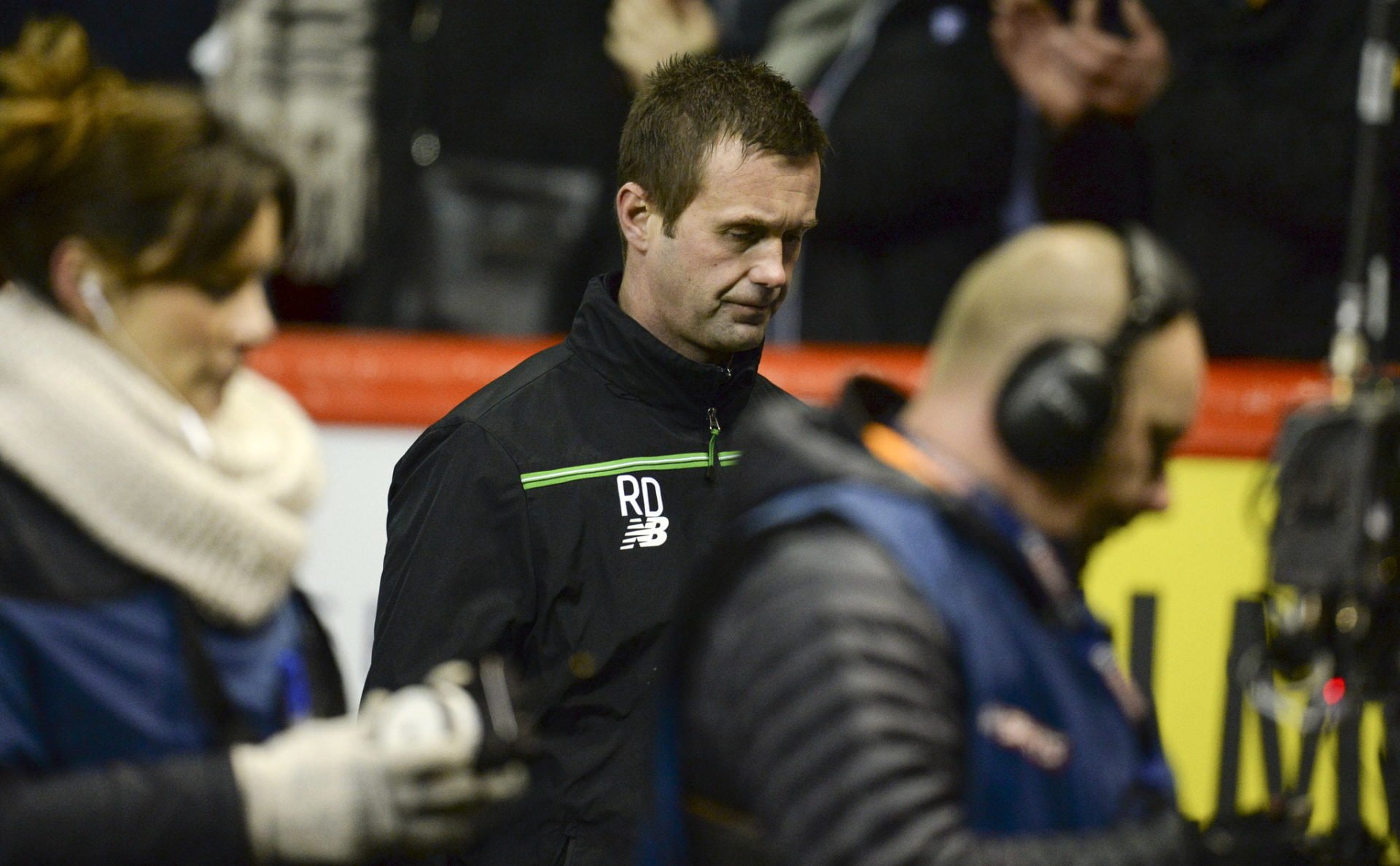 Celtic boss Ronny Deila says he won’t walk away from the job no matter how tough it gets.

The Norwegian’s position was under increasing pressure after Celtic saw their lead cut to three points following a 2-1 defeat to Aberdeen at Pittodrie on Wednesday.

The loss comes just days after their chances of a treble were dashed following their Scottish League Cup semi-final exit to Ross County.

Despite the double setback and disappointment in Europe this season, Deila vowed to carry on.

“I will never quit of course. This is a fantastic job and I see big opportunities here.

“The dream is to get into the Champions League. This is a Champions League club and we have to win the league and we are three points ahead. Everything is in our hands and there is a lot to play for.

“We will stick to what we believe in, which we done good a lot of times and fight to win the league.

“The most important thing is that everyone, the fans, everybody stands together and we are one team. Everyone wants to beat Celtic, take points but if we stay together there is a big chance to manage it.”

Not everyone seems so convinced and the support that Deila once had is starting to fade.

Former Celtic striker and Sky Sports pundit Andy Walker said the club should sack Deila after the defeat to Aberdeen while fans are becoming more disillusioned with the way club is heading.

Deila understands the concerns of the fans but has vowed to get Celtic back on track.

“Of course I want to be loved as well, as everybody else, but I understand that people are irritated and want better results but as I said I believe we can do this and we will fight the whole season.

“Everything is in our hands and I know the fans will stick with is as well because they are Celtic fans and that is going to be so important for the rest of the season.

“We need to get back on track and Sunday is a big opportunity. I know there is a lot of quality in this team and we are going to make it in the end.

“I know it is important to win the league. We want to be a Champions League team but if you don’t win the league then you have a big problem, so to win the league is an absolute must and everyone knows that.
“We are in a good position to do that and we are going to fight for that.”