Deila to leave Celtic at end of season 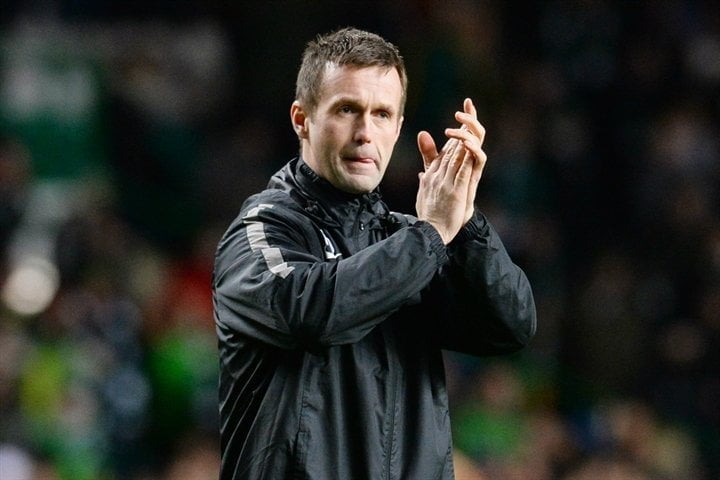 Ronny Deila will leave Celtic at the end of the season, the club have confirmed.

The defeat to their fiercest rivals Rangers in the Scottish Cup semi-final on Sunday capped off what has been a hugely underwhelming season for the Scottish champions.

A disappointing European campaign was followed by elimination in the League Cup by Ross County at the semi-final stage before the Old Firm defeat proved, ultimately, to be fatal to Deila’s hopes of remaining at the helm.

Now the club have put an end to days of speculation about Deila’s future.

“It is vital that the Club comes first and instead of me being the focus, hopefully now the team and the club can be the focus as we enter this final important period of the season,” Deila said on the club’s website.

“It was an absolute privilege to be named manager of Celtic, such a wonderful football club, and I have enjoyed my time here immensely.

“I will never forget the welcome I received almost two years ago at Celtic Park from so many fans. When I joined Celtic I knew I was coming to one of the world’s great football clubs.”

Deila arrived at Celtic Park succeeding Neil Lennon in 2014, with a burgeoning reputation as a young, talented head coach after leading Stromsgodset to success in his native Norway.

The 40-year-old won the double in his first season in charge of the club and is on course to clinch five in a row for the Hoops.

However, his struggles in Europe with Celtic failing to qualify for successive Champions League campaigns was to prove his downfall, whilst bringing the club a treble amidst Rangers demise was a target that remain unfulfilled.

“There have been some great times and I am delighted that we have brought some trophies to the Club,” he said,

“I was delighted in my first year to bring our fans a League and Cup double and enjoy some European nights at Celtic Park, and I am pleased this season to be well in contention to win another Premiership title.

“There have been some disappointments and times when we have not achieved what we had hoped for and I’m realistic and honest enough to admit that, but I know that the players, myself and my backroom team have always given everything we had to bring success to our supporters.”

Now Deila’s focus is on winning the remaining five games and finishing with a flourish at Celtic Park.

“My total focus now is on retaining our Premiership title and making it five-in-a-row for our great club and proving that we are the best in the country.

“Myself and the players will be giving everything we can to achieve this and I know that starting on Sunday we must all unite and drive the Club on and really go for what we all want as Celtic supporters – to be Scottish Champions once again.”