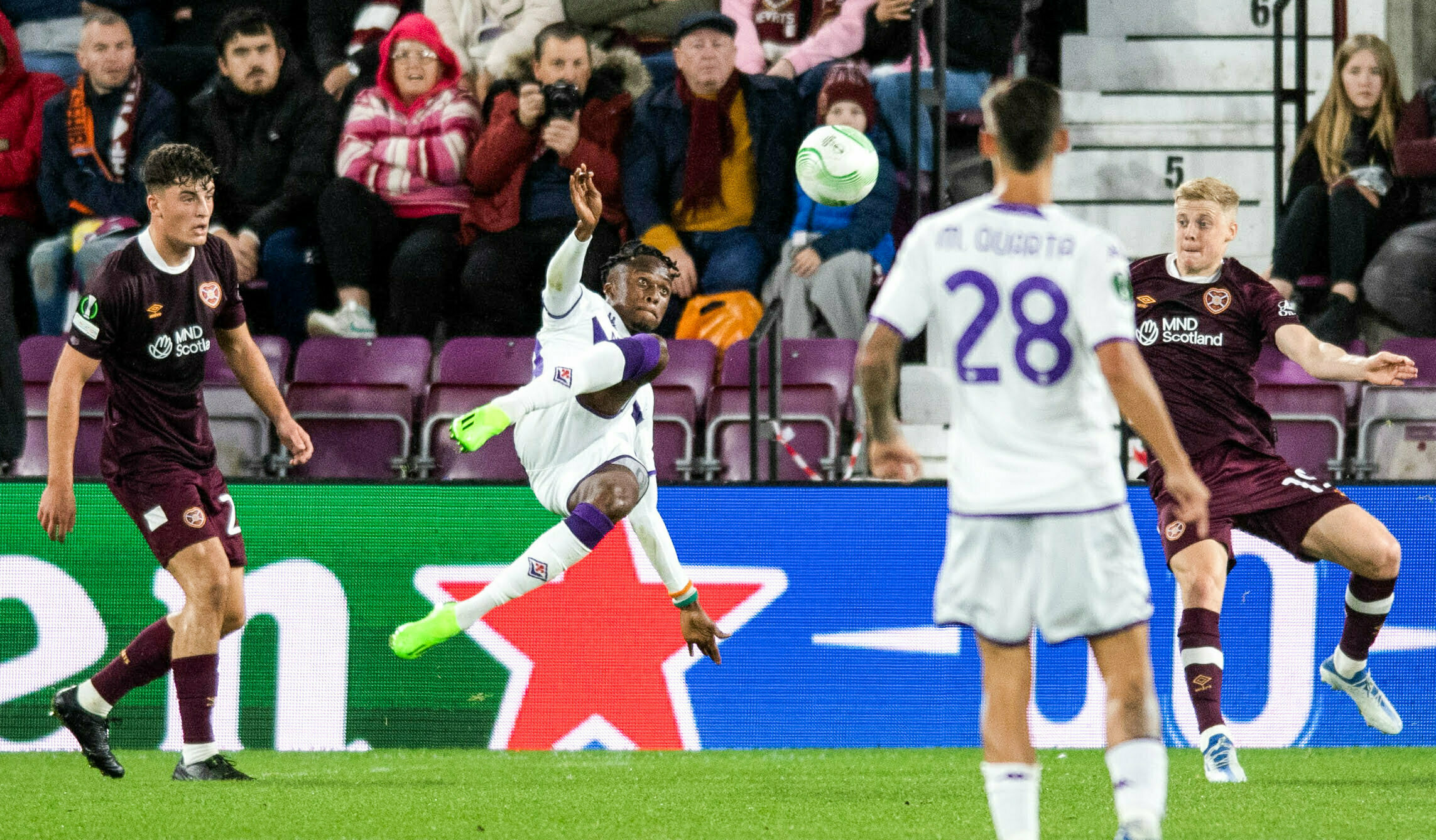 By Blair MalloyOctober 6, 2022No Comments

Fiorentina cruised to a 3-0 victory over 10-man Hearts at Tynecastle, on a night where the winning margin could’ve been much more.

A first half header from Rolando Mandragona, before a stunning acrobatic effort from Christian Kouame and a late Luka Jovic strike, was enough to see off the Scottish side, who had Lewis Neilson sent off minutes after half time.

Robbie Neilson’s men were looking to make it two wins in a row in their UEFA Europa Conference League group, following a 2-0 win away to Latvian minnows Riga last time out.

Despite the fiery atmosphere at kick off, the home fans were silenced within three minutes as the visitors went ahead.

It could have been two before the 15-minute mark, with Jovic sending another free header over the bar. The former Real Madrid man disappointed not to have buried La Viola’s second.

As the half wore on, Hearts found it more difficult to get a grip of the game. Stephen Kingsley went into the book before the half hour mark for a tackle that exemplified the home side’s frustration.

It was Fiorentina’s ball in the first half, and they decided what game was getting played.

Hearts meanwhile looked like visitors on their own park.

The Italian side then made it two, minutes before the break. Ivorian forward Kouame produced an overhead scissor kick from close range, giving a half-time score-line much more realistic of the visitor’s dominance.

Hearts started the second half brightly, with Barrie McKay giving the home fans cause for optimism.

That hope was soon dashed however as the Edinburgh side went down to 1o men.

Lewis Neilson was sent back to the dressing room, two minutes after re-appearing for the second half, for a pull on the shirt of Luka Jovic. The Serbian forward was judged to be clean through on goal before the defender dragged him back.

Fiorentina put the game to bed with 10 minutes remaining as Jovic finally got on the score sheet.

The 24-year-old, who had passed up a host of opportunities earlier in the game, provided a sweeping finish to round off a clinical counterattack.

Hearts will now go to Florence looking for a result to keep their dream of qualification out of the group alive.