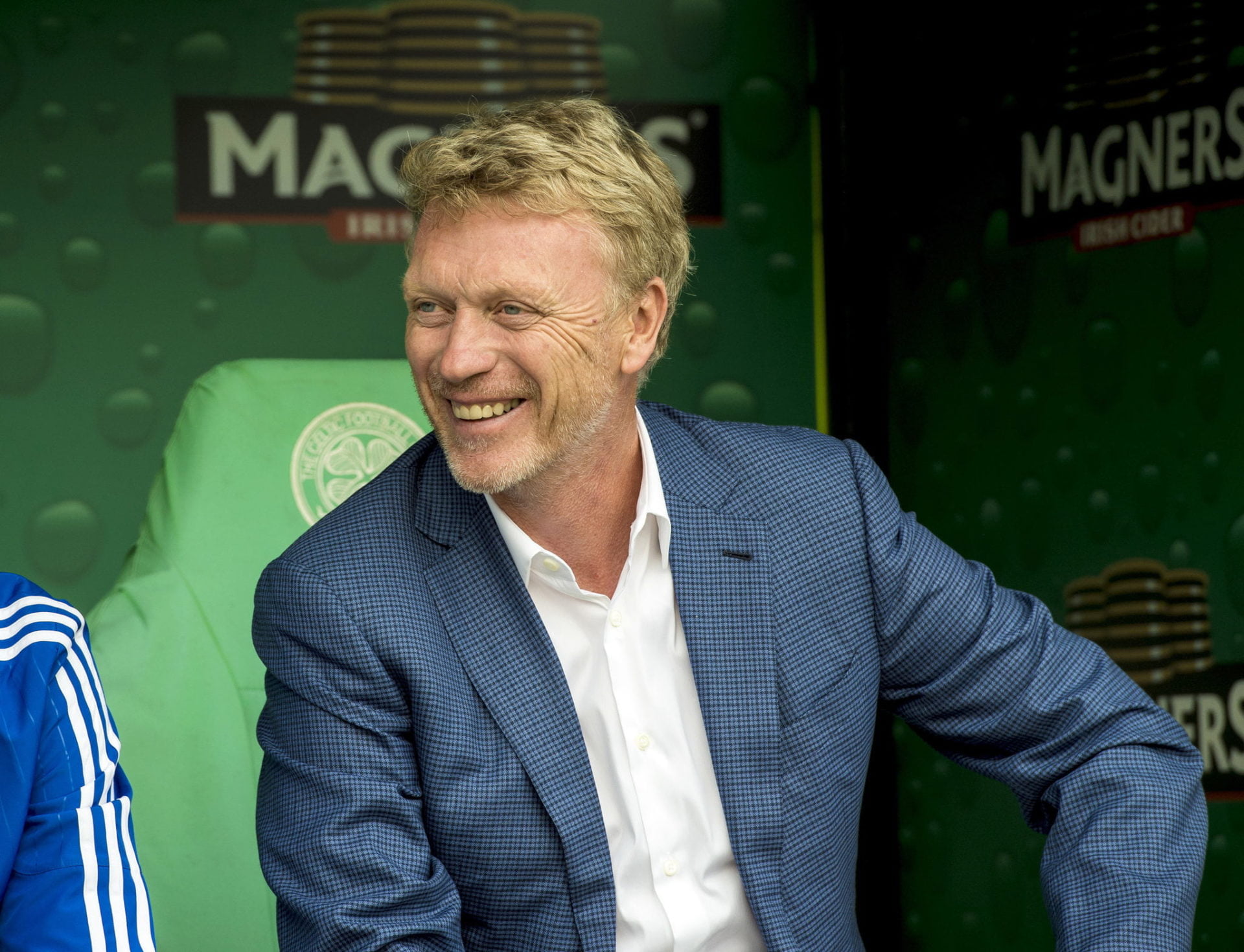 Now is the time for Celtic’s majority shareholder Dermot Desmond to pick up the phone and secure David Moyes as the next Celtic manager, not chief executive Peter Lawwell, Dermot Desmond.

There is a moment when a window of opportunity comes along and this is that moment.

It is up to Dermot Desmond to reveal to the Celtic fans if he has any ambition left to revive the club’s european standing with an experienced manager that can get Celtic back mixing it with the big boys.

Just as he did with Martin O’Neill at the start of 2000, the Celtic kingpin has to go and make the deal with a man I believe now wants the job, if Celtic agree to certain conditions.

This is not about Moyes’ own financial renumeration.

This is all about power, ambition and desire to win trophies over a sustained period of time with an owner who buys into the plan.

The terms are simple, much as they were for Martin O’Neill.

Moyes is the manager.

He decides transfer policy, he has a budget to go and buy one, two or three quality players to supplement the young Scottish talent that he will develop.

There has to be a desire to allow him the time to build a legacy that will cement the club’s future for the next decade.

Moyes has been offered numerous jobs in the English Premier League since leaving Real Sociedad. None of them offered long term stability and their track record backed that up.

European jobs have also been offered but, again, it has to be the right fit for a man desperate to win silverware and pit his wits against Barcelona, Bayern Munich and the likes in the Champions League.

He is not looking to be bank-rolled with millions upon millions, he is aware Celtic has to punch above its weight and he is willing to do that, if his blueprint is agreed to by the majority shareholder.

Celtic can continue with Ronny Deila, they can “back their current manager not sack him” as the chief executive defiantly proclaimed to all and sundry only months ago or they can reverse the trend of apathy towards the wrong man for the big job.

The Celtic fans want change and they want it now.

A 3-0 win over Morton and just pipping a mediocre Aberdeen team to the title is not good enough.

Empty seats and a drop in season ticket renewals is next on the agenda, at a time when Celtic should be loading the bases getting ready for the return of Rangers to the Premiership.

The prospect of Rangers return and building an exciting team to make it to Europe’s premier tournament has prompted a moment of intrigue and interest in Moyes. He will now listen to Desmond, if he is serious.

In England this summer, only a certain amount of jobs are about to become available. Tottenham is a possibility if Pochettino is poached, but do they stick by their managers?

This is the moment for Celtic to respond to the fans wishes and go get an experienced manager with a good pedigree, a knowledge of the club’s standards and a desire to get Celtic into the Champions League on a regular basis.

You can pick up the phone now Dermot or continue down this path of mediocrity and excuses.