Lingard: Blame us, not Van Gaal

By Peter MartinFebruary 4, 2016No Comments 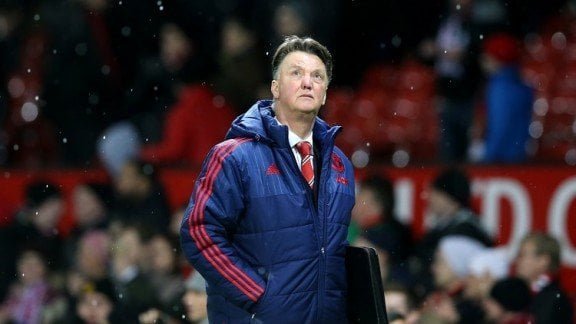 Jesse Lingard insists Manchester United’s players are to blame for the club’s poor form this season, rather than manager Louis van Gaal.

United recorded back-to-back wins for just the second time in three months on Tuesday after they beat Stoke 3-0.

The excellent display of vibrant attacking football was in complete contrast to most of the performances under Van Gaal this season.

For most of the campaign, the Red Devils have been ponderous in possession and weak in front of goal.

That combination has left them fifth in the table and has caused Van Gaal to feel the ire of the supporters on several occasions, but Lingard is adamant the manager is not to blame for United’s current predicament.

“With the results, it’s not the manager’s fault,” said the United midfielder, who put the hosts one up against the Potters with his third goal for the club.

“We are the ones who have been on the pitch playing. On Tuesday, you’ve seen that we can get results we need if we put our mind to it.”

Lingard’s stooping header put United ahead in the 14th minute and Anthony Martial scored a stunner to double the hosts’ lead before Wayne Rooney wrapped up the win after the break.

Van Gaal’s team looked nothing like the one that has recorded seven goalless draws this season. Martial in particular starred on the left-hand side, giving Glen Johnson and then Phil Bardsley a torrid time with his pace and trickery.

The Red Devils have now scored six goals in their last two matches and Lingard suggested Van Gaal had removed the shackles with his tactical orders recently.

“Now we are playing with that freedom and we’ve got a lot of energy in the team,” said Lingard, who joined the club aged seven.

“To be mixing up the positions and entertain the crowd, we’ll have to do that, but it’s that freedom that we have, it’s a weight off our shoulders and we can just play football now.”

The 23-year-old admitted the current campaign had been “difficult” for the team, but insisted the players would be successful with the fans’ support.

Should any more criticism come from the stands, Lingard believes he and his team-mates should ignore it.

“It’s hard, but we have to concentrate on the game,” said Lingard when reminded of supporter unrest during the 1-0 defeat to Southampton 11 days ago.

“We can’t let the fans influence how we play. We are on the pitch. We have to play the game as we see it at the time.

“We showed great character to do that in the last game and were unfortunate not to get the result against Southampton but we bounced back against Derby and against Stoke.”