By Peter MartinJanuary 13, 2016No Comments 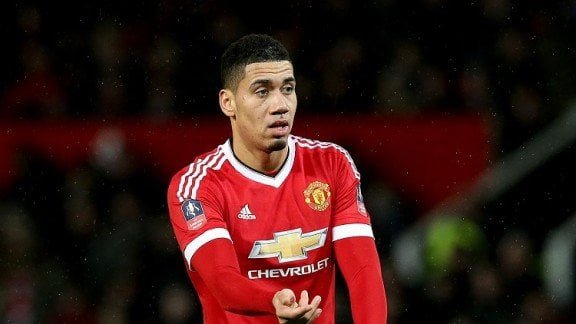 Manchester United defender Chris Smalling has urged referees to be more consistent in their calls following their 3-3 draw with Newcastle United.

It proved an eventful evening on Tyneside for Smalling, who unwittingly deflected Dummett’s strike past helpless keeper David de Gea after conceding the penalty from which Aleksandar Mitrovic made it 2-2 following a wrestling match with the Serbia international.

The 26-year-old was astonished to see referee Mike Dean, who had earlier awarded United a penalty for handball against Chancel Mbemba, point to the spot after allowing a series of other tussles go.

Smalling said: “We were both jostling for positions throughout the game. The referee said we were both at it, so he didn’t give anything and I think there needs to be that consistency with the decisions.

“You can see my shirt was clearly pulled as well, so it’s just about consistency. If you’re going to give them, fair enough, but you need to be giving them on a regular basis.”

Smalling is hoping they can take out his and United’s frustration on Jurgen Klopp’s Liverpool side by completing a double following their 3-1 victory over their rivals at Old Trafford in September.

He told MUTV: “In recent times, we’ve done very well against them – obviously this year at Old Trafford and last season we’ve got very good results, so we’re very confident of going there and causing them a problem.”