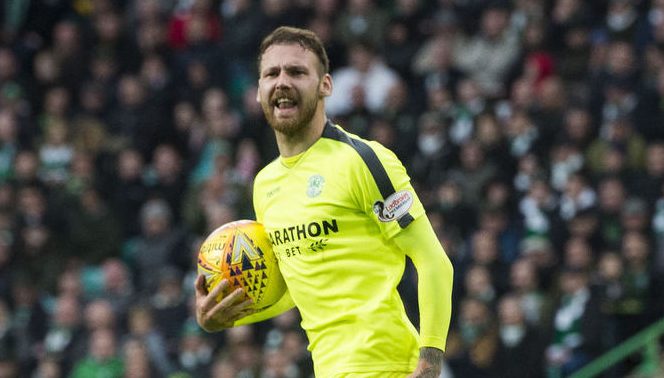 Martin Boyle has signed a new Hibernian deal until 2024, the club have announced today.

The winger pens the new deal just days after the Easter Road club rejected a £500K bid from Aberdeen.

The Australian international scored 12 goals in 15 games for Hibs last season. Boyle has scored 5 goals in Hibs’ first 7 games of this season.

Martin Boyle said: “It’s a great feeling to agree a new deal at a football club that means a lot to me and my family.

“I think everyone can see how much I’m enjoying it here and how my own game is benefitting from that.

“As a team we’re always looking to improve and that’s key for me. Everyone can see the desire from the club, the players, and the management staff to progress and challenge for trophies and European football; that excites me and that’s where I want to be.

“If we keep working hard, then hopefully we will be able to create more highs than the ones we’ve already had.”

Head coach Jack Ross commented: “Last season, his numbers for goals and assists were outstanding, and he’s started exactly the same this season as well. You can tell he’s feeling good and he’s right at it.

“For me, he’s as good as anyone in this country in his position, and long may it continue because he’s a major asset for us.

“He’s also a really good character, brings energy to the club every day, and works really hard for the team. He’s a player of real quality and a really good person for us to have at this football club.

“I’ve had long conversations with our new CEO Ben Kensell about building something here and he has been hugely supportive in aiming to keep our best players at the club.”

Sporting director Graeme Mathie added: “It’s really important for us to have sustained success and to build on last season and to do that we have to keep our best players at the club; that’s why we’re delighted to keep Martin with us.

“Like Jack has mentioned, Martin has been terrific for us over the last 18 months, and you can see how much he flourishes in this system.

“I’m looking forward to many special performances from him, and the team, in the future.”