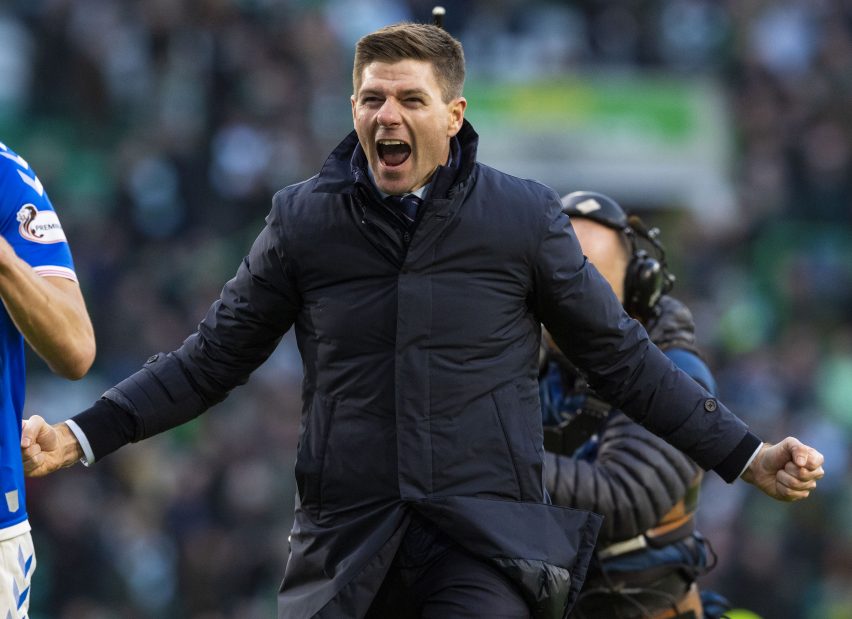 The best team won yesterday and that was Rangers.

There’s a title race on now and the big question is how Rangers come out of the traps after the winter break.

In the second half of last season, an early defeat to Kilmarnock further draws against St Johnstone, Hibernian and Killie and a crushing defeat to Celtic in March killed off Gers title challenge.

This season, however, there seems to be a mental toughness and greater belief in Steven Gerrard’s side.

They moved the ball better and had a solid back four, Katic and Barasic the stars of the show, ably assisted by the smooth Steve Davis and willing foot soldiers in Jack, Kamara, and Aribo.

Ryan Kent’s goal after the Celtic penalty miss was brilliantly executed and to coin an old Glaswegian phrase, Celtic’s equaliser was ‘jammy’ to say the least.

Neil Lennon’s team were ‘off it’ all over the park. James Forrest looked as if he’d won a competition to play in an old firm game. He was rarely seen. Frimpong must have watched the Mikael Lustig art of passing the ball backwards video and Mikey Johnston looked as if he was weighed down by his new five-year contract, he kept running into a blue wall.

As for Bioli Bolingoli, sooner or later, the penny will drop with Neil Lennon that the Belgium defender is not cut out for this level of football. I’ve had my run-in with Neil on the left-back this season already, he’s got to go.

The small band of Rangers fans enjoyed their day and no one could begrudge them a party, they’ve waited almost a decade to sample a win at Celtic Park. What a pity more of them couldn’t be there to savour the match. The Glasgow derby killed off as a spectacle by Dave King listening to a group of numpties complaining that there are too many Celtic fans always celebrating at Ibrox.

Steven Gerrard got the tactics spot-on and deserved to punch the air with delight and scream into Sky’s mobile camera at the final whistle. His pedigree as a manager is growing week by week at home and in Europe.

The one note of caution, he has to win something or his managerial career will mirror his playing career on winning the most important trophy of all. Can he guide Rangers to the title? One hundred percent! Does he need new faces? Absolutely!

The Rangers board have thrown the kitchen sink at stopping nine in a row, never mind ten. If they can throw the last of the cupboards and the floorboards in the January transfer window, he just might achieve what many thought impossible.

What about Celtic? All eyes on Peter Lawwell.

Nobody will remember eight in a row, it will mean nothing. Nine is a must, ten is the holy grail and the Celtic Chief executive’s legacy hangs on what he does to support Lennon in this transfer window.

If he waits until the last day of January to sign players knowing they will make more interest on the £65m they now have in the bank, the fans will never forgive him.

He has to act quickly at the start of 2020 to send a rocket up the arse of some players who are clearly living on past glories. Scott Brown is hurting, he needs help, Odsonne Edouard is isolated and needs back up. Bolingoli needs a new club.

Rangers in the driving seat with a game in hand sit two points behind the Champions. There will be more than a few twists and turns still to come. We have been begging for a title race for years and this season we finally have it. Strap yourself in and enjoy the ride, this one is going to be nail-biting and a bumpy one too!