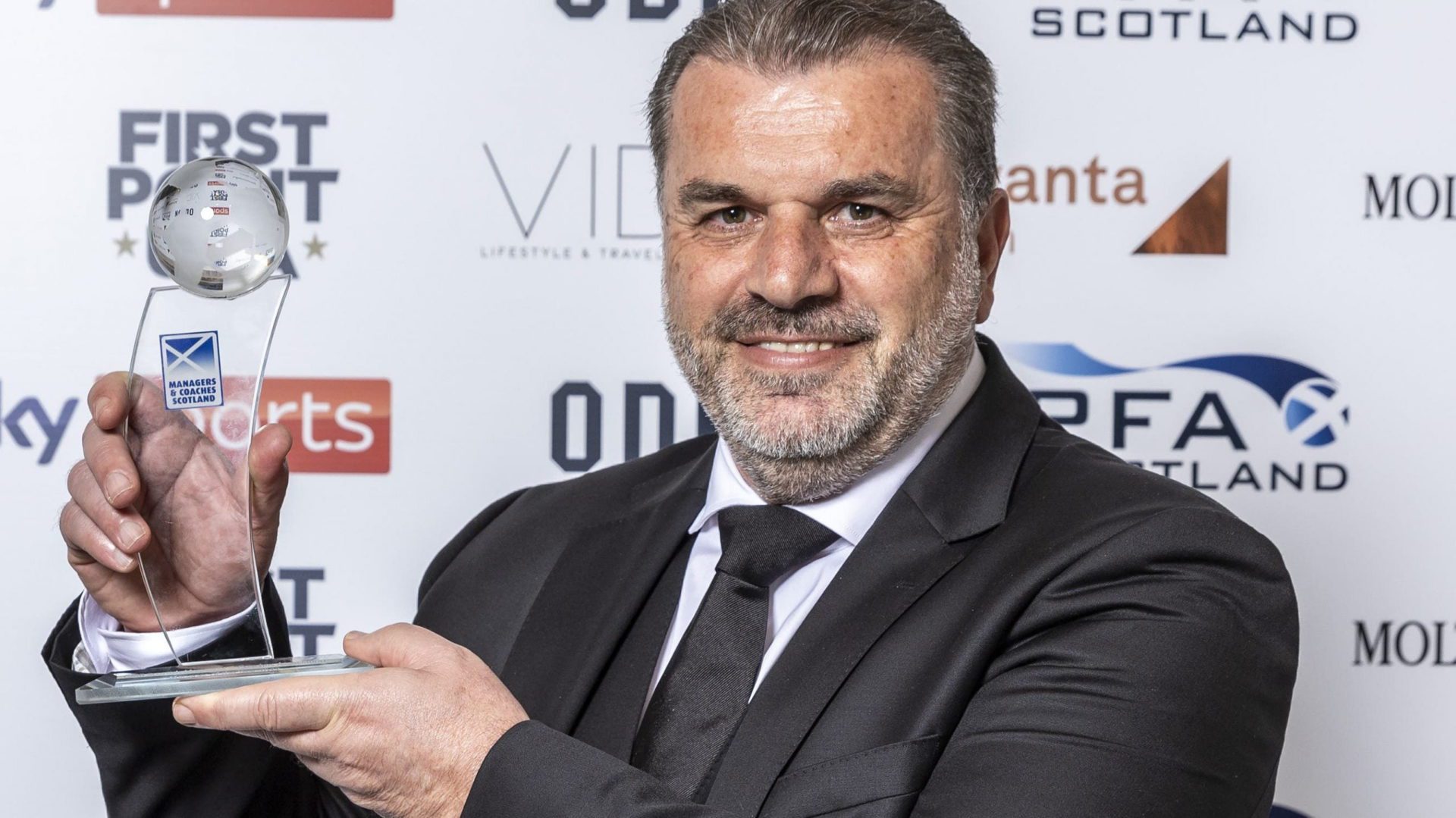 Ange Postecoglou understood the scepticism in the early stages of his Celtic rebuild but feels his PFA Scotland award shows the challenges he faced were recognised.

Postecoglou collected the prize for manager of the year, which was voted for by the Scottish league’s 42 bosses.

The Australian is on the cusp of delivering the cinch Premiership title in his first season in charge after Sunday’s 1-1 draw with Rangers left Celtic six points and 19 goals clear with three matches remaining.

The healthy lead was perhaps an unlikely scenario seven games into the season when a home draw with Dundee United left Celtic in sixth place on 10 points.

Postecoglou refused to share the doom around the title race at that early stage but he took no pleasure in proving the doubters wrong after collecting his prize.

“It’s not what drives or motivates me,” the former Australia head coach told Sky Sports News.

“I’m not too harsh on people – the jury was out on me, I understand that there wasn’t a great recognition of what I had done. When you come from the other side of the world, that’s understandable.

“It was up to me to show people what I could do. And, with a lot of support, people will recognise the challenge that I had.

“Particularly in a year most people thought would have been a transition year, we have managed to be really competitive and hopefully the next couple of weeks we can tick off the big one.”

“I think it’s representative of not just my work but all the staff this year,” he added.

“It’s been a big challenge for us and I think people have recognised that. It’s great, particularly when it’s voted for by your peers because they understand what you are going through. So, very proud.”

Postecoglou retained the services of coaches John Kennedy and Gavin Strachan among others despite some Celtic fans calling for a clean slate after a barren season.

“I didn’t know them at all and they have been tremendous,” Postecoglou said.

“It was my call to not bring anyone in, to come in myself and asses the staff I had, and the key to that was being able to get them to more or less believe in me.

“They have been outstanding, led by John Kennedy. He has been at the club for a long time, he understands what success looks like.

“But all the staff have been great in terms of their support for me from day one and, for us to be in the position we are, it has taken a massive collective effort.”

Skipper Callum McGregor has been a key part of that effort and the midfielder was voted player of the year ahead of Rangers counterpart James Tavernier, team-mate Tom Rogic and Ross County winger Regan Charles-Cook.

McGregor said: “To be voted by your fellow professionals, it’s a lovely feeling to know that they recognise the job you are doing on the pitch.

“You never win these awards without good players and good people beside you so it’s a shout-out for them as well.

“The team have been fantastic this season and they have really helped everyone blossom individually as well.

“I think we have had a good season and hopefully we can cap that off in the next couple of weeks.”