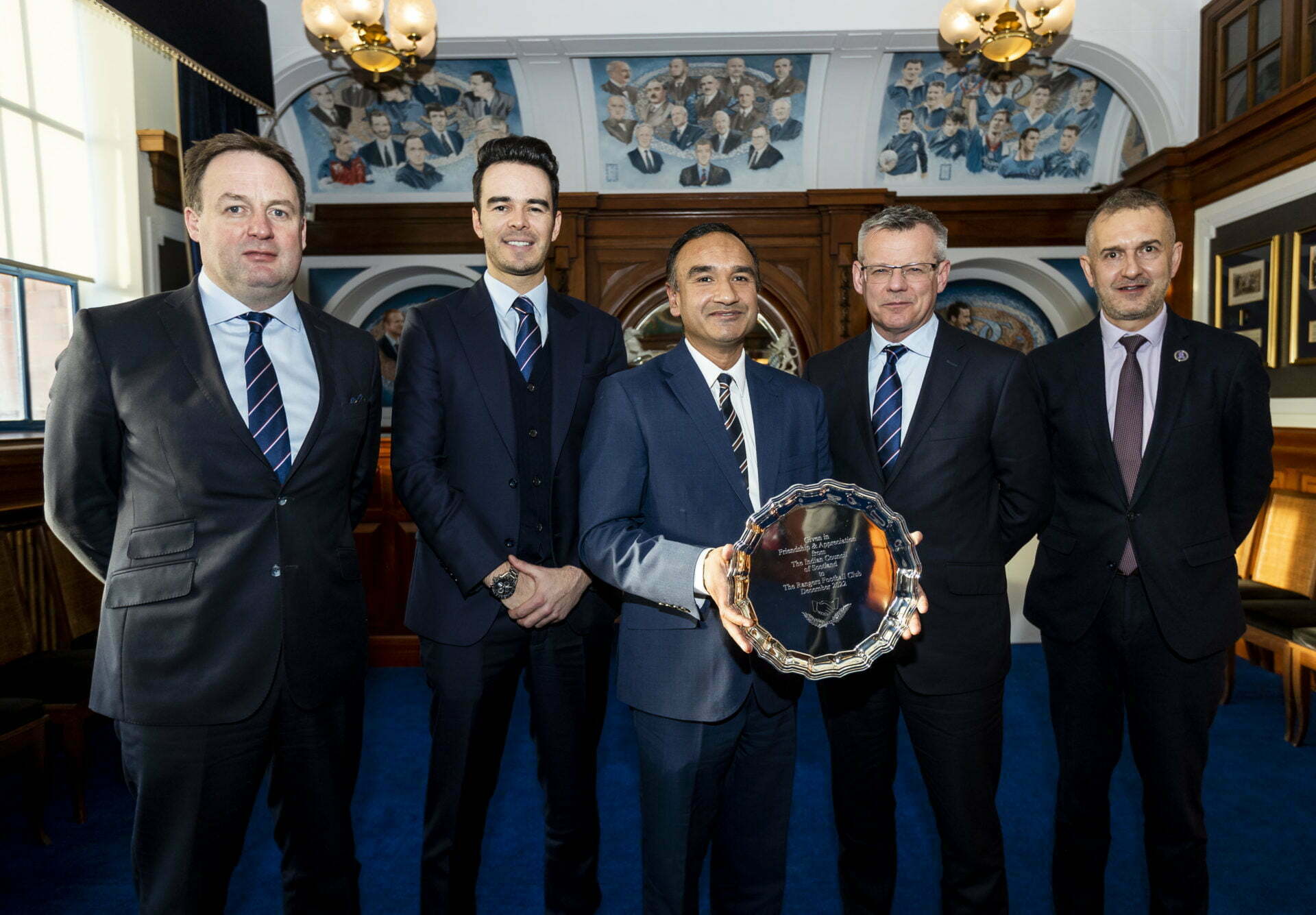 Rangers win prestigious award for ‘Everyone, Anyone’ campaign

By Cheryl SmithDecember 13, 2022No Comments

Rangers have been handed an award for the work done through the club’s ‘Everyone, Anyone’ campaign.

The Indian Councils of Scotland and UK have handed the Ibrox side a special award for Outstanding Achievement for Community Relations.

Neil Lal, Chairman and President of both the Scottish and UK Indian Councils, said: “The Indian Councils of Scotland and the United Kingdom are delighted to recognise Rangers Football Club for their outstanding contribution and leadership to community cohesion and tackling all forms of discrimination.

“We commend the Managing Director, Stewart Robertson, and the board of Rangers for their commitment to ensure people of all backgrounds and cultures can enjoy football in a safe and tolerant atmosphere.

“The leadership and commitment shown by Rangers FC for their ground-breaking diversity and inclusion campaign, ‘Everyone Anyone’ is worthy of the highest praise.

“Being Scotland’s largest and most successful football club is a great responsibility – but Rangers consistently rise to the challenge, and we are delighted to recognise Rangers Football Club for their continued commitment.

“We are also delighted they’ve begun fostering excellent relations with the football community in India. And, following recent discussion with Rangers, the Indian Councils of Scotland and the UK pledged to support Rangers FC with all their developmental work in India.”

Mr Lal added: “The tribute the Rangers fans paid to Queen Elizabeth II before their Champions League match against Napoli was truly magnificent.

“I know it impressed many out with Scotland, and the glorious tribute not only touched the hearts of many here in Britain, but also in India and across the Commonwealth.”

Managing Director Stewart Robertson said: “We recently hosted members of the Indian Councils of Scotland and the UK at a match at Ibrox.

“I didn’t realise they were in the final stages of their assessment of us as a club and our suitability as a recipient of this award.

“This award is a credit to all our staff and our fans. It’s an honour to receive this on behalf of Rangers Football Club as our Everyone Anyone campaign represents our core values and sends a clear message of inclusion, togetherness and zero-tolerance to all forms of discrimination – on and off the pitch.

“We feel it is the responsibility of everyone associated with the club – fans, players, staff, the board and the wider community – to help create a positive environment where our differences are celebrated, our shared bond is our love of Rangers, and no one is excluded.

“We look forward to working with Mr Neil Lal and his colleagues at the Indian Council of Scotland and the Lal Sharma Charity Foundation.”