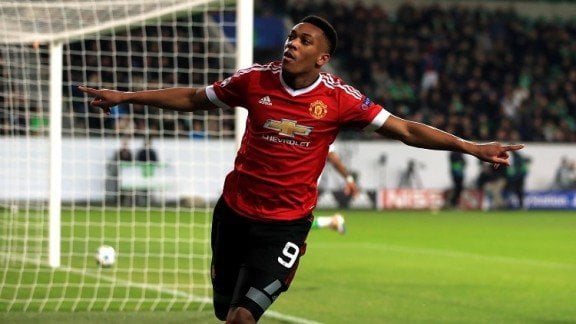 Manchester United forward Anthony Martial and Leicester striker Jamie Vardy have been clocked as the fastest players in the Barclays Premier League this season.

EA Sports’ Player Performance Index shows both players have recorded a speed of 22 miles per hour over five seconds, with Vardy setting the pace back in August in Leicester’s 2-1 win at West Ham.

Manchester United published the findings on their official website, adding: “The identity of United’s fastest player has been debated among the first-team squad for the last 12 months with Chris Smalling, Antonio Valencia, Luke Shaw, Ashley Young and Wayne Rooney all among the leading contenders. Yet that debate was eventually put to rest when the captain was clocked at 35 kilometres per hour during the 3-1 win over Aston Villa in April 2015.

“Interestingly, Rooney’s figure from last campaign equates to 21.74mph and that is, of course, just slightly slower than Martial’s top speed registered against the Magpies.”