By Peter MartinOctober 28, 2015No Comments 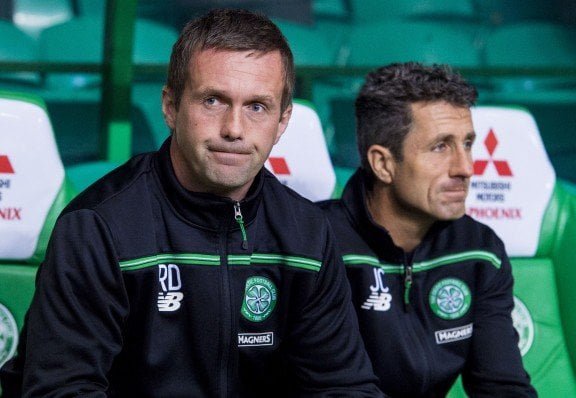 If Ronny Deila thought the reaction to his team’s defeat to Molde in the Europa League was over the top, he better prepare himself for an even higher level of discontent, if Hearts knock Celtic out of the League Cup tonight.

This is one of those ’Spinal tap’ moments when the volume goes all the way up to eleven, if the cup holders are knocked out at Tynecastle.

It is without doubt one of the best stadiums for atmosphere in the country, but fans don’t win matches and even if the Hearts fans crank it up to eleven, Celtic should have more than enough to deal with what the home players throw at them tonight.

That’s not to say that tonight’s match is a foregone conclusion, it can’t be with Celtic’s defence, but the difference in movement and technical ability from Europe to domestic football is quite clear.

John Collins may have suffered the wrath of many a manager and player for his comments about players not being ‘clever enough’ or ‘quick enough thinkers’ in Scotland, but the evidence is clear when you consider Celtic’s form domestically compared with performances in Europe.

Only Hearts have taken anything from Ronny Deila’s men in the last month in the Premiership, although the 0-0 flattered the visitors at Celtic park.

This evening, it’s more the timing of the result that matters more than anything.

Celtic gained no respect for thumping Dundee United 5-0, because the defeat to Molde is where judgement lies.

The Champions and cup holders should win a double minimum in a league without Rangers and Hibernian.

However, because of the recent criticism of the manager, his team selection, the defence and apparent unrest among players, Deila’s men must win tonight or the calls for the Celtic manager’s head will increase right up to eleven!