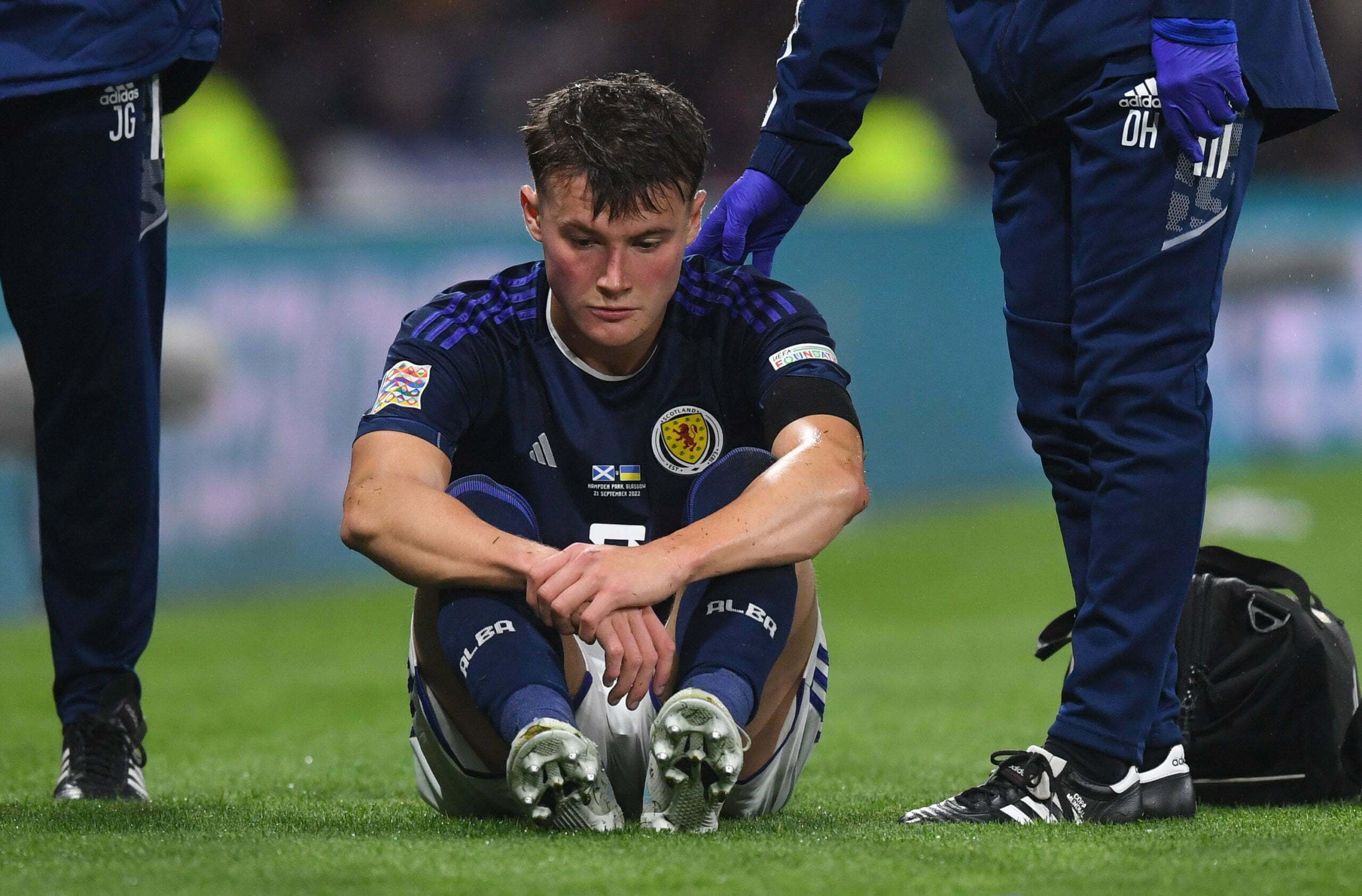 By Blair MalloySeptember 21, 2022No Comments

Scotland took on Ukraine in the Nations League, in a repeat of the World Cup Play Off Semi Final in June where Ukraine ran out 3-1 winners.

Steve Clarke’s men were looking to overtake their visitors in group B and take top spot in their section, pitting them on course for promotion to the top tier and the possibility of a more direct route to Euro 2026.

The first glimpse of a chance came in the 12th minute when Ryan Christie flashed a ball across the face of the goal which was just out of reach of the arriving Che Adams.

Stuart Armstrong tested Anatoliy Trubin just after the 20th minute mark when his snapshot was parried away, the ball looked to falling at the feet of Ryan Christie but the Bournemouth winger couldn’t adjust his feet quickly enough as the ball escaped him.

The home side were dealt a blow early as Nathan Patterson had to be withdrawn after 25 minutes. The Everton full back left the field on a stretcher after an ankle injury to be replaced by Brentford’s Aaron Hickey.

Mykhalo Mudryk was beginning to cause problems in the Scotland defence, his agile feet opening up space for Ukraine in the final third without creating any clear-cut opportunities.

Valerii Bondar entered the book for a cynical block on Che Adams, bringing a quick counterattack to a halt minutes before half time. The visitors may count themselves lucky not to be down to 10 men with the covering Matvienko behind Adams when he was body checked by the Ukrainian defender.

Scotland came the closest to carving open a clear chance, but lack of a clinical finisher may prove costly as the game wears on.