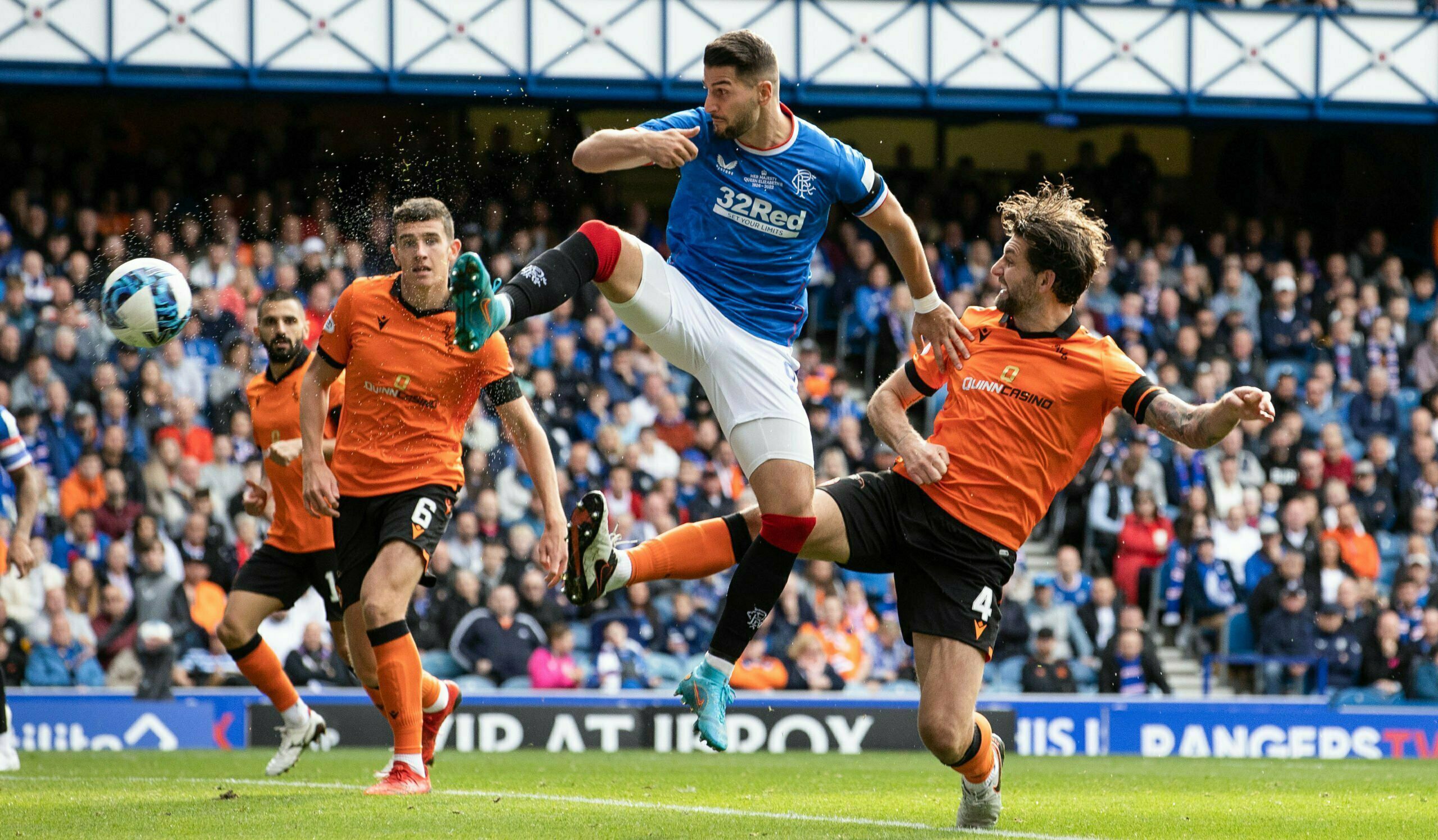 By Blair MalloySeptember 17, 2022No Comments

Rangers manager Giovanni Van Bronckhorst reacted to 3 successive defeats by bringing Leon King into the defence in place of James Sands and handing a debut to promising midfielder Charlie McCann.

The home started with the same intensity that they had against Napoli on Wednesday, and it was soon rewarded. It was 11 minutes into the game and captain James Tavernier lead a devastating counterattack before finding Antonio Colak in the box, who finished clinically on his 29th birthday.

Rangers started the second half the same way they had started the first and were soon further ahead. Borna Barisic found his fellow Croatian internationalist Colak who latched on to his cross to get his second of the day with 49 minutes gone.

The away side introduced Sadat Anaku for Glenn Middleton and the Ugandan forward instantly had a hand in getting United back into the game.

Some excellent work by the forward found Liam Smith who seen his driven shot hit the roof of the net and breathe new life into a game that the home side were looking to kill off.

The Rangers fans were growing impatient as the half wore on and they watched on as their side squandered a host of chances.

Colak’s double either side of half time proved to be enough for Van Bronckhorst’s men who secure a vital win to keep pressure on leaders Celtic.

Jim Goodwin gave Luis Lopes his first start and it took only 4 minutes for his decision to be vindicated. The forward known as ‘DUK’ got in at the back post to give the Dons an early advantage.

Hibernian responded well to going behind as Ryan Porteous, Elie Youan and Josh Campbell all had attempts on goal for the home side.

There was drama just before half time struck, Aberdeen were reduced to 10 men as Liam Scales picked up a second yellow card in conceding a penalty.

Martin Boyle stepped up and made no mistake, slotting the ball home and putting the home side in the driving seat heading into the second 45.

The home side turn up the pressure on 10-man Aberdeen and eventually made the breakthrough just after the hour mark. Chris Cadden slipped in Campbell who made no mistake to notch his third of the season and put Hibs on course to leap-frog their visitors in the table.

Campbell was soon at it again as the midfielder prodded home his second goal of the day to give his side a 3-1 lead and all but secure the points with 15 minutes remaining.

Hibernian dominated the game from the minute the red card was produced, which effectively killed any hope Aberdeen had of leaving the capital with the points.

Livingston looked the better of the two sides in the opening 45, the best chance of the opening minutes falling to Stephane Omeonga who blazed over after a well worked move.

The home side made the early pressure count as they opened the scoring on the 25-minute mark. Christian Montano got his third goal this season and made it 2 in 2 after he got on the end of a Sean Kelly corner to head the Lions in front.

David Martindale sees his side in a remarkable third place after recording their fourth win of the season.

A win for either side here would propel them towards top 6 and away from the wrong end of the table.

Forward Stevie May saw a looping effort come back off of the post as the home side pushed for the opener early on.

In a game of few chances a point a piece was perhaps the outcome both deserved.