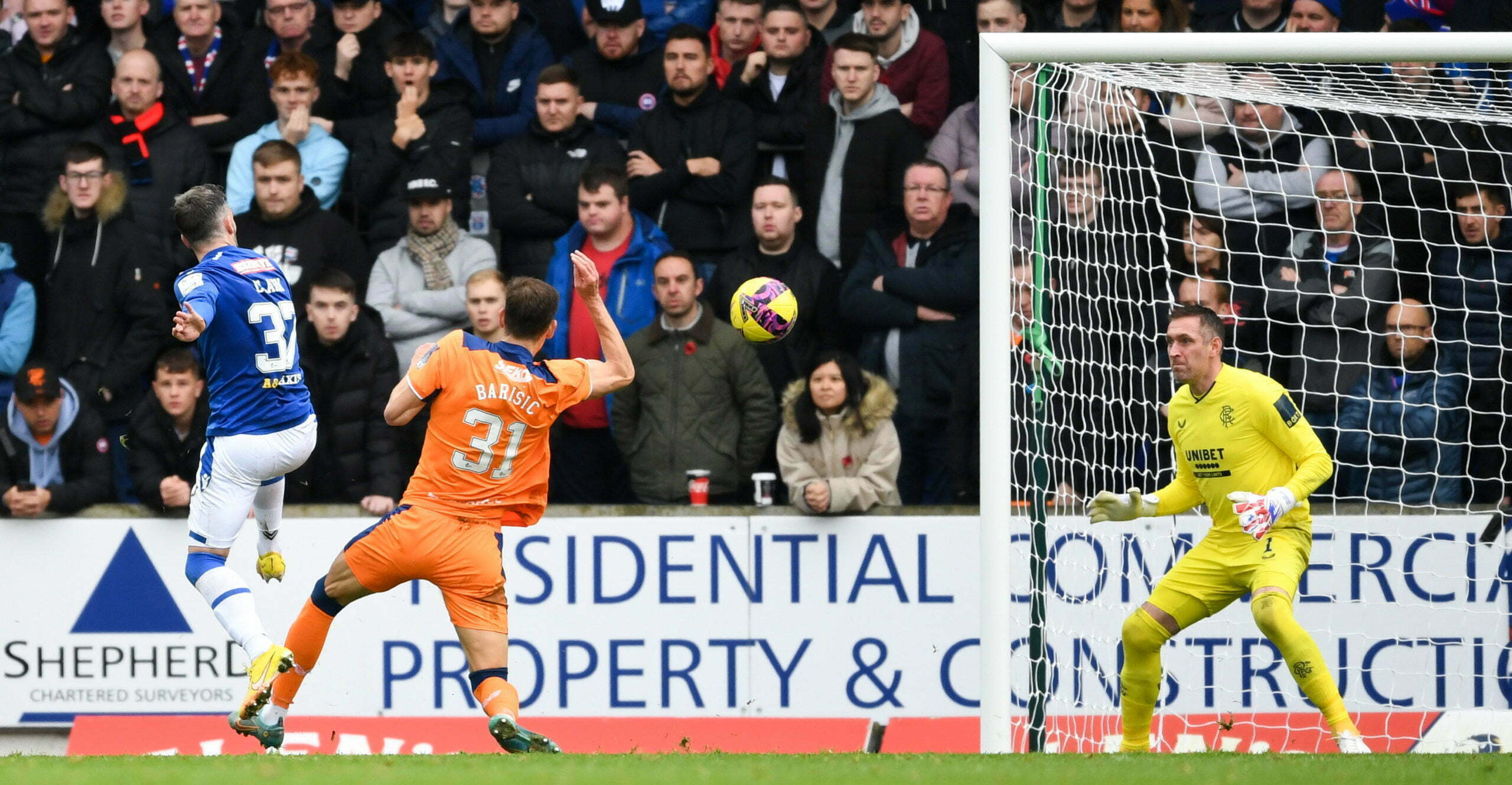 Giovanni Van Bronckhorst was left fighting for his job, after goals from James Brown and Nicky Clark saw Rangers go down 2-1 in Perth and remain seven points behind leaders Celtic.

Depsite a dominant first half performance from the visitors, a wonder strike from full back Brown gave Saints the lead before former Rangers forward Nicky Clark doubled their advantage.

James Tavernier pulled a goal back with 20 minutes remaining but Callum Davidson’s men held out for famous victory.

Rangers started the afternoon looking to close the seven-point gap to Celtic at the top of the Cinch Premiership, whilst St Johnstone were themselves aiming to build on two straight league wins against Hibs and Kilmarnock respectively.

Giovanni van Bronckhorst highlighted the need to start quickly, and Rangers seemed to heed this message with 6 corners and 10 shots in the opening 12 minutes, with John Lundstram coming closest to opening the scoring. The midfielder’s driven effort was well saved by Elliot Parish at his near post.

October player of the month Antionio Colak was leading the line for the visitors and was immediately causing issues for the Saints defence.

The Croatian found himself in space on the 12th minute mark, however saints defender Ryan McGowan done enough to put the forward off before he could get his shot away.

Fashion Sakala then seen his header come back off the bar on the 20 minutes, as Rangers continued to pepper the host’s goal.

Despite Rangers dominating the majority of the first half, they went behind five minutes before the break. John Lundstram gave the ball away cheaply in midfield to allow the home side to advance up the park.

The ball then broke to full back James Brown, who rocketed a shot past Allan Mcgregor from outside the area for his first ever career goal, to stun the travelling support.

Just after the hour mark and Rangers fell two goals behind, to yet another excellent finish. Former Rangers forward Nicky Clark latched on to an inch perfect cross, after the defence had switched off from a throw in, to direct the ball past McGregor with the outside of his boot.

Van Bronckhorst’s men continued to dominate possession but looked devoid of ideas as the game wore on.

James Tavernier finally made a breakthrough for the away side with 20 minutes of the match remaining. The ball fell to the Rangers skipper on the edge of the area where his low drive deceived Parish to set up a grandstand finish.

Minutes later and the scores were almost level when Lundstram cracked a venomous shot off the crossbar, 35 yards from goal.

Everything seemed to be falling to the former Sheffield United man as he then saw another effort from outside the box nestle into the arms of parish, with the clock ticking towards the 90th minute.

Ranger were unable to breakdown a stubborn St Johnstone defence, as more questions were raised about the future of the Rangers manager.