Suarez: No regrets over Arsenal snub

By Peter MartinFebruary 23, 2016No Comments 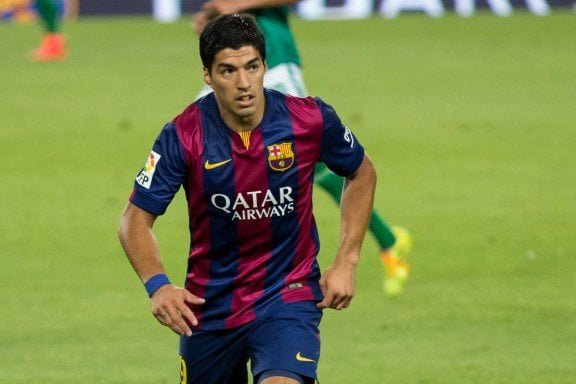 Barcelona striker Luis Suarez insists he has no regrets over his failed switch to Arsenal ahead of the meeting with the Gunners in the Champions League last-16.

Arsene Wenger’s men made an offer of £40,000,001 in 2013, believing that would be enough to trigger his release clause but Liverpool refused to budge.

Liverpool dismissed this and told him he wouldn’t be going anywhere.

Suarez went on to become the PFA Player of the Year with 31 goals in 33 Premier League games that season before joining Barca in a £75m deal in the summer after receiving a lengthy suspension for biting Giorgio Chiellini in the World Cup.

Suarez won a treble in his first season with Barca and ahead of the first leg on Tuesday stressed the decision to Arsenal wouldn’t have been the right move.

“It’s inevitable that people will talk about them trying to sign me, with us facing them in Europe,” Suarez told the Daily Express.

“They are a big club, but it would have been very difficult to play for any team other than Liverpool in England.

Suarez, Neymar and Messi have scored 91 goals this season and a strong favourites to progress against the Premier League outfit but Suarez says they won’t be underestimating them.

“We are not taking the challenge they are going to give us lightly,” he said, “Yes we are playing well and are confident, but Arsenal deserve a lot of respect and we must be focused in both games.”