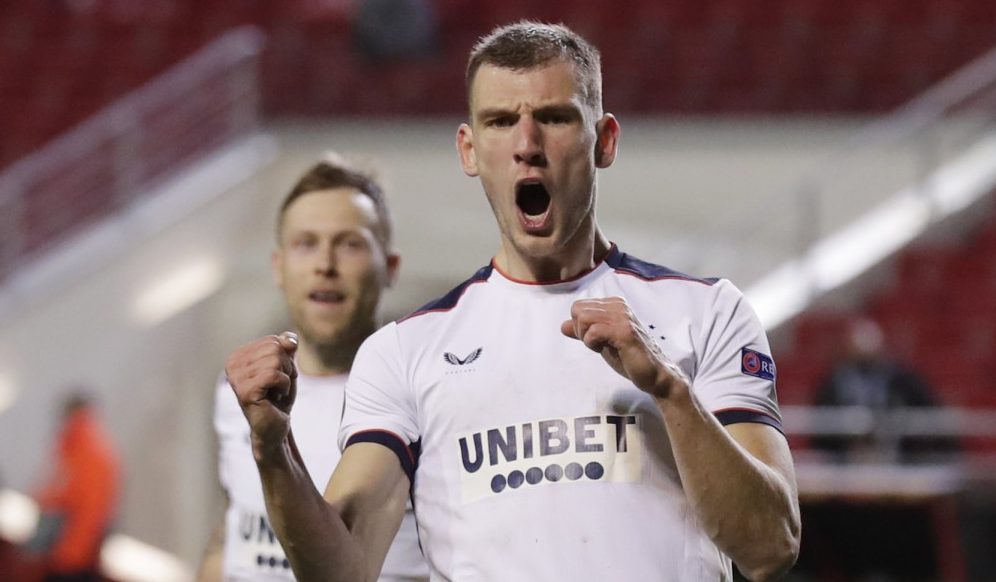 Can Rangers go all the way in Europe again?

That will be the sentence swirling around every Rangers fans head last night after a thrilling 4-3 in Belgium against Royal Antwerp.

Under Steven Gerrard their record in Europe has been astonishing. Only Bayer Leverkusen and Young Boys have managed to defeat them in the last 27 European games.

They have lost just once in their last FORTY games. The win last night puts them on the brink of getting to the last 16 for the second successive season.

If Rangers are fortunate in the draw and avoid one or two of the real big boys I genuinely believe they can emulate that great side of 2008 under Walter Smith that got to the UEFA Cup final in Manchester.

That was a side under the legendary Smith that was built for the smash and grab. Suck up the pressure, defend deep and then hit on the counter attack.

This Rangers side is far more open and expansive with Gerrard I believe confident of going head to head with anyone in Europe.

A lot went wrong last night with injuries to key men and a very dodgy penalty going against them but they still had the quality and belief to come through that to win the game.

Alfredo Morelos played like a man possessed and yet again was the star man in a big European game. He was at the heart of everything good that Rangers did.

The Columbian has let his manager and fans down a few times domestically but in Europe his record of goals and assists has been sensational.

If Rangers can keep him fit and firing he is the man that can be the difference.

Steven Gerrard’s reputation is now growing at a phenomenal rate. Ten in a row will be stopped this season which was always the main priority and a deep run again in Europe will cast envious eyes over him from a lot of big clubs.

It could be that Rangers struggle to hold on to him next season but that’s not a bad thing as it shows what a magnificent job he has done at Ibrox.

The manager is the most important person at any football club and he has built a side confident of going anywhere and winning.

If you think of where Rangers were when he took over to now the progress has been incredible.

The Rangers fans will be dreaming of far more success before he eventually moves on.