TAM MCMANUS: Scott Brown and Stephen Glass would be intriguing move for Aberdeen 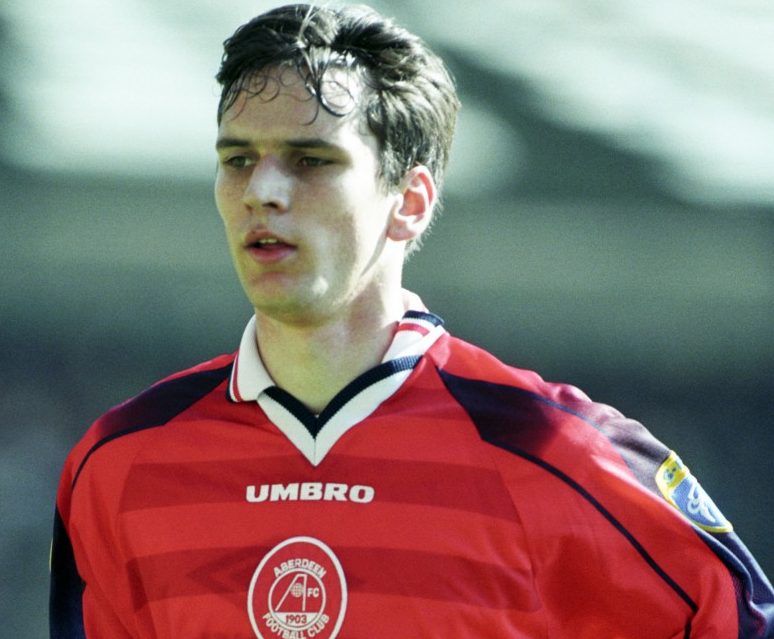 As the search goes on for a replacement for Derek McInnes at Aberdeen, the hot favourite for the job is an old teammate of mine at Hibs and Dunfermline – Stephen Glass.

As a player there was no doubting that Stephen had quality.

Earning a big move from the Dons to Newcastle United as a young player, he want on to have a fantastic career both in England and here with the likes of Hibs and Dunfermline.

I could always see him going into coaching and he done that firstly at Shamrock Rovers, but mainly in the USA at Atlanta United with their reserve team and latterly first team.

His record of actual wins is not fantastic and that seems to be concerning a few of the Aberdeen fans but if you look deeper you will see the reasons for that.

Firstly, his job at Atlanta United Two is to give first team experience to young kids in the USL, which is the equivalent of the Scottish Championship.

Having spent two seasons in that league myself with Rochester Rhinos, l know that all of the MLS teams reserve teams are full of kids and at times they play against some very strong and experienced sides.

Results are pretty irrelevant for those teams as sometimes they play kids as young as 16 or 17 to give them exposure to first team football.

I actually seen Stephen’s team play live a couple of times and was highly impressed with the style of play and how he coached the young players.

He is very highly regarded at Atlanta United, which is why he stepped in when the club sacked Frank De Boer at the beginning of last season.

Again his record as Atlanta United’s interim manager is not great but again there are mitigating factors if you look closer.

They lost Josef Martinez, who has scored an incredible 77 goals in 83 games, to injury before Glass got the job.

It would be like taking Messi out of the Barcelona side or Kane out the Spurs team.

They are as close to a one man team as I have seen and they have struggled badly without, arguably, the best players in the entire MLS.

If he was fit and available to Glass I believe they would have finished far higher up the table.

With rumours of Scott Brown and potentially England striker coach Allan Russell both set to join Glass at the Dons if he gets the job, I would be pretty intrigued to see that.

All three are young and ambitious, which I think would bring a real freshness to Aberdeen.

Stephen Glass is an innovative coach who wants to play attractive football on the ground.

He has also been coaching for nine years so he is no rookie.

I think Stephen Glass would be class for Aberdeen but it remains to be seen if he gets the opportunity.