By Peter MartinDecember 21, 2015No Comments 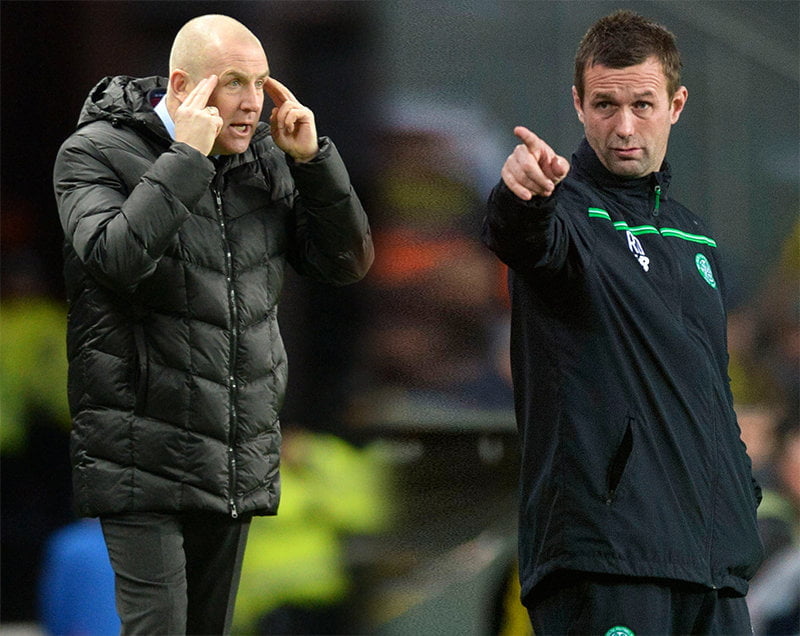 If Jose can get sacked then so can Mark Warburton and Ronny Deila.

What an end to 2015 for the managers of Rangers and Celtic.

Ronny may not have lost the dressing room, but he’s lost the majority of fans, who clearly have lost faith in a manager, clueless in Europe and under even more pressure domestically following their 2-1 loss at home to Motherwell.

The line from chief executive Peter Lawwell at the AGM in November that Celtic ‘look after their managers and help them develop’ could come back to haunt him after Sunday’s clash with Hearts at Tynecastle.

The one thing the Celtic board do with great efficiency is look after their pennies and, with each passing performance, the disgruntled and dwindling crowd will test Lawwell’s theory to the max.

Ronny’s rants no longer cut it with the sensible supporters. Their eyes are not deceiving them.

This is a weak Celtic side that no longer strikes fear into Premiership opposition. Mark McGhee, barely two months into his second spell at Motherwell, came, saw and conquered his former team on their own patch.

Deila refuses to accept Aberdeen are in this title race, despite the fact the Dons can go back to the top of the table on Boxing day with a win over Inverness, while Celtic travel to Tynecastle the next day to face Hearts.

Across the city, the honeymoon period is coming to an end for Rangers fans and their manager. Mark Warburton has been linked with so many jobs down south, amazing, when you consider he’s won nothing up here yet.

Rangers defeat at Falkirk on Saturday allowed Hibs to draw level on points at the top of the Championship after their late winner over Queen of the South.

Suddenly, the ‘Bears’ are wondering if Warburton has a plan B when the chips are down.

However, this game of Poker is stacked in his favour at the minute, because I don’t believe the Rangers board can afford to sack him if this all goes pear-shaped.
Can they even afford to back him financially if Hibs win at Ibrox next Monday?

The Championship clubs are starting to work Rangers out and, like Celtic in the Premiership, teams are getting in their faces and winning the battles.

Anything less than a win for Rangers on the 28th will prompt the ibrox support to vent their anger towards the board and a certain resident in South Africa.

Dave King is going to have to ‘show them the money’ or there could be another mutiny against the very men everyone thought would save the club.

This could be the only time in history where the two managers in charge of Rangers and Celtic could be top of their respective leagues one week, drop to second the next and prompt calls from both sets of fans for their heads on a block before the year is at an end.