By Peter MartinJanuary 11, 2016No Comments 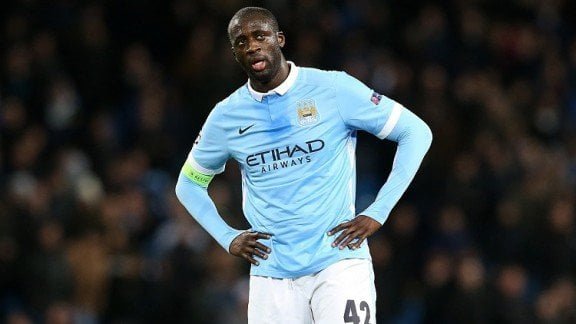 Yaya Toure’s agent has claimed Pep Guardiola is over-rated as a manager and admitted his concern he would look to get rid of the 32-year-old should he take over at Manchester City.

The Bayern Munich boss, who is favourite to take over from Manuel Pellegrini at the end of the season after revealing he wants to work in the Premier League, sold Toure when the pair were at Barcelona.

Dimitri Seluk told the Sunday Mirror: “Pep is a great coach. But he has won the title at Barcelona and Bayern Munich.

“The truth is that my grandfather would win the title with Barcelona and Bayern Munich because they are big clubs with great players.

“I’d like to see Pep take a club that is eighth or ninth and make them champions.”

Guardiola sold Toure to City in 2010, the Ivorian not fitting into his plans for Barcelona.

Seluk added: “I don’t know what Guardiola’s plans are, but – after what happened at Barcelona – of course it is a worry that when he comes Yaya will be out.

“I hope not and Yaya hopes not.”