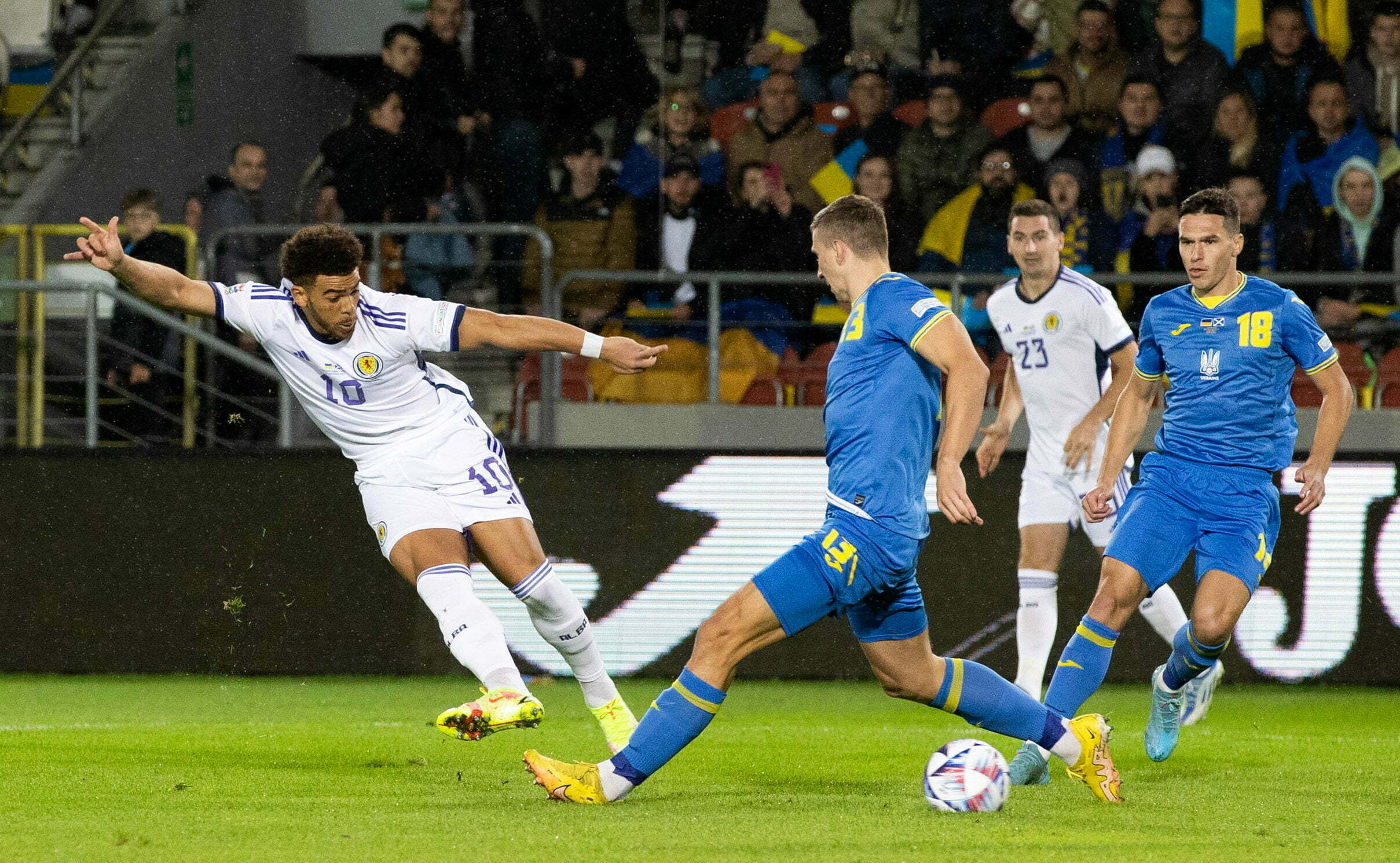 By Blair MalloySeptember 27, 2022No Comments

Scotland travelled to Krakow to face Ukraine in a winner-takes-all game, to decide who gained promotion to Nations League section A.

Steve Clarke admitted before the match that he was ‘not short of issues’ with a host of players missing due to injury, illness and suspension.

Defender Ryan Porteous was the headline starter, with the defender making his debut on the international stage ahead of the tried and tested Declan Gallagher on the bench.

Che Adams almost gave Scotland the perfect start 2 minutes in when he forced a save out of Andrii Lunin. The goalkeeper palmed his low drive round the right-hand post.

Five minutes later though and Steve Clarke’s men should’ve been behind. Mykhalo Mudryk found former West Ham forward Andriy Yarmolenko at the back post who blazed a shot over the bar when it looked easier to score.

Artem Dovbyk then had the game’s best chance after he was released by a delicious ball from Yarmolenko. The Dnipro-1 forward could only fire the ball straight at the advancing Craig Gordon.

Minutes later and Scotland were awarded a penalty when it was judged that Ryan Fraser’s cross was handled by Taras Stepanenko. However, after consulting VAR the referee correctly overturned the decision.

Stepanenko then let Scotland off the hook 10 minutes before the break when he found himself free in the box, only to direct his header wide.