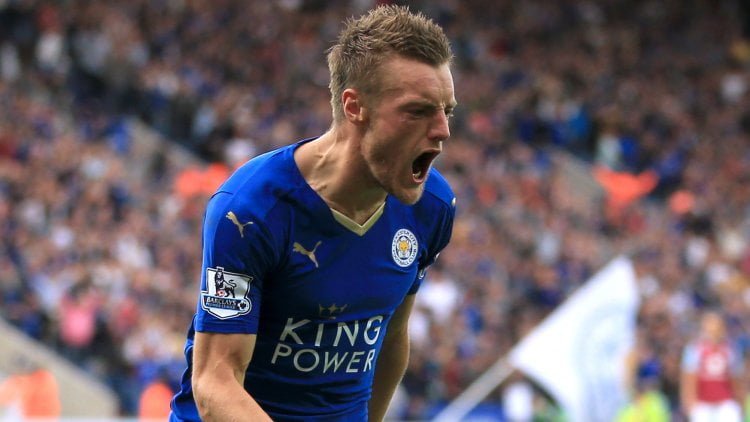 Vardy has been integral to the remarkable success of City this season, helping Leicester win the Premier League after being 5,000-1 odds to do so at the beginning of the season.

His meteoric rise from non-league football to the Premier League has been such an intriguing narrative that his story is going to be made into a film.

But initially he struggled to deal with the transition which saw him move from Fleetwood to Leicester for a £1 million in 2012.

“Back then, I think he didn’t even have what it took to play in the Premier League. The day we bought him, he came to me and thanked me for changing his life,” City’s vice-chairman told Thailand’s a day magazine.

“He had never had this much money so he was over the moon already. He went straight from the bottom to the Championship, which eventually led him to start drinking booze every single day. We had no idea what to do.

“I didn’t know about this until someone told me that he came to train while he was still drunk.

“So I went talk to him myself, I asked ‘do you wish to end your career like this? Do you want to stay here like this? We’ll let your contract run out, then release you. Don’t expect a better career path’.

“He said he didn’t know what to do with his life. He’d never earned such a large amount of money.

“So I asked him ‘what’s your dream? How do you think your life should be? Just think carefully about what would you do for the club.

“I invested in you, do you have to do something in return?’ “After that he simply quit drinking and started working hard in training. His physicality wasn’t as good as it is now. We know he had explosive acceleration, but we simply had no idea he could be this good.”