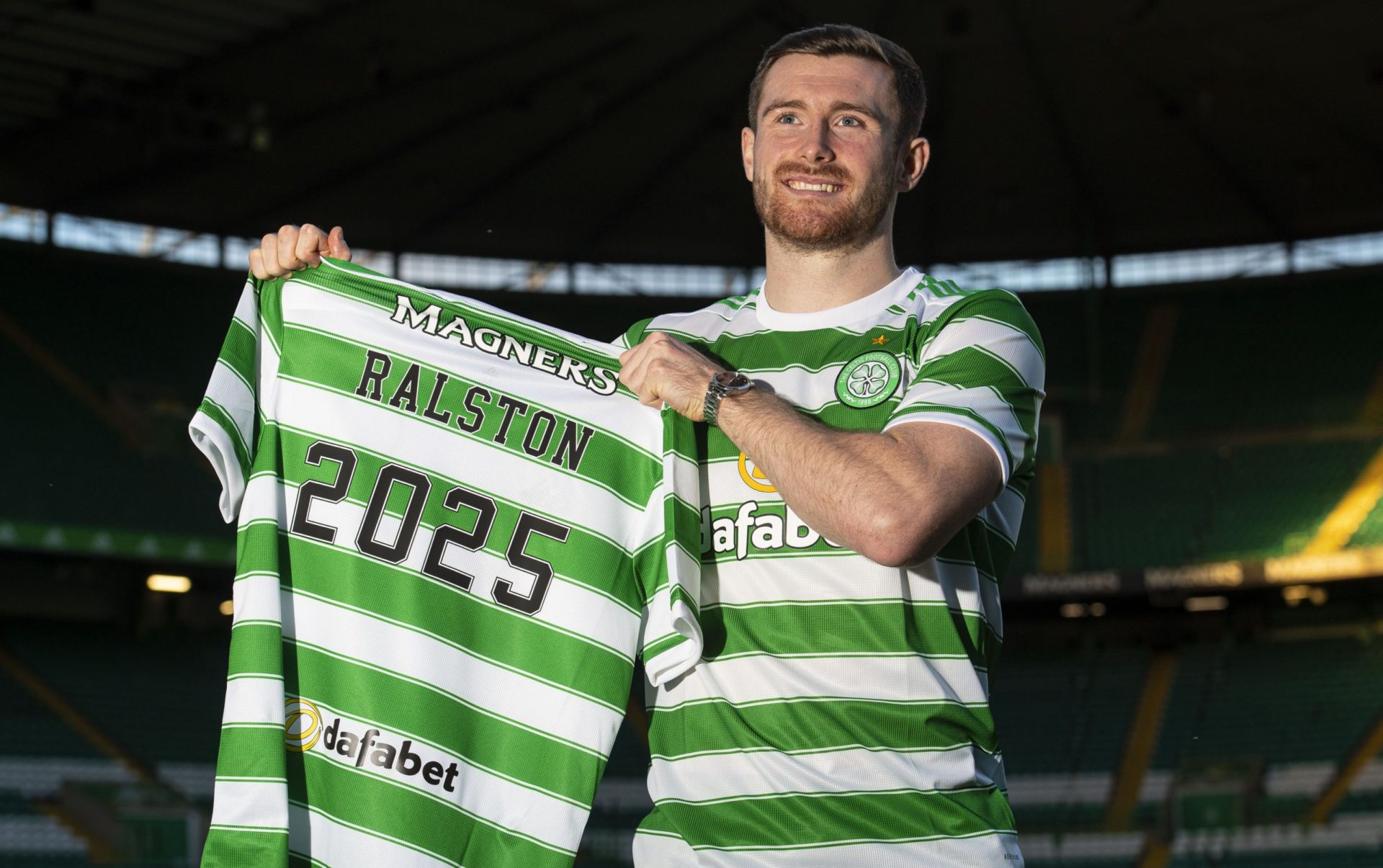 Peter Martin: Anthony Ralston is my man of the year on and off the pitch

My man of the year for 2021? is it Kyogo? Aribo, Boyle? McGregor? Davis? All worthy candidates for a special mention.

On the pitch, the first half of the year belonged to a host of Rangers players who all excelled in delivering the title for Steven Gerrard and stopped Celtic’s quest for ten in a row.

I’ve already gone on record stating Callum McGregor is the best midfielder in Scotland right now, but the most outstanding candidate for my vote for man of the year, on and off the pitch, is Anthony Ralston of Celtic.

He has, over twelve turbulent months, offered a lesson in determination, humility and quality when practically everyone, including myself, had written him off as a man on his way out of Celtic on a free or for two kwenchy cups and a Kit Kat!

Here is a guy at 23 years of age that has spent well over half his life growing up in the green and white hoops. He joined Celtic’s youth academy at the age of eight, made his debut for the club in 2016 and from there faced the struggle that many before him have faced; a manager who didn’t rate him and played him only once last season.

A crowd that looked upon him as a stop gap for injured players and a club that decided to shunt him out on loan to Dundee United and St Johnstone to ease the wage bill, although not by much! Jeremy Frimpong, Hatem Elhamed and Kristoffer Ajer were all preferred at right back before him in the season of blunders.

All three of the aforementioned, in my mind, seemed better options than Anthony, but the arrival and selection of Jonjoe Kenny ahead of him in the latter part of the campaign was just taking the piss!

It is a lesson to many young people in sport and in life that mental strength, belief and the support of your family and real friends can block out the doubt, the noise and the possibility that failure and rejection may just be around the corner.

I can tell you Anthony Ralston thought his number was up in the summer of 2021. He had already resigned himself to the fact that he was moving on. In fact, there are more than a few he offered a handshake to saying goodbye and thank you for the opportunity.

Anthony’s agent was already club hunting and there must have been a few dark moments on his own where a tear was shed and a brave face put on for anyone in the public eye.

However, here is the sliding doors moment that altered his course. The Eddie Howe fiasco comes to an end, and enter a new coach from Australia. Ange Postecoglou was an unknown force to many inside Celtic park and the consensus was he would want his own players and start to clear out the deadwood of the Lennon era.

Ralston must have been top of everyone’s list. Thankfully, not the new Celtic manager. Postecoglou wiped the slate clean and gave everyone who wanted it the chance to impress in training.

The word to Ralston was simple, a right back is on the way, but right now there is no one available for that position apart from you. This is your opportunity to impress, this is your shot at the title, this is your moment.

The man the Celtic fans are calling the ‘Brickie’ is part of a defensive wall that still needs a bit of construction, but on his side it looks solid.

Anthony Ralston is not the finished article and despite signing a new deal until 2025 at his boyhood club, nothing is guaranteed. He still has a long journey ahead to stay in the manager’s plans and to keep performing.

As any player will tell you, reaching the mountain top is tough, but staying there is tougher.

I’m not handing over a trophy or giving Anthony Ralston a cash prize for being my man of the year.

The best I can offer him is the same advice as his gaffer, keep running fast, keep making tackles, assists and score a few more goals and you’ll be fine!