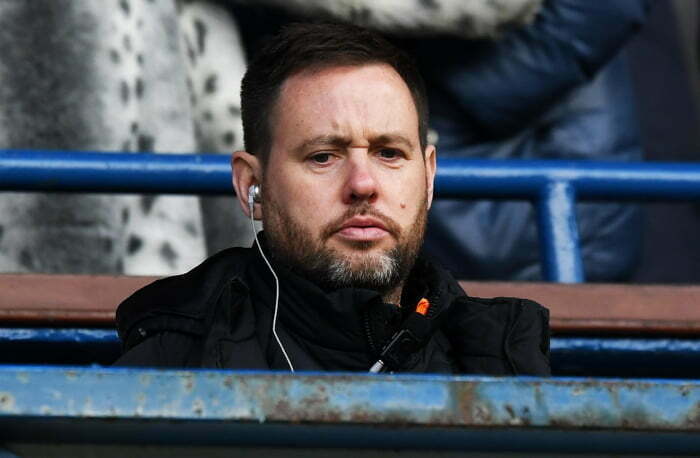 Peter Martin: Beale won’t have Ange quaking in his boots

By Peter MartinNovember 22, 2022No Comments

As of today, Michael Beale is the front runner to get the Rangers job, tomorrow it will be someone else you can waste a tenner on at the bookies.

Unless I’m mistaken, the Rangers manager’s position is a really big job and not one for inexperience to come in and try and hunt down Celtic from a nine-point deficit.

Apparently, the Rangers fans would like Beale to get the job. Really?

Celtic boss Ange Postecoglou must be quaking in his boots at the mere thought of Beale’s return!

If you had to listen to some supporters Beale is a great technical coach who did all the work in the background under Steven Gerrard.

Since leaving Ibrox, he followed Stevie G to Villa before deciding to become a manager in his own right at Queens Park Rangers.

He’s been in charge at Loftus Road for five months with 22 games played. In October, he guided QPR to the top of the Championship in England.

At that point, he turned down an approach from Wolves to become their new manager.

Beale probably realised that Wolves, like Watford are a club that bullets managers if they don’t turn the club around quickly with players that are signed for the gaffer mostly from Portugal.

Since that approach, QPR are in free-fall down the Championship table. They now sit seventh, ten points adrift of Burnley at the top. They haven’t won in their last 5 matches.

Michael Beale is not the right choice for Rangers. He hasn’t served his time and is way off the experience that the Ibrox club need to wrestle the title back off Celtic.

He is not some tactical genius that some would have you believe.

Unless someone has rewritten history, Steven Gerrard deserves some credit for stopping ten in a row, but a huge chunk of the credit must go to Celtic for imploding on a scale that no fan has witnessed since the old board had control of the ship at Parkhead.

A manager who had lost control, a board making poor decisions on signings and holidays, a team full of cliques and in-fighting and let’s not forget Leigh Griffiths!

Does this ring any bells with anyone who remembers season 2020/21?

Before anyone highlights Walter Smith in the same breath as Beale, get a life! Walter was more than ready for the Rangers job after Graeme Souness jumped ship.

He had served his time under Jim McLean and Souness and was better equipped than Beale to bring success to Ibrox.

It would be a huge bonus if the new man was someone of pedigree. It would be good if they had some success elsewhere and just a little insight into the nature of the Scottish game might help too.

The most important factor in anyone agreeing to this huge job is how much money do I have to spend?

How much money do I have to change the squad, get rid of the deadwood and bring in my own players?

Can I bring my own backroom team? Do I have the final say on any individual from elsewhere in the building that might be trying to sign a player for the club?

Once you have all those assurances, then game on.

If Rangers do go for Michael Beale, it’s a gamble that will need a fresh and substantial cash injection at Ibrox.

If not, get ready for three, possibly four in a row under Ange Postecoglou at Celtic Park.