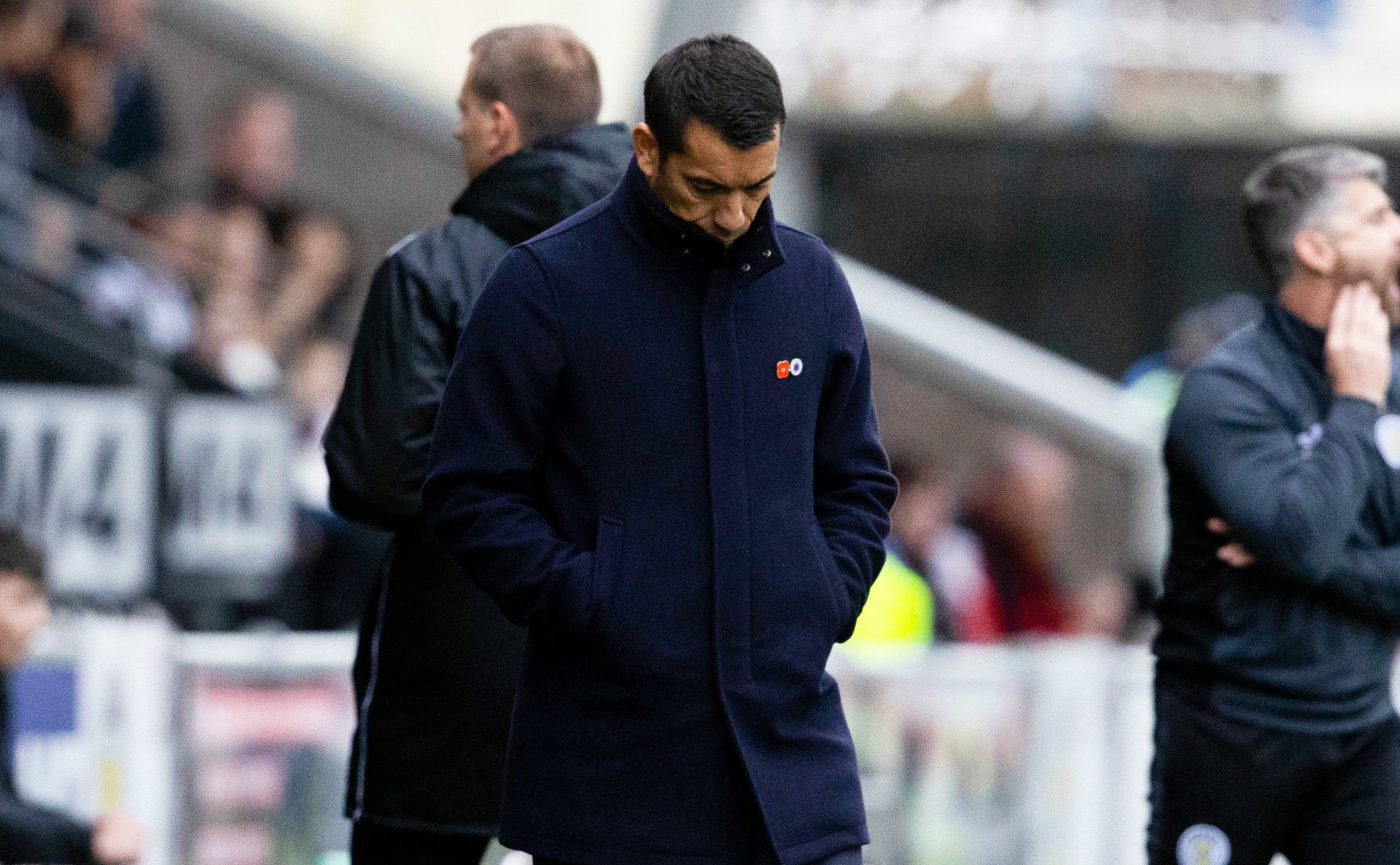 What next for Gio? – Peter Martin

Celtic will be champions once again come May, but will Giovanni van Bronkhorst be the Rangers manager? On the evidence of what I watched on Saturday against St Mirren, the answer is a resounding no!

Forget about all the excuses over injuries, if the Rangers manager claims it is impossible to compete with the likes of Ajax, Napoli and Liverpool in a miserable Champions League campaign, then how can Livingston, St Johnstone, St Mirren and Hibs all manage to compete with the Ibrox outfit and take points off them when their budgets are a fraction of what Rangers have at their disposal.

The truth of the matter is Rangers are a pale shadow of the side that won the league under Gerrard and a long way from the side that van Bronkhorst led to the Europa league final less than 6 months ago. The players have thrown the towel in and instead of showing some fight for Gio, they have limped into the break knowing Ange Postecoglou’s outfit are nine points clear and well on their way to back to back titles.

Rangers need a clear out, but all thoughts of similar transfer fees to the ones they managed for Calvin Bassey and Joe Aribo are but a pipe dream. I don’t know who would buy Morelos in the January window and for how much? Ryan Kent flatters to deceive and will do well to get himself a bottom end of the Championship in England on the evidence of this season. I’m tipping both to run down their contracts with Rangers trying everything they can to extract every penny from any willing buyer in the new year.

The Rangers board are now actively looking at a list of replacements for GVB to come in and start afresh. If they are not, then it is a massive dereliction of duty because Gio’s team and time has come and gone. There are others who should also be shown the door in the squad and on the backroom staff who sanctioned so many poor buys over the last year which ultimately killed off the manager’s chances of success.

Elsewhere, Celtic fans have gone into overdrive on conspiracy theories about poor refs on the park and now dodgy ones at the VAR studios. They are right in one aspect, the refs are woeful, but as Jock Stein used to say, make sure you are good enough to win the game regardless of the ref and Ange Postecoglou’s team have easily proved they are.

Celtic will strengthen in the January transfer window and sail off with more than a few trophies by the summer. As for the other runners and riders. It’s now getting to the time-frame where Hibs managers get sacked. Six defeats in the last seven games and the manager talking gibberish pre and post-match.

Lee Johnson has been in the job six months now, that’s 20 games in charge and just about the right time for good old Ron Gordon to wield the axe. It’s usually a nineteen game contract, just ask Shaun Maloney! There are a few heads that should also roll in the backroom staff at Easter road, but you can’t sack your son, can you?

I must apologise to Callum Davidson, I tipped St Johnstone to go down, but that’s not going to happen, thanks to Nicky Clark and the supporting cast. At the minute, Dundee United look a surefire bet to go down with a strange policy of paying way over the top wages to mediocre players who are cheating their vastly inexperienced manager. I’m worried United are running out of youth coaches to promote if Liam Fox fails to get a trick out of the latest bunch of under achievers at Tannadice.

I’m going to finish on a high note, congratulating the best manager outwith Ange Postecoglou in the Scottish Premiership. Well done to David Martindale at Livingston for all he’s achieved on easily one of the lowest budgets in the league. A good team, that plays to their strengths and the players give their all for an honest manager who doesn’t walk into press conferences with a bagful of excuses when his team are mince. Some chairman elsewhere should take a closer look at his record if they want their team to be heading in the right direction this season or next.