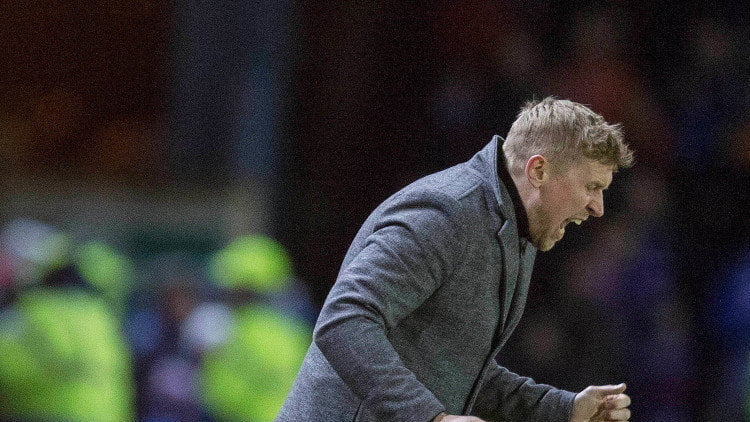 Inverness manager Richie Foran vowed to help Lewis Horner following his betting charge and urged any other gambling “addicts” in the game to come forward and seek assistance.

Former Hibernian and East Stirlingshire player Horner has been charged by the Scottish Football Association with placing hundreds of accumulator bets, including two against his own team in the 2011-12 season and one against Caley Thistle this campaign.

Foran said: “He needs help. This is not a lad that gambles every now and then – he has a gambling problem. He had counselling a few years back and it worked – he stopped gambling. He stopped going to the counselling, which was a big mistake, and has had a relapse.

“Lewis needs our help now. The Scottish FA and PFA need to help him too. He needs people around him that can help him and that’s what we’re going to do at the club.”

In the wake of charges against both Horner and Annan chairman Henry McClelland, which followed an 18-month ban for Burnley midfielder Joey Barton, Ayr manager Ian McCall this week revealed a gambling addiction was the reason behind his resignation as Partick Thistle boss in 2011.

But Foran does not believe there are widespread breaches of the SFA’s zero-tolerance rules on betting on football.

“I don’t think it’s a huge problem, in terms of having guys that are addicts,” he said. “It definitely goes in on football and I’d like to think it doesn’t go on at the club, because I spoke to them three or four months ago. The PFA came in at the start of the season, so the lads would be very silly if they were gambling on football now.

“The only ones that are gambling now are the ones that have an addiction. Come forward, get it out there and be open and honest. Maybe they shouldn’t be punished for what they’ve done in the past, let’s help them for the future.”

Although he has been back in squads in recent weeks, Horner has not played since suffering an injury in December, so the SFA action is unlikely to have an impact on Caley Thistle’s survival bid.

Inverness could have been relegated last weekend, but they will only be one or two points adrift if they win at Kilmarnock on Saturday.

“We’ve just got to take care of our business first,” he said. “It’s a tough place and a tough surface. For me, top-level football should be played on grass. But we’ve trained on Astroturf this week, so I don’t want any excuses from the players.

“We’re in a confident mood now, but, first and foremost, I want desire, passion and work-rate.”