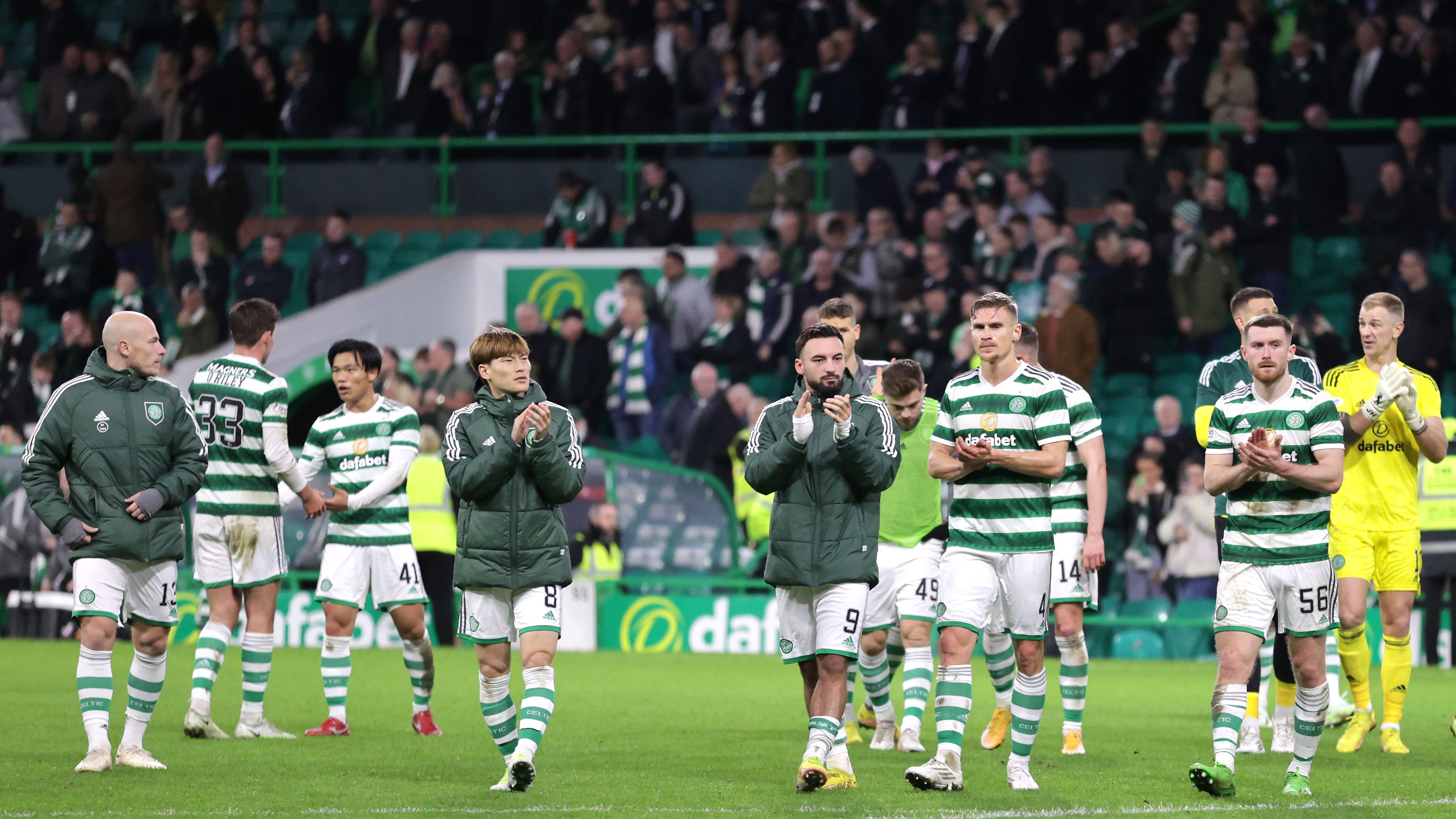 5 things we learned from the cinch Premiership this weekend

By By Gavin McCafferty PANovember 13, 2022No Comments

Celtic took a commanding lead into the mid-season break after beating Ross County in the final round of fixtures before the World Cup.

There were more dropped points for Rangers, more refereeing controversy, wins for Kilmarnock, Aberdeen and Celtic, and plenty of talking points to take into the break.

Giovanni van Bronckhorst faces talks with the Rangers board

The Ibrox manager insisted he did not “fear” the sack after his side’s 1-1 draw with St Mirren but he accepted there would be questions asked of him after dropping seven points in five matches. “We are going to sit down (with board), that is for sure, and speak about the last couple of months and which way to go forward,” he said. “I said many times before that if we keep dropping points I am accountable for that. That is what comes from the job.”

There were spot-kicks awarded in five of the six fixtures on Saturday to continue the general trend since VAR was introduced. A total of 19 penalties have been given in the five rounds of fixtures since the new technology came in. There had been 16 from more than twice as many games earlier in the season. The awards were not without controversy with Celtic midfielder Matt O’Riley baffled over what he was meant to do after the ball hit his arm at point-blank range from a ricochet. That decision was given immediately by referee David Munro before being confirmed by a VAR check.

Hearts manager Robbie Neilson described his VAR experience as a “shambles” following lengthy delays during his side’s 1-1 draw with Livingston. “You don’t need three, four minutes to check every single decision,” he said. “It’s got to get better because that’s going to kill football.” Livi manager David Martindale was aggrieved that some key decisions were not reviewed. “I am actually getting to the stage where I don’t know how the game is being reffed,” he said. Ross County manager Malky Mackay called for patience though. “I was in at the VAR centre two weeks ago and, having seen what it is that they are actually going though, it is going to take a bit of time and it is going to be better for Scottish football,” he said. “There will be some subjective ones but the big mistakes won’t happen and that’s what changes careers.”

Aberdeen’s home form is giving them the edge

The Dons went down against Livingston in midweek but their Pittodrie form has been a different story. A 1-0 win against Dundee United ensured they go into the World Cup break in third spot. They have now won six out of seven league matches at home and a further three League Cup games while scoring 31 goals. Motherwell have the worst home record but their away form is keeping their head above water in ninth. A 1-1 draw against St Johnstone in Perth saw them collect a 13th point on the road – only Celtic have a better record. claimed more wins, goals and points on the road than Steven Hammell’s side. They have now taken more than three times as many points away from home as they have at Fir Park.

The Hoops made it eight consecutive league wins to move nine points clear of Rangers. At this stage last season they were four points behind and ended the season four ahead. Ange Postecoglou’s methods are unlikely to allow complacency to creep in so Rangers would need to be almost perfect after the break to get back in the title race. The Light Blues will have to navigate tough trips to Aberdeen and Dingwall before hosting Celtic on January 2.