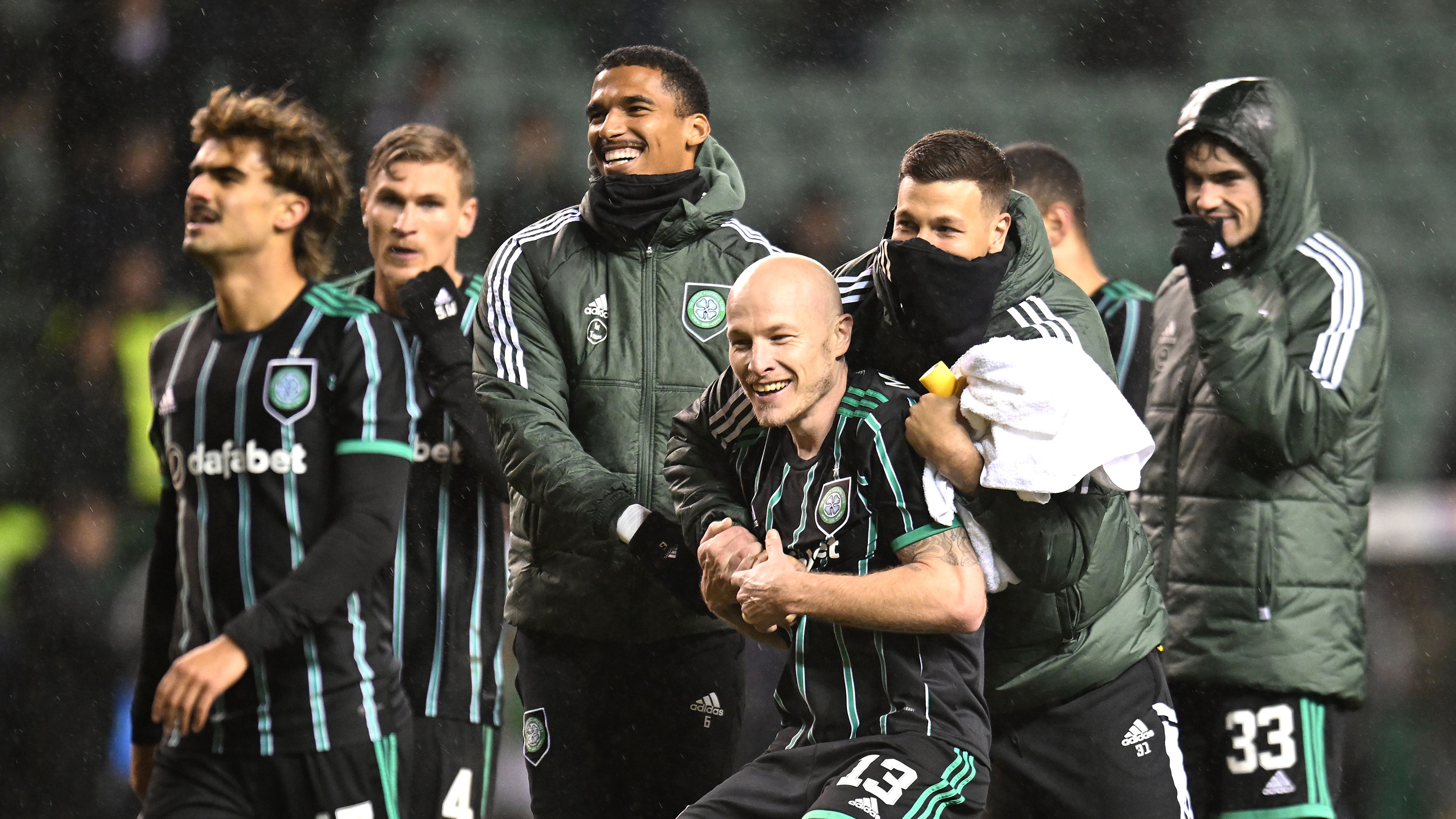 Aaron Mooy admits he got a “shock” at the intense nature of playing for Celtic when he first arrived in Glasgow.

But the Australia midfielder believes the demands of the supporters will make him a better player.

Mooy netted his first two goals for the club in Celtic’s 4-0 win over Hibernian at Easter Road on Wednesday and was serenaded by the travelling fans with a chant of his name to the tune of Boney M’s ‘Daddy Cool’.

“All the boys were singing it on the bus afterwards,” the 32-year-old former Brighton and Huddersfield player said. “It’s always nice when the supporters get behind you. That’s what you want.

“I just try and improve and work hard and do my best and hopefully they like what they see.

“The intensity of it all was a little bit of a shock at the start, but I am enjoying it. It’s an amazing club.

“It’s a big, big club, there are 60,000 people every home game demanding a win. It’s a different sort of pressure. I am enjoying it and hopefully it makes me a better player.”

Mooy finished first time from inside the box to put Celtic ahead before netting a second-half penalty.

“It was a great feeling to score my first goal for Celtic,” he said. “I have had chances in previous games and it hasn’t come off for me. When one goes in, it’s an amazing feeling.”

Mooy had an impressive World Cup for Australia and has maintained his form following his return to Scotland.

“The World Cup is very special,” the former St Mirren player said. “It’s quite an emotional thing, so it does take it out of you a bit. But we got a week off. I’m happy with that, I am not getting unfit again and then coming back. It’s good to just sort of keep going.”

The win in Edinburgh ensured Celtic go into Monday’s new year derby with Rangers nine points clear at the top of the cinch Premiership.

Mooy came off the bench in the 73rd minute of Celtic’s 4-0 home win over Rangers in September and is relishing the chance to play at Ibrox.

“It’s a special game and I am looking forward to it,” he said.