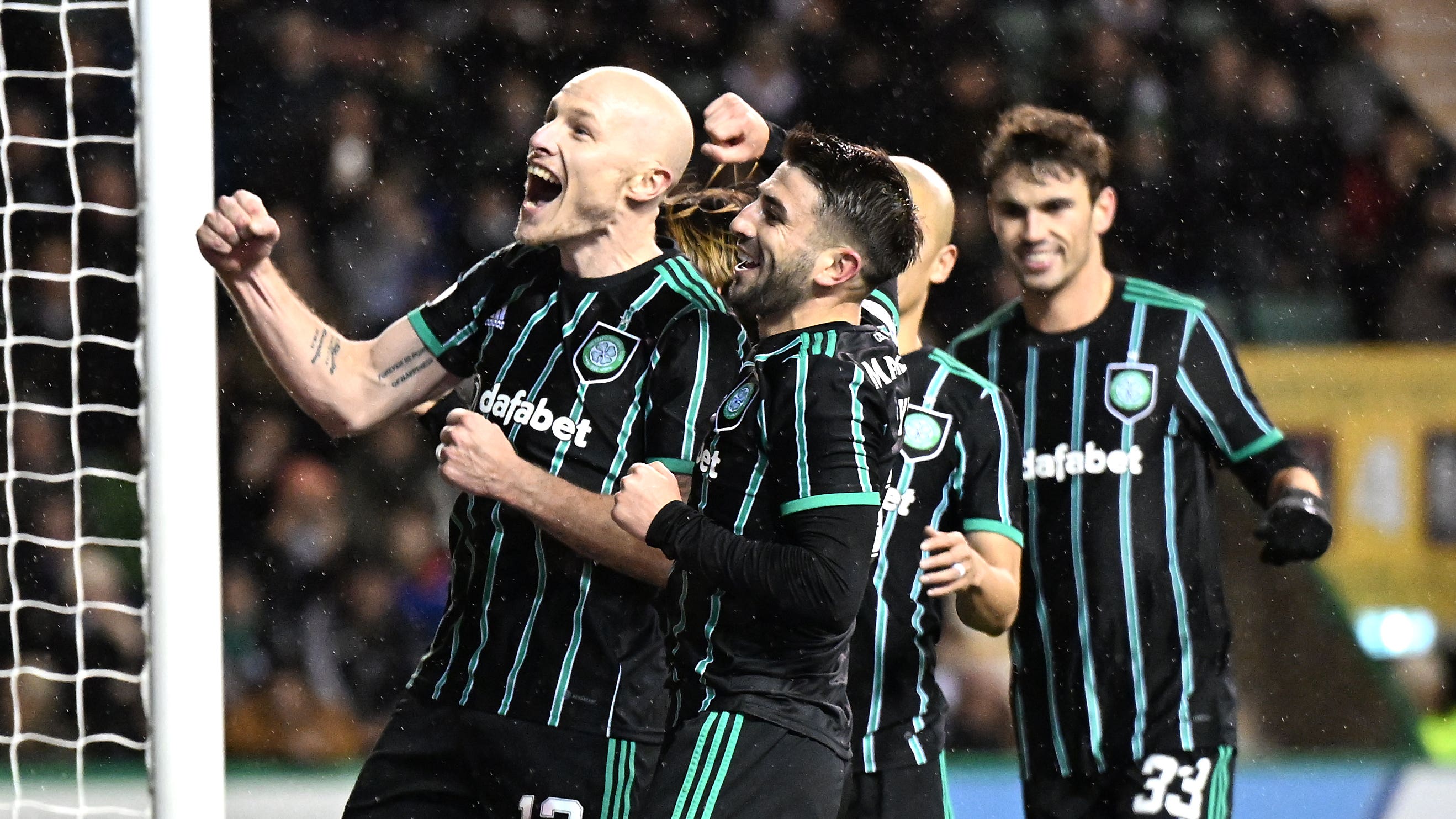 By By Gavin McCafferty PADecember 28, 2022No Comments

Aaron Mooy’s first two goals for Celtic helped the cinch Premiership leaders to a 4-0 victory over Hibernian at Easter Road.

Hibs made a positive start but the Australia midfielder fired the visitors into the lead from 12 yards in the 28th minute.

Daizen Maeda missed a sitter before scoring a glorious effort in the 36th minute and Hibs missed two good chances before Mooy converted a penalty just before the hour.

Kyogo Furuhashi soon added a fourth but there was concern for the visiting fans when left-back Greg Taylor walked off with an injury immediately afterwards – and five days before the champions face Rangers.

They will travel to Ibrox nine points clear after both of the top two made it four wins from four since the end of the World Cup break.

Celtic manager Ange Postecoglou made only one change as Liel Abada came in for James Forrest. Croatia international Josip Juranovic stayed on the bench following his return from World Cup duty as Reo Hatate continued at right-back amid the absence of the injured Anthony Ralston.

Sead Haksabanovic was missing from the squad while David Turnbull began a two-match ban.

Hibs were unchanged following their 4-0 win over Livingston and they got both wing-backs forward to good effect early on.

Chris Cadden had a goal disallowed for offside and Lewis Stevenson sent in two dangerous crosses which were turned behind by Carl Starfelt.

Celtic’s best early chance fell for Maeda, who did well to throw himself at Hatate’s cross but steered his header beyond the far post.

Hatate gifted Hibs a chance when he delivered a throw-in straight to Josh Campbell on the edge of box. The midfielder fired just wide of the far post.

Maeda set up a half chance for Furuhashi – which David Marshall saved – just before getting outside Cadden to send in the cross which led to the opener.

Ryan Porteous was playing ahead of centre-backs Rocky Bushiri and Paul Hanlon and was generally shadowing Mooy, but the Australian was in space as Maeda’s cross fell into his path off Joe Newel’s knee and he drilled the ball home from 12 yards.

Maeda headed off the crossbar from three yards out after Marshall’s touch had put Abada’s cross straight into his path, but the Japan international soon netted from a far-more-difficult chance.

Cadden’s slip allowed him space to run into and two Hibs players followed Taylor’s overlap to allow Maeda to cut inside and curl home from 20 yards.

The hosts had chances either side of the break to make a game of it. Newell’s long throw found its way to Hanlon but the defender stabbed his effort off the post.

The midfielder set up an even better opportunity but Kevin Nisbet made a mess of a free header from six yards.

Hibs’ hopes were extinguished after Taylor played in Maeda. The winger’s cutback was behind Furuhashi and Abada but the latter flicked the ball up on to Stevenson’s hand and Alan Muir immediately pointed to the penalty spot.

Celtic had missed their only two previous penalties this season through Juranovic and Giorgos Giakoumakis – neither of whom were on the park – and Mooy stepped up to send Marshall the wrong way.