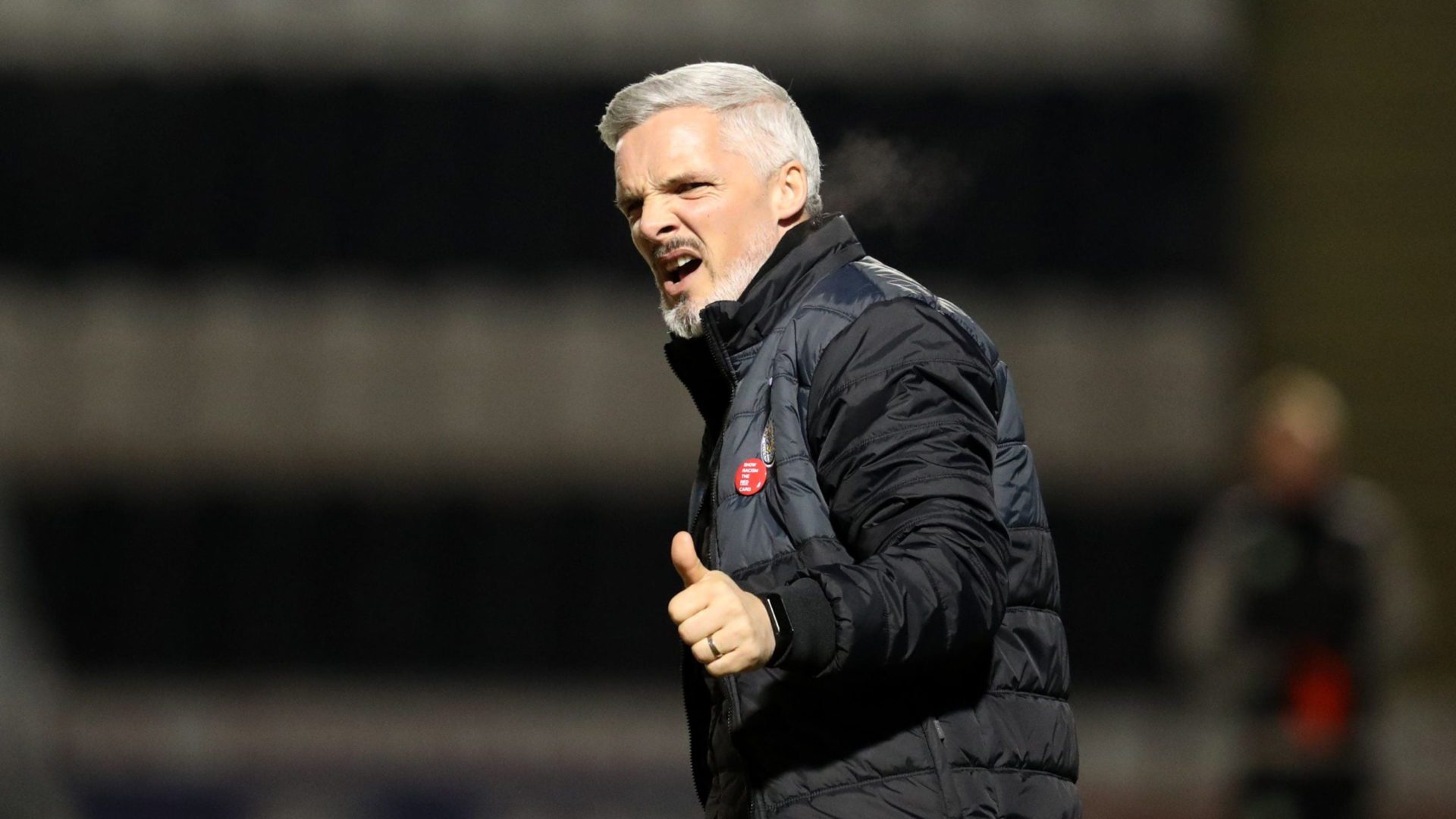 Aberdeen boss Jim Goodwin admits St Mirren fans may not give him the reception he would like when the Buddies visit Pittodrie on Sunday.

The Irishman left the Paisley outfit in February to take over the Dons’ hot seat which had been vacated by Stephen Glass.

Goodwin captained St Mirren to their 2013 Scottish League Cup final win over Hearts at Hampden Park, but ahead of the final game of a disappointing cinch Premiership season for the Dons – they are in 10th place with a major squad overhaul set to take place in the summer – the Aberdeen manager accepted that relations between some of the Saints fans and himself may be strained.

He said: “It doesn’t add any spice to it. I am looking forward to seeing a number of my old staff members and obviously all the players.

“Every player pretty much in that squad are my players. I brought them all to the club and we had enjoyed some decent days together, decent results, a couple of semi-finals last season.

“We were having a great season prior to me leaving. We were in and around the top six and doing quite well at the time, and I think we probably would have got the top six but the opportunity to come here was far too big to turn down.

“I hope I get a nice reception off the fans but I am not holding my breath because I know I disappointed one or two of them in the manner that I left. But the majority of the ones I have spoken to understand the reasoning behind me leaving.

“I loved my time at St Mirren, the people behind the scenes were great to me. I made some great friends during the time there as a player and then obviously latterly as a manager.

“One of the best days out ever as a player, winning the League Cup, and they gave me my opportunity in full-time management. I will be eternally grateful to them as a club and there is absolutely no hard feelings.

“Whatever way the reaction goes tomorrow with the St Mirren fans, I will take it on the chin. They are a great club and I wish them nothing but success in the future, but obviously on Sunday we have to be professional and I have to go and try to get a result for Aberdeen.”