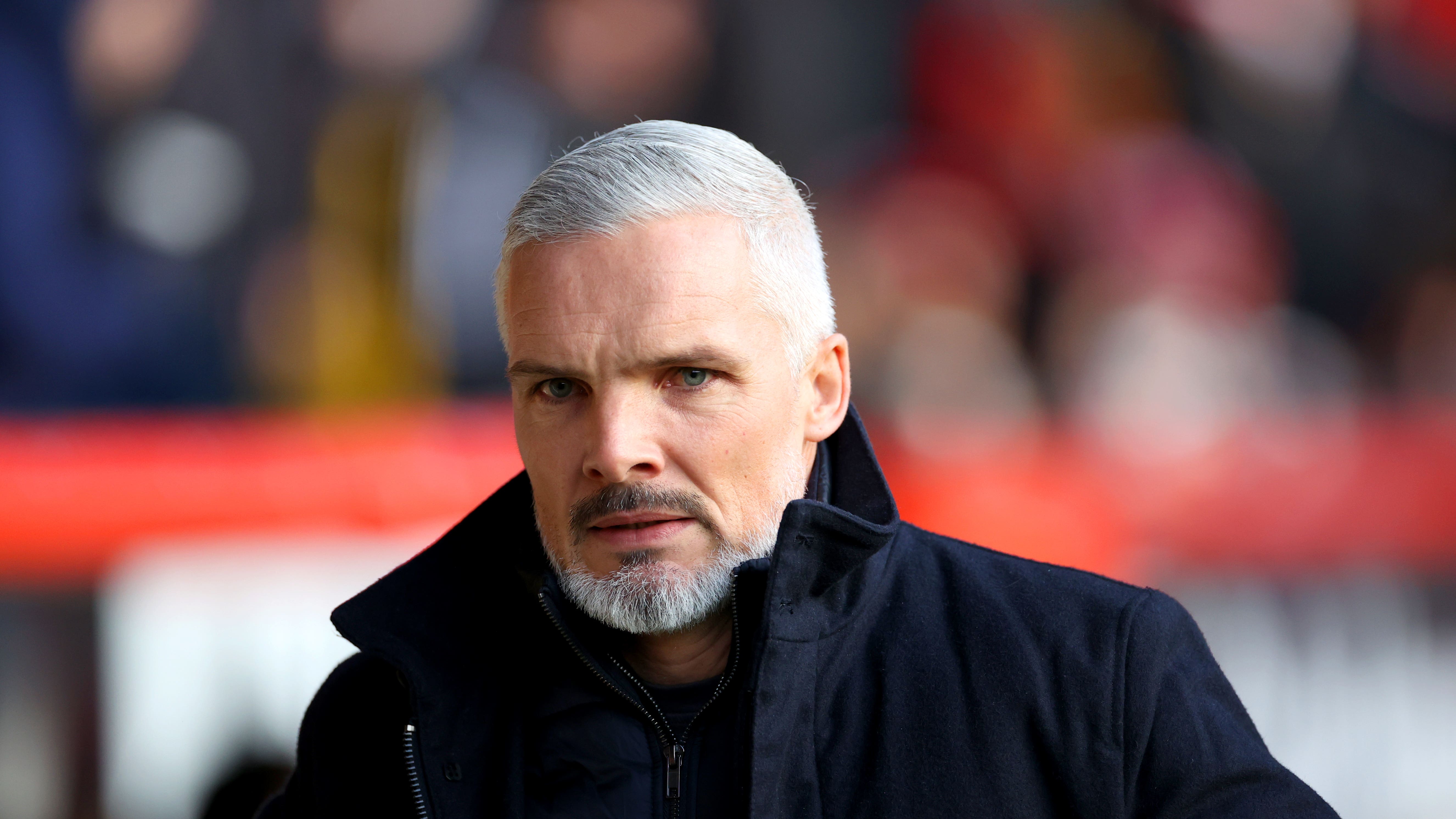 Jim Goodwin is hoping for a change in fortune when his ailing Aberdeen side take on Kilmarnock at Rugby Park on Wednesday night.

The Dons have lost three in a row in the cinch Premiership – at home to Celtic and Rangers and at Goodwin’s former club St Mirren – and the pressure is on ahead of the trip to Ayrshire.

Captain Anthony Stewart was sent off against the Buddies and is suspended while there are question marks over the fitness of striker Luis ‘Duk’ Lopes, defender Hayden Coulson and midfielder Leighton Clarkson.

Boss Goodwin told RedTV: “They are all big games. The run we are on at the moment, losing three games back-to-back, is not good enough for this club.

“I am well aware of that. It is not acceptable and we do have one or two injury concerns as well to add to the mix.

“So we are certainly not carrying a great deal of luck at the moment.

“I know people don’t like talking about luck but I think there is a level of involvement at times.

“Duk has went off. He took a really bad knock on his ankle and opened up his ligaments but hopefully that will settle down and he might just make it. It didn’t look too bad but we had to take him off at half-time (against St Mirren).

“Leighton Clarkson was feeling his thigh. Coulson took a knock in the ribs.

“Again these boys have played a lot of football in the last three games and there is a bit of fatigue setting in.

“Those injuries, hopefully they won’t be too bad and hopefully we get a couple more into the squad to freshen things up.

“We have to pick ourselves up. It is my job to get them going again against Kilmarnock.”