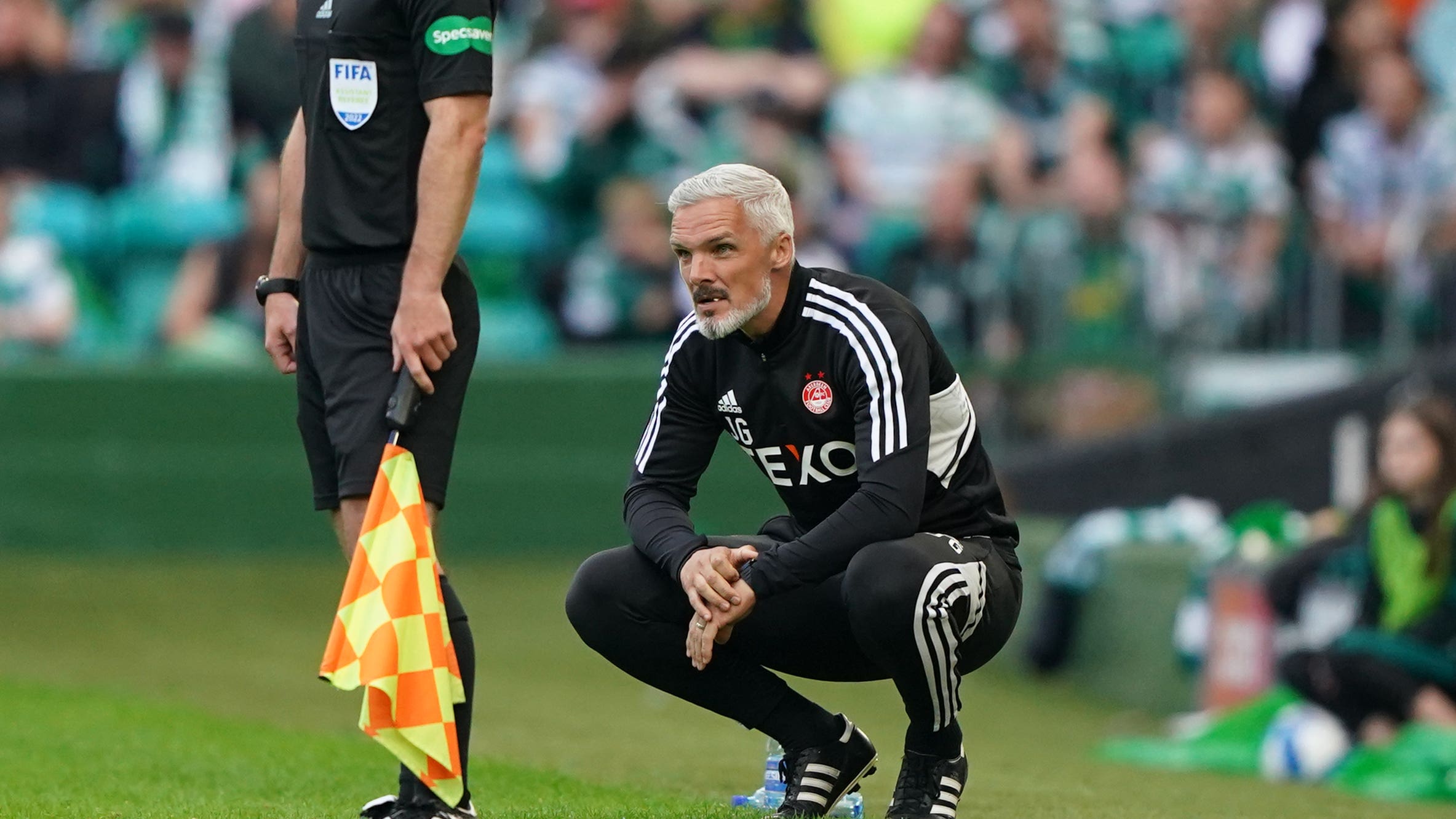 Aberdeen manager Jim Goodwin will be free to take to the dugout for Sunday’s visit of Hearts after the club submitted an appeal against his eight-match touchline ban.

Goodwin has already served the first of an immediate six-match suspension after accusing Hibernian defender Ryan Porteous of “blatant cheating”, but the Dons have now submitted their appeal after receiving the written reasons for the disciplinary panel’s punishment.

The Scottish Football Association confirmed that Goodwin’s appeal would be heard on October 31.

That means the Irishman will be able to resume normal duties for games against Hearts, Partick Thistle, Motherwell and Rangers before discovering whether he gets a more lenient sanction in front of the appellate tribunal.

The game immediately after the hearing sees Hibs visit Pittodrie.

Goodwin will be looking to inspire his side from the touchline against Hearts after he watched them lose 4-0 from the stand at Tannadice last Saturday.

The Dons players are eager to make amends in their latest cinch Premiership encounter and none more so than Ross McCrorie, who scored an own goal and conceded a penalty.

“At the end of the day, it just wasn’t good enough,” McCrorie said. “The performance wasn’t there and most of all the result wasn’t there.

“We came in the day after the game and did our analysis of it. But we just need to park it now. We all know it wasn’t good enough and we need to concentrate on Hearts this weekend and try and rectify the disappointing result and performance we just had.

“It was not what the Aberdeen fans expect of their team. It’s up to us to rectify that this weekend. We know we need to have a big performance against Hearts, especially if we have aspirations of pushing up to the top end of the table.

“Hearts are one of the big teams in the league obviously and finished third last season so it’s a big game.”