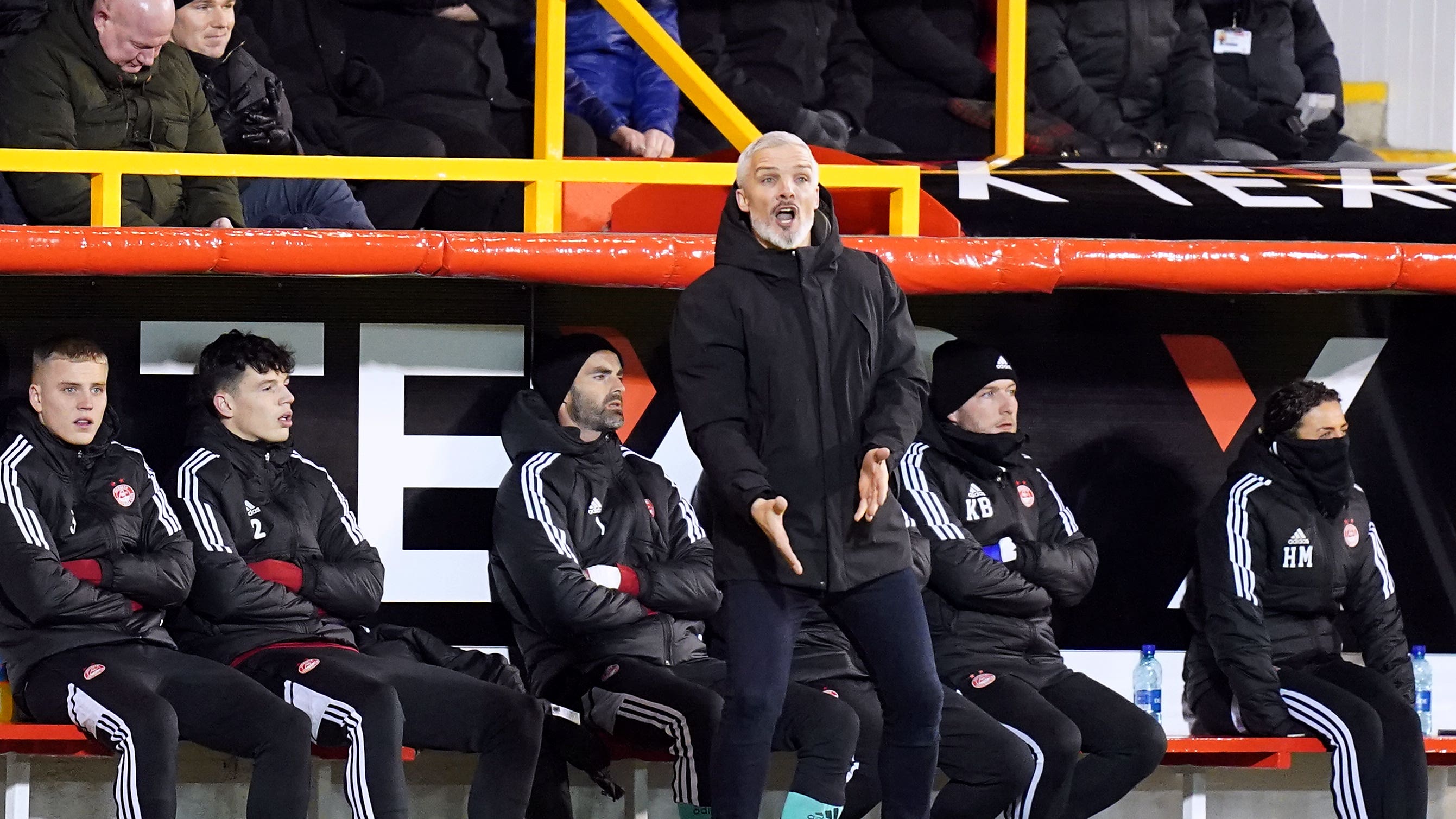 Jim Goodwin believes lessons will be learned from Aberdeen’s devastating 3-2 defeat by Rangers as attention now turns to St Mirren on Saturday.

The Dons fell behind at Pittodrie on Tuesday night to an early Fashion Sakala goal but their response was impressive and fine strikes from attacker Luis ‘Duk’ Lopes and midfielder Leighton Clarkson had them ahead going into seven minutes of added time, before it all went wrong for the home side.

Gers substitute Scott Arfield scored twice in the final two minutes to complete a remarkable turnaround and take all three cinch Premiership points back to Ibrox.

It was an improved and more positive performance from the 1-0 defeat by Celtic at Pittodrie on Saturday after which boss Goodwin was heavily criticised  for his defensive tactics, but the late loss to the Light Blues, who had been far from their best, left the Irishman distraught.

He told RedTV: “They are a good bunch of guys in there. There is a real togetherness within the group.

“We are extremely disappointed to have lost again.

“It is the first time all season we have lost back-to-back games in the league so it is a learning curve, obviously.

“Every time you suffer defeat you learn different things about yourself, about the group but I don’t think anyone can question the effort or commitment.

“There was plenty of grit and determination and I thought we played relatively well at times.

“But now is not time to talk about the positives because all you can think about is the negatives.

“The fact of the matter is we came so close to a very good win and three points and we just couldn’t get over the line.”