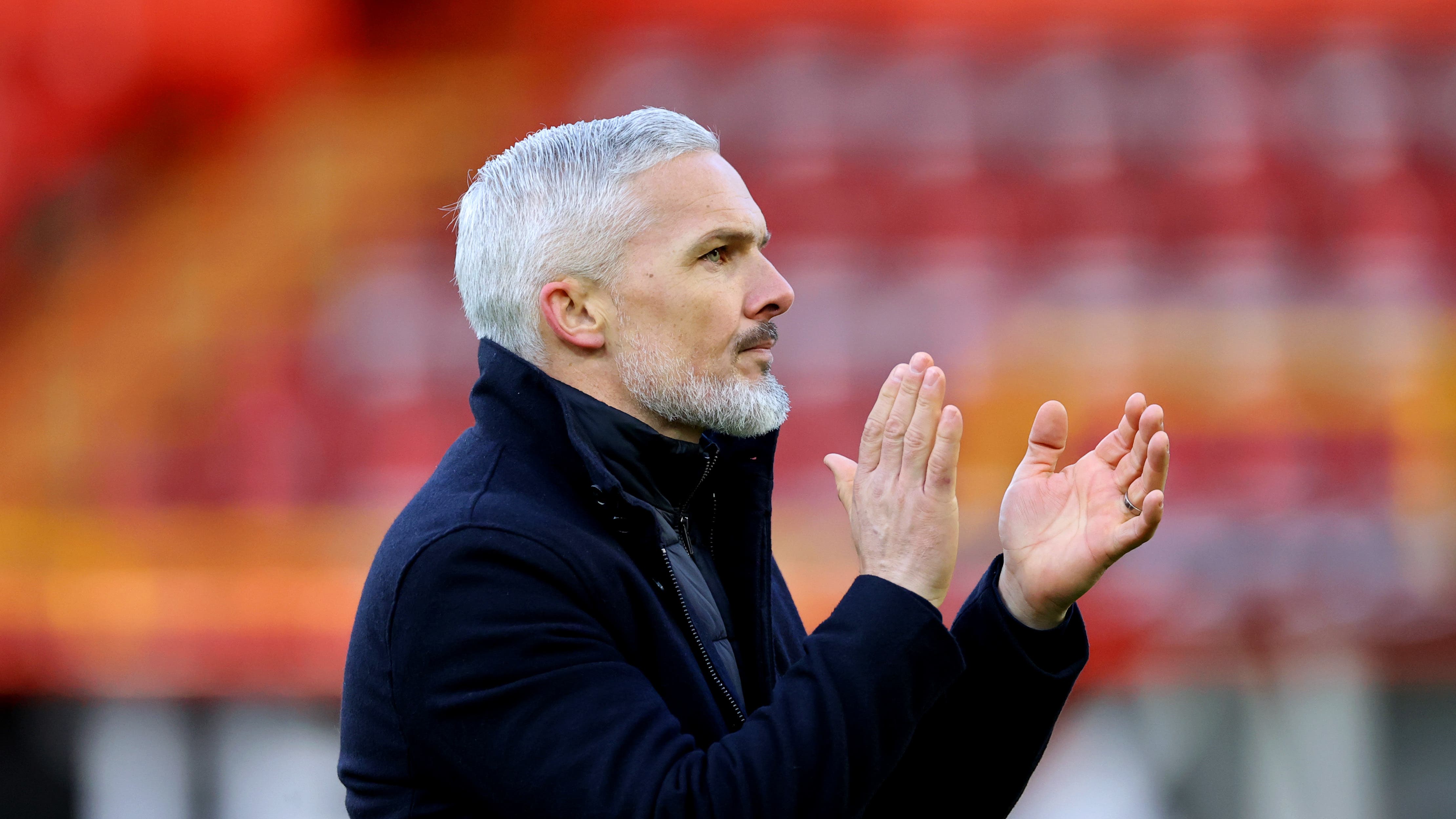 Aberdeen manager Jim Goodwin bemoaned his side’s worst performance of the season as they lost 2-1 to Kilmarnock at Rugby Park to fall to a fourth straight defeat.

First-half goals from Scott Robinson and Joe Wright had the Ayrshire side 2-0 up and despite a spectacular consolation goal from Matty Kennedy, the Dons were unable to mount a comeback as they continued their losing run since the World Cup break.

Goodwin said: “Tonight there’s not one single positive that we can take from that 90 minutes. That was as bad as we have played all season. Worst performance of the season by a country mile.

“We just didn’t offer anything to the game in terms of possession. We didn’t handle the press of Kilmarnock or the aggression that they showed. We simply didn’t do the basics well enough.

“One thing you want as a manager from your team is a grit, determination, a desire when things aren’t going well, that you stand up and be counted and we just didn’t do that, quite simply tonight.

“I don’t think the players will try to hide away from anything. I think they’ll accept the responsibility and me as manager, I’m the one who is accountable for it.

“They are my players. I brought the majority of them to the club. I stand by them. I still think we’re a very good team. I don’t think we’ve become a bad team overnight but tonight’s performance was abysmal and that’s all I could say.

“I’m not hiding away from anything. I understand the game we are in and it’s a results driven business as everyone says, it’s the oldest cliche in the book. The fact of the matter is Aberdeen have lost four games on the spin in the league.

“It’s not acceptable. I understand that. I don’t need anybody to tell me that. Expectation at the club is huge and rightly so because we’re one of the biggest teams in the league and this can’t carry on.”

Kilmarnock manager Derek McInnes, meanwhile, was full of praise for striker Robinson who scored the opener on his first start after almost a year out with a foot injury.

Robinson suffered the injury in McInnes’ first match in charge of the Rugby Park side against Queen of the South back in January, and the Kilmarnock boss admitted he feels like a new signing.

He said: “It does feel like the window opened early, getting him (Robinson) back. I got 52 minutes of him in my first game as manager against Queen of the South and he led the line brilliantly then. He’s suffered setback after setback.

“There’s been loads of cuddles, loads of talking to him, loads of trying to keep his spirits up. He’s been doing match reports for us, keeping him involved but he brings life to the dressing room. He’s such a popular boy and everyone has been wishing him to do well.

“I resisted the temptation to start him at Motherwell – trying to build his minutes up. We’ve got to be fair as it’s been nearly a calendar year he’s been out but he led the line brilliantly.