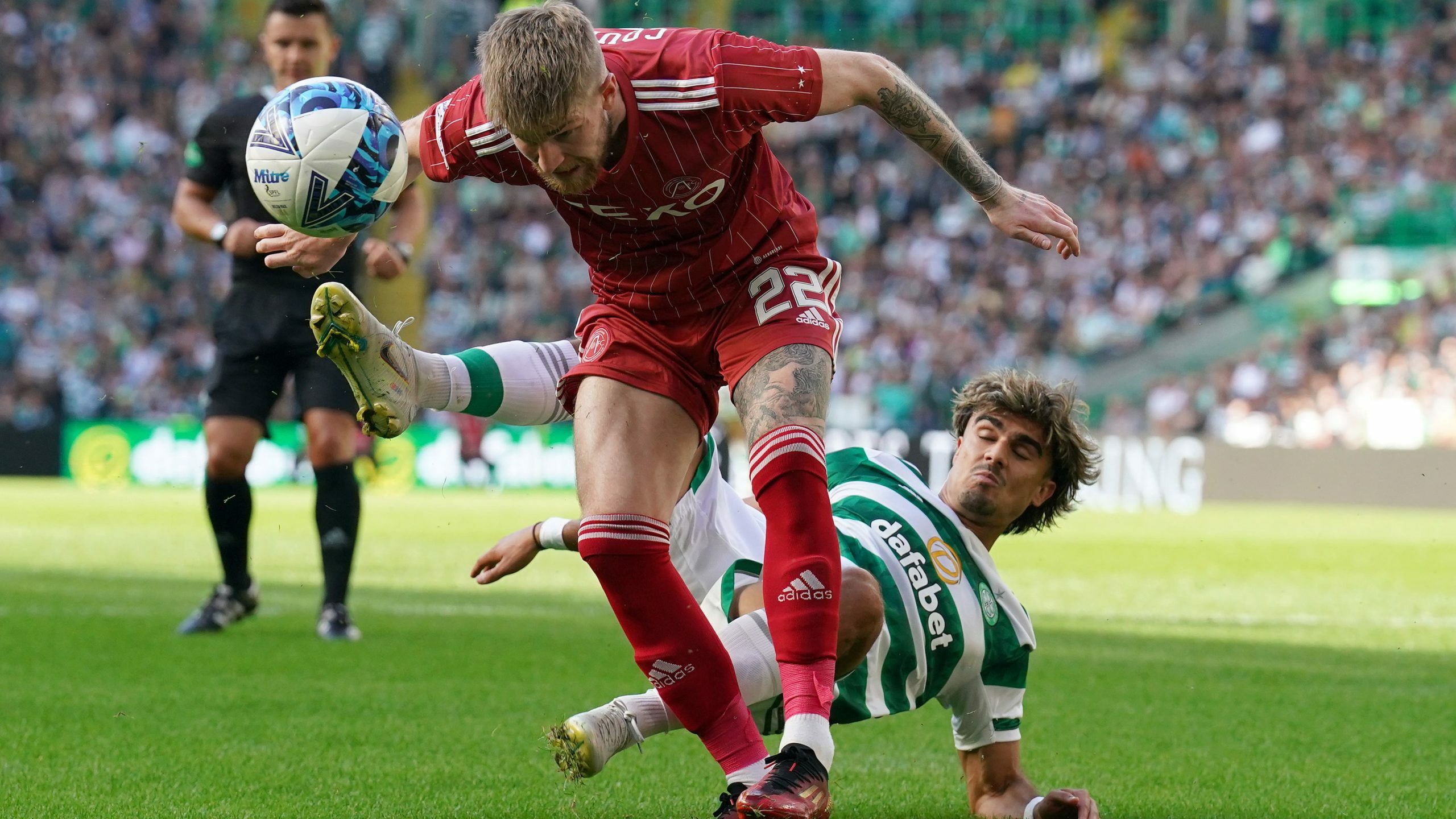 Aberdeen eased their way into the semi-finals of the Premier Sports Cup with a comprehensive 4-1 victory over Championship leaders Partick Thistle.

In-form Luis Lopes opened the scoring and the game was over by half-time as two Hayden Coulson efforts were deflected into their own net by Thistle players Kevin Holt and Jack McMillan.

The visitors pulled a goal back early in the second half as substitute Darren Brownlie headed home, but it proved to be no more than a consolation as Aberdeen replacement Ryan Duncan restored the three-goal lead with five minutes remaining.

On a nightmare evening for Thistle defender Aaron Muirhead, the defender was caught out of position when Lopes raced onto a Leighton Clarkson pass before calmly slotting past goalkeeper Jamie Sneddon.

Muirhead had already gone into the book for a foul on the striker, and shortly after the goal escaped a second caution for a similar challenge, leading Ian McCall to make an early change to protect his man.

The Thistle backline looked shambolic at times and they were punished again on the half-hour.

Clarkson’s low cross was knocked out as far as Coulson, who drilled a low shot that took a deflection even before being turned into his own net by the wrong-footed Holt.

Four minutes later, a similar strike from the on-loan Middlesbrough player appeared to be fizzing across the face of goal, only for the luckless McMillan to turn into the net in similar fashion to Holt. It was initially credited to Coulson, but the dubious goals panel will surely have something to say.

The Dons could have been further in front as Bojan Miovski exchanged passes with the impressive Clarkson, but Lee Hodson – on for Muirhead – popped up to clear the shot off the line.

Holt was forced off through injury just before the interval to compound a damaging 45 minutes for Thistle, but it was another substitute Brownlie who gave them a glimmer of hope.

On at the interval as the visitors switched to a back three, he rose at the back post to head home a Stuart Bannigan corner, though Dons goalkeeper Kelle Roos should have done better.

The Jags’ changes saw them impose themselves more on a second half disrupted by substitutions, but despite looking more comfortable, they were unable to threaten Roos’ goal in a meaningful way.

Indeed, it was Aberdeen who netted again, teenage winger Duncan showing superb composure to switch feet as he turned inside his man before curling a 15-yard strike past Sneddon.