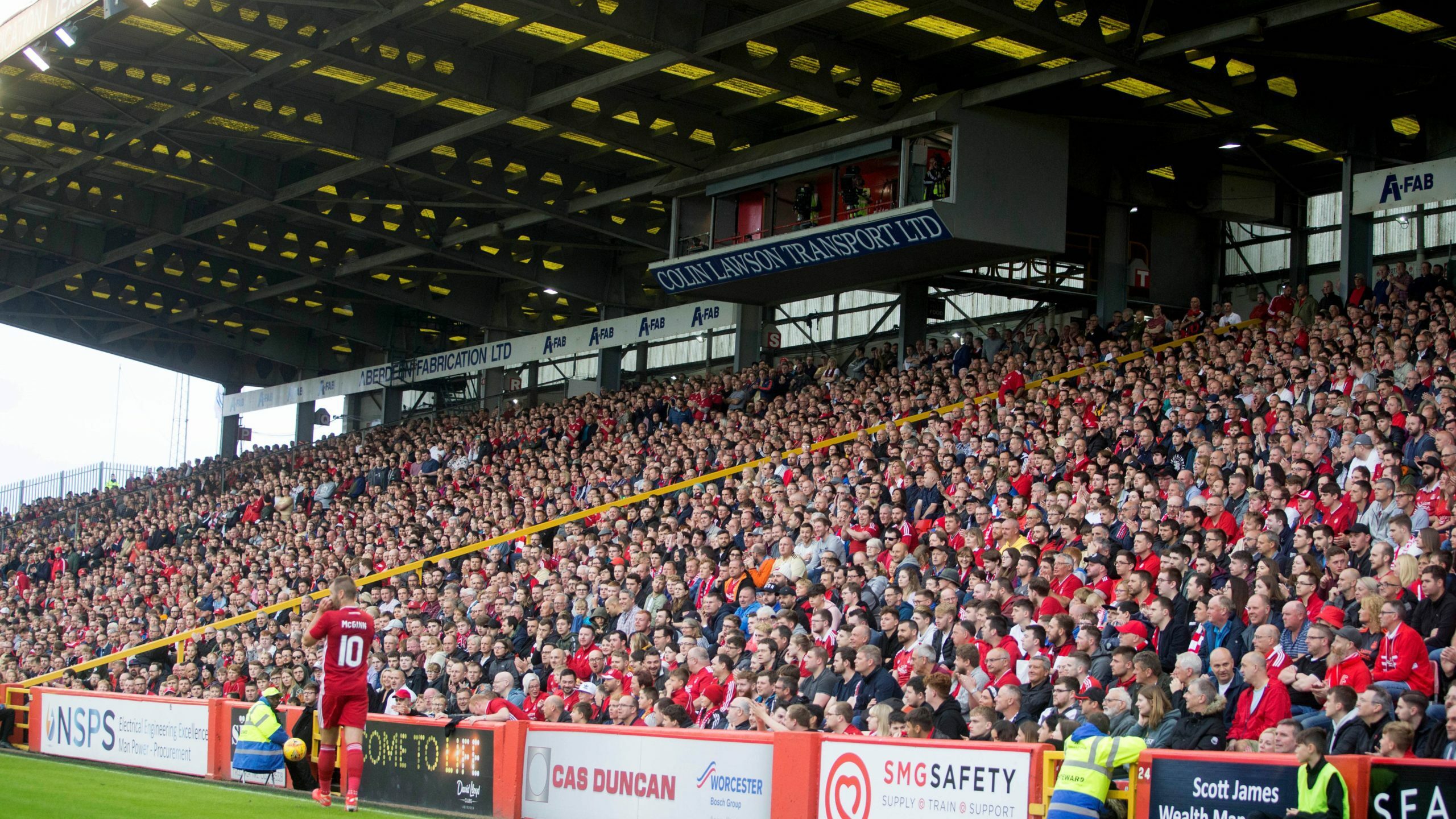 Aberdeen manager Jim Goodwin believes their trial kick-off time against Dundee United could be a trailblazer.

The cinch Premiership match at Tannadice will start at 6pm on Saturday in a bid to attract more fans.

Goodwin feels the new time could allow more young supporters to attend and also make for a better contest.

The Irishman said: “Over the years things have changed quite drastically with the broadcasters involved and we’ve had lunchtime kick-offs, evening kick-offs and football on a Friday night. This is a new one, six o’clock on a Saturday but I’m very open-minded.

“The fact that we’re bringing 4,000 supporters down the road from Aberdeen would suggest that our fans are behind it too.

“If it is successful, then no doubt everybody else out there will want to follow suit and if it doesn’t go according to plan, then we can always revert back to the traditional three o’clock kick-off. I think it’s worth trying. As I said if it is a success, then no doubt that’s the way we’ll go in the future.”

Goodwin, who will begin a touchline ban despite plans to appeal his suspension for criticising Hibernian’s Ryan Porteous, added:  “As a player I’ve always preferred to play in evening games under the lights. There’s always a bit of slickness on the surface as well with the dew at that time of the evening. Hopefully it will make for a very good entertaining game.

“The Dundee United fans are always very vocal and with the volume of Aberdeen fans were going to bring with us hopefully that will generate a good atmosphere which will hopefully help to make it a good occasion for everybody.

“I think for a number of reasons the 6pm kick-off could be a success. If I had to think about my own situation with a young family, my young boy for instance plays football early on a Saturday morning.

“So, for all the mums and dads that want to go along and watch their children and not have to be rushing back from that football to go and catch a bus or a train to go somewhere, I think that will will appeal to a lot of people out there.

“Both clubs should be congratulated for thinking outside the box, trying something a little different. Hopefully Aberdeen come out on top, that’s what I want, but hopefully the whole occasion for everybody is a success.”

“For us it doesn’t matter but what does matter for us is that maybe more kids can come, more families,” the Dutchman said. “You want to play in big stadiums in front of thousands of fans.

“It’s an important game, every game is important. But the thing that excites me the most is that we will have 4,000 fans that will come with us. I think that is amazing. As a team it gives us spirit as well.