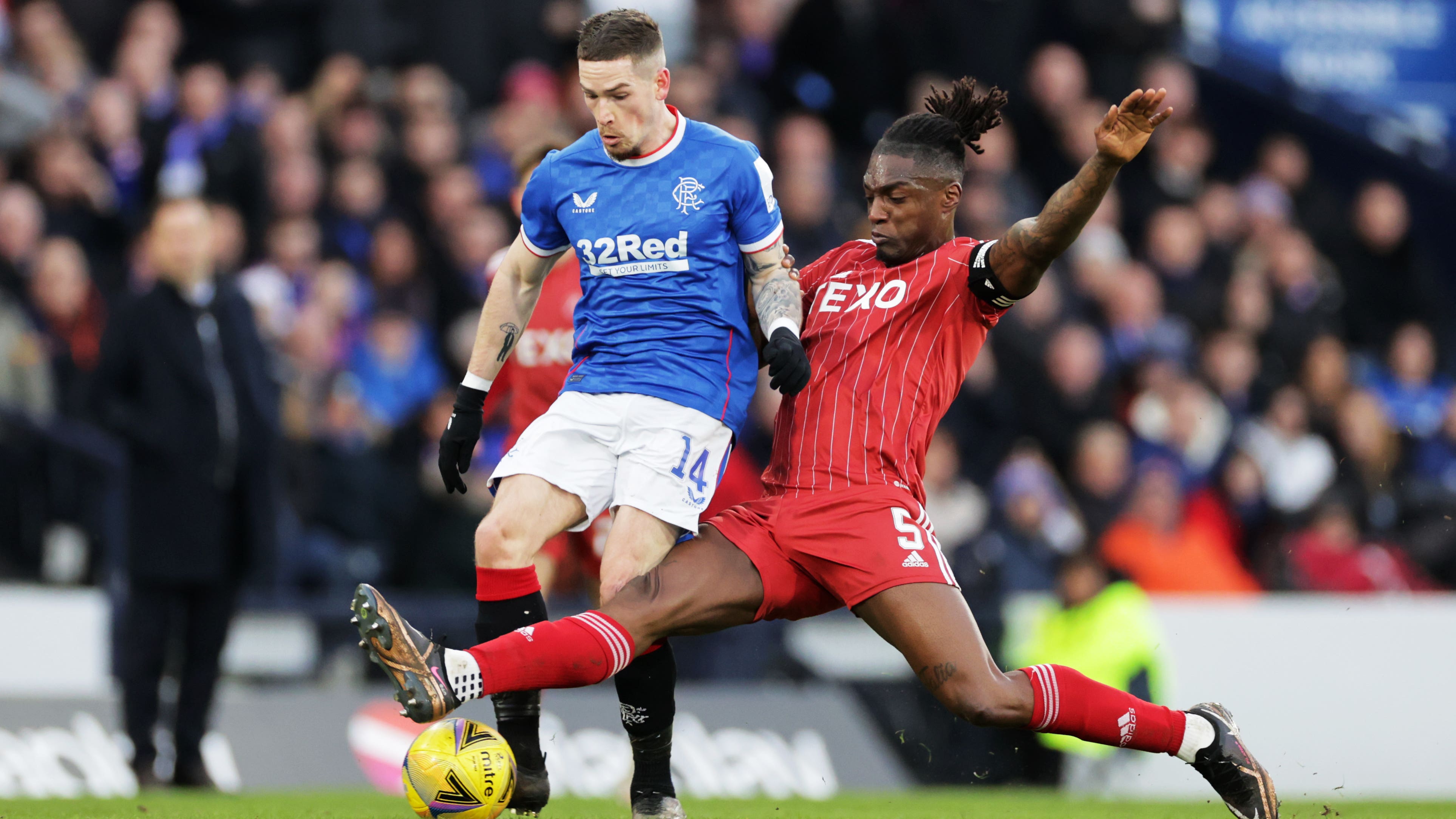 Aberdeen manager Jim Goodwin has accepted Anthony Stewart’s apology for letting his team down at Hampden and will not dwell on his captain’s red card.

The Dons skipper launched himself into a late and reckless challenge on Fashion Sakala with his team drawing 1-1 with Rangers in stoppage-time in the Viaplay Cup semi-final on Sunday.

The incident came after Stewart had claimed Alfredo Morelos was an inferior striker to the injured Antonio Colak in the build-up to the game and three weeks after the defender was sent off in a defeat at St Mirren.

Kemar Roofe went on to hit an extra-time winner for Rangers but all has been forgiven with regards to Stewart.

Speaking ahead of Wednesday’s cinch Premiership contest with Hearts, Goodwin said: “I think him and Liam Scales were excellent. I thought Alfredo Morelos was very quiet throughout the afternoon.

“That was something that Anthony obviously had to make sure happened because of the comments in the build-up to the game. I think he did that part of his job really, really well.

“But unfortunately his performance will be forgotten because of the red-card incident. It was a rush of blood, it was a poor decision. He realises that and he knows he’s let the team down. We’ve explained all of that to him.

“He’s an experienced player. I’m not going to dwell on it. We’ve got far too many things to deal with in terms of fixtures that are coming thick and fast.

“Anthony has apologised to the group. We’ve accepted his apology. He has learned from that experience.”

Stewart is suspended for the Tynecastle trip and Goodwin has fitness doubts after Luis ‘Duk’ Lopes and Leighton Clarkson picked up muscle injuries on the heavy Hampden surface.

“It was a very energy-sapping pitch as well which hasn’t helped and obviously the game went to extra-time.

“The game coming so quickly after that isn’t ideal for us, but it’s something that we have to deal with. We’ve got a very good medical team and sports science team here. They’ve been working all hands to the pump in the last 48 hours trying to get the boys back and trying to get them in a good place.

“Mentally, the guys are very, very good. We felt that we gave a good account of ourselves on Sunday against very good opposition. On another day we could have progressed. The boys will be fine.

“We’ve got one or two concerns over a few players. We’ve tried to give them the best chance over the last couple of days.

“They’ve done everything that they possibly could have. We’ve been in the swimming pool, in the cryochamber, they have been getting massages and making sure that they’re eating well, sleeping well and everything that would be expected to give themselves the best possible chance of playing to their optimum levels.

“We haven’t nailed down the starting 11 yet because we’re trying to give one or two of the individuals a little bit more time before we make that final decision.”