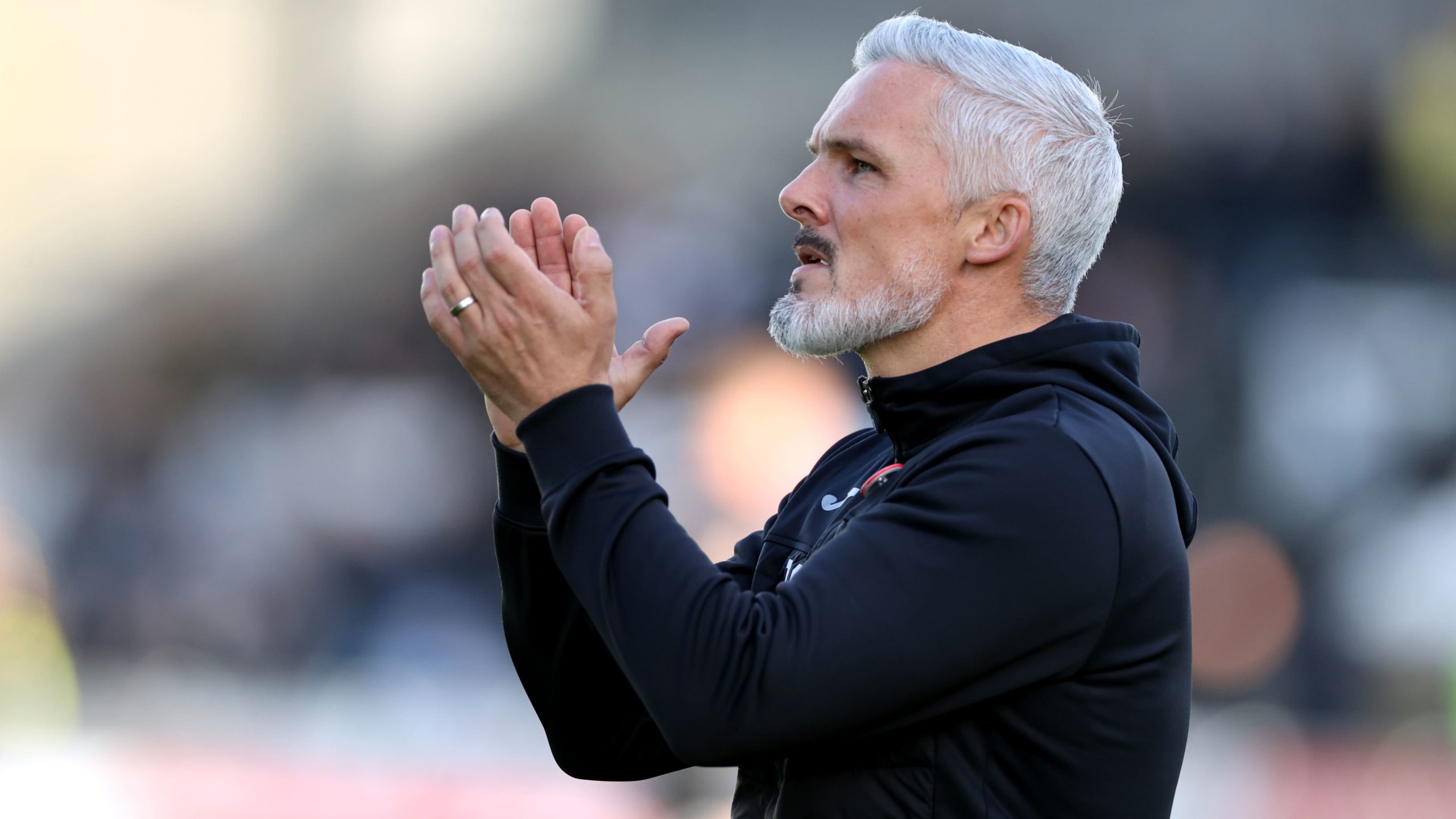 Aberdeen storm to win over Hibernian to climb to third

Bojan Miovski was again Aberdeen’s goalscoring hero as Jim Goodwin’s side saw off Hibernian to leapfrog the visitors and climb to third in the cinch Premiership – but not without a helping of VAR drama.

Miovski netted either side of half-time to put his side in the driving seat, before Ylber Ramadani struck a third. Mykola Kukharevych pulled one back before Leighton Clarkson’s cheeky fourth put the result beyond all doubt.

Video referee Steven Kirkland was heavily involved in the penalty that eventually led to Miovski opening the scoring, and also gave the nod to Hibs’ consolation.

The visitors had the better of the early spoils but it would be midway through the first half before either goalkeeper was called into serious action, Aberdeen’s Kelle Roos acrobatically pushing Ewan Henderson’s header from a Chris Cadden cross over the bar.

Aberdeen’s first effort came on the counter from a Hibs corner. Miovski slipped in Duk to fire a low shot beyond David Marshall, only for Marijan Cabraja to slide into to clear off the line.

And Duk was involved again in the opener, as he was brought down by Marshall.

Lengthy checks for offside, and then over the penalty itself, were passed before Miovski stepped up – only for Marshall to save low to his left.

Another check adjudged Marshall to have crept from his line, leading to a re-take, and as both striker and keeper went the same way again, this time the ball found the net.

The drama was not over there as Marshall reacted by kicking the ball at Miovski which led to another review, a booking deemed suitable punishment.

The Dons doubled their lead eight minutes after the interval as Clarkson landed a corner on the head of Miovski, the striker having drifted away from marker Joe Newell and able to send a free header into the net.

Aberdeen added a third as the visitors failed to deal with a Clarkson corner, Ramadani popping up on the edge of the box to fire into the bottom right corner.

But Hibs found a way back into the match as Kukharevych bundled home an Elias Melkersen cross at the back post. Initially ruled out for offside, VAR confirmed the goal should stand.

If that sparked hopes of a comeback, they were short-lived. The Dons have been ruthless in front of goal at home this term and they netted a fourth in impudent fashion.

Clarkson raced onto a pass from substitute Marley Watkins and his touch took him past Marshall but with his route to goal seemingly blocked, the on-loan Liverpool man spun and backheeled into the bottom-left corner to seal the points.