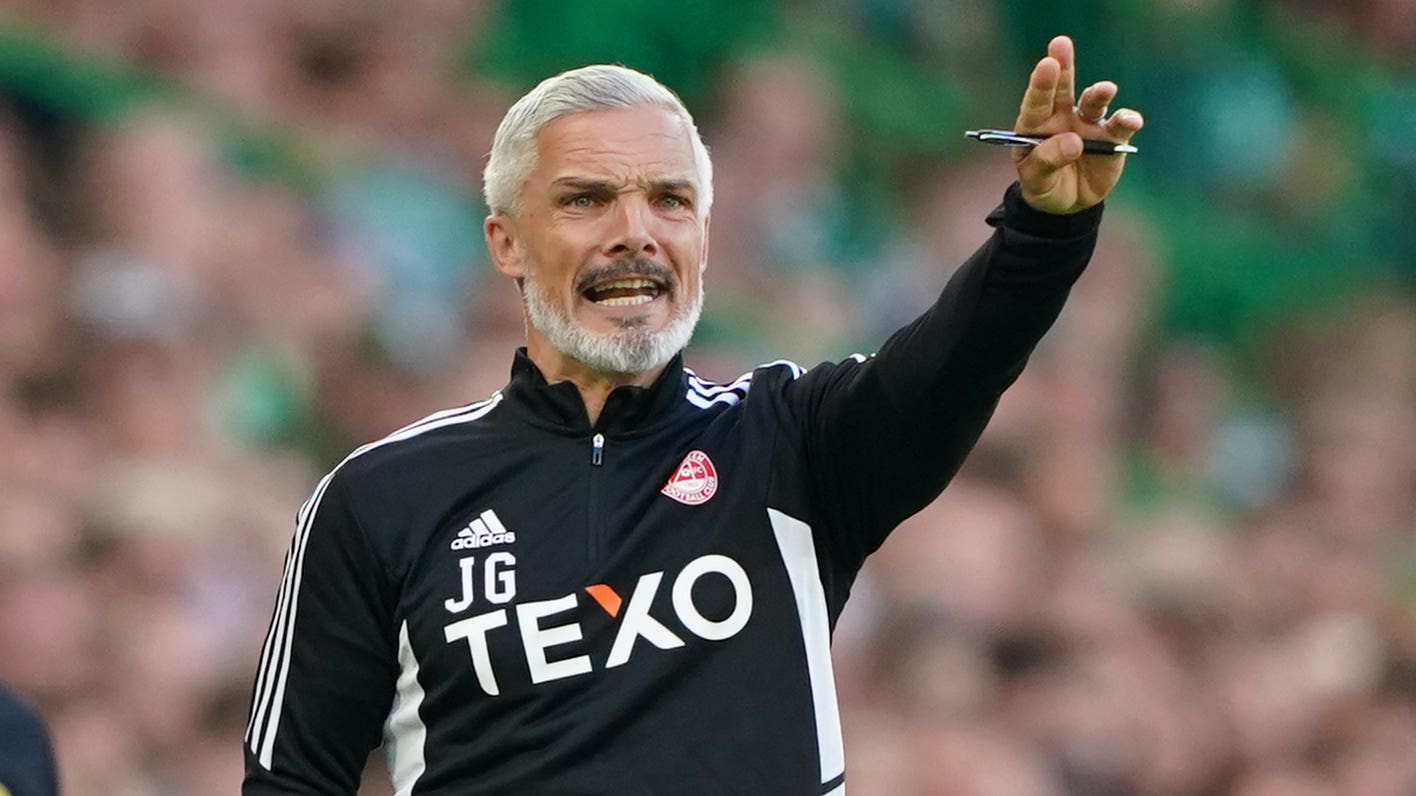 Jim Goodwin believes the new system introduced at Pittodrie has paid off after Aberdeen secured a win at Motherwell for the first time since 2019.

The Dons rotated to a 3-5-2 formation last weekend after coming in for criticism about their lack of clean sheets and have now won three games in the space of six days.

Bojan Miovski opened the scoring in the fourth minute at Fir Park and Luis Lopes found a winner after Stuart McKinstry had levelled for the hosts.

Following the 2-1 victory, Goodwin said: “This is a tough place for Aberdeen to come, so it was good to put in a performance that was worthy of the win.

“We have played with three up front, two guys wide and Miovski as the lone striker through the middle, but we took a little gamble on this system against Hearts and it has paid off.

“The two of them (Miovski and Lopes) work so well as a pair, with one coming short and one going in behind. There is a lot of unselfish work from both of them to free up space for the other one. I am pleased for both of them to each claim a good goal.

“The first one is a real bit of class from Miovski and thankfully VAR was here, because it would have been a travesty if that goal had been ruled offside wrongly and we did not get to see the quality of it.

“The second goal was everything we have spoken of during the week of trying to get the quality in the wide angles. Jack MacKenzie put a brilliant ball in and it was good movement and a good header from Duk (Lopes) and thankfully I am sitting here with three points.”

Motherwell boss Steven Hammell was adamant his side were wrongfully denied two late penalties, with the ball striking Matty Kennedy on the hand before Ricki Lamie was brought down in the area.

He added: “They (VAR) need to be very careful. The games are paused for two or three minutes when they’re making these decisions.

“We felt as if we had two very strong claims, the handball was clear, but the one where Ricki Lamie is tripped right at the end and then the whistle goes… for that to happen without the check and then to blow the full-time whistle, we think it hasn’t been looked at properly, especially the way we see it. It’s a penalty and these are big moments in the game.

“We were told that the game was over. We feel like it doesn’t matter what time of the game it is, the incidents should all be looked at the same. It’s supposed to be here to look at things and at least check it and I don’t think they did that.

“They’re all big games and there’s not much between teams in the division. Today was a big game for us and a result would’ve put us back where we want to be, but the longer it is without a win the bigger it becomes.”