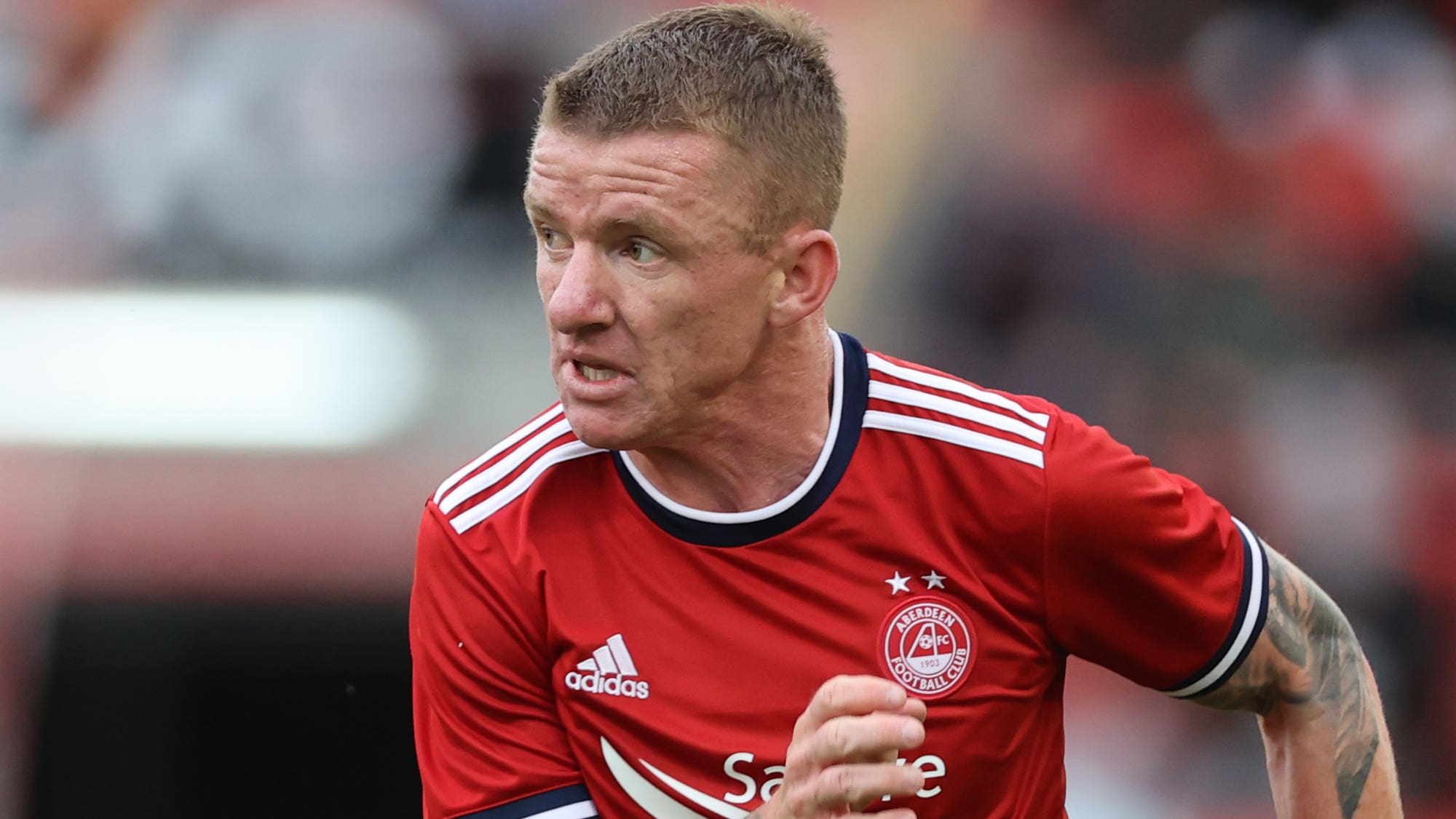 Aberdeen winger Jonny Hayes is close to returning from a groin injury but is unlikely to be ready to feature against Hibernian in Friday night’s cinch Premiership match at Pittodrie.

Dons boss Jim Goodwin will be in the stand as he continues his touchline ban – reduced this week on appeal – for comments he made about Hibs defender Ryan Porteous following the previous meeting between the teams at Easter Road.

Hibernian winger Martin Boyle is unlikely to feature after suffering a lower-leg injury against St Mirren last weekend, which prompted a visit to a specialist on Wednesday.

Kyle Magennis returns from suspension while Demetri Mitchell is back in the squad after illness.

Lewis Miller is out with a fresh injury behind his knee while Harry McKirdy (thigh), Jake Doyle-Hayes (ankle), Kevin Nisbet (knee), Momo Bojang (groin) and Aiden McGeady (knee) remain out.