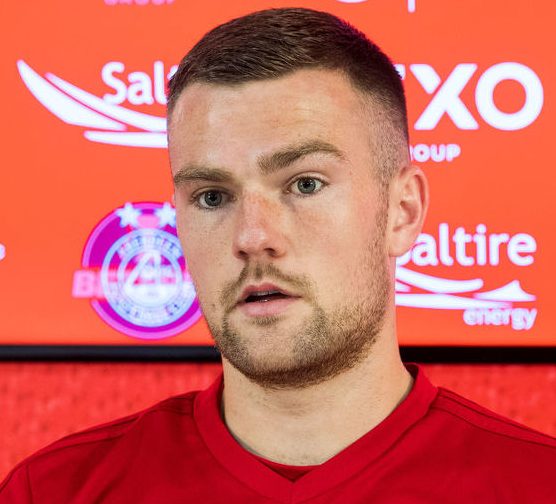 Aberdeen defender Mikey Devlin says a Scotland call-up would be a dream come true for any player.

The former Hamilton Accies star signed for Derek McInnes’ side during the January transfer window.

He has played a key role for the Dons so far this season, despite being suspended for a red card against Kilmarnock.

But he admits he has to cement his place with his club before he can dream of pulling on the dark blue of Scotland.

He said: “First and foremost, my main target is to keep playing week in week out here, which is difficult enough to make sure you hold down a place at a club like Aberdeen.

“We’ve got a competitive squad and a lot of guys are raring to go and want to play every week in the starting eleven.

“That’s my sole focus at the minute to make sure that week in week out my performance is good enough that I’m in the team next week and that’s all I can focus on.

“Anything out with that is out with my control and you can’t worry about that.

“It’s every boy’s dream to play for Scotland, but as far as I’m concerned that’s not something I’m getting carried away with or thinking about at the moment.”