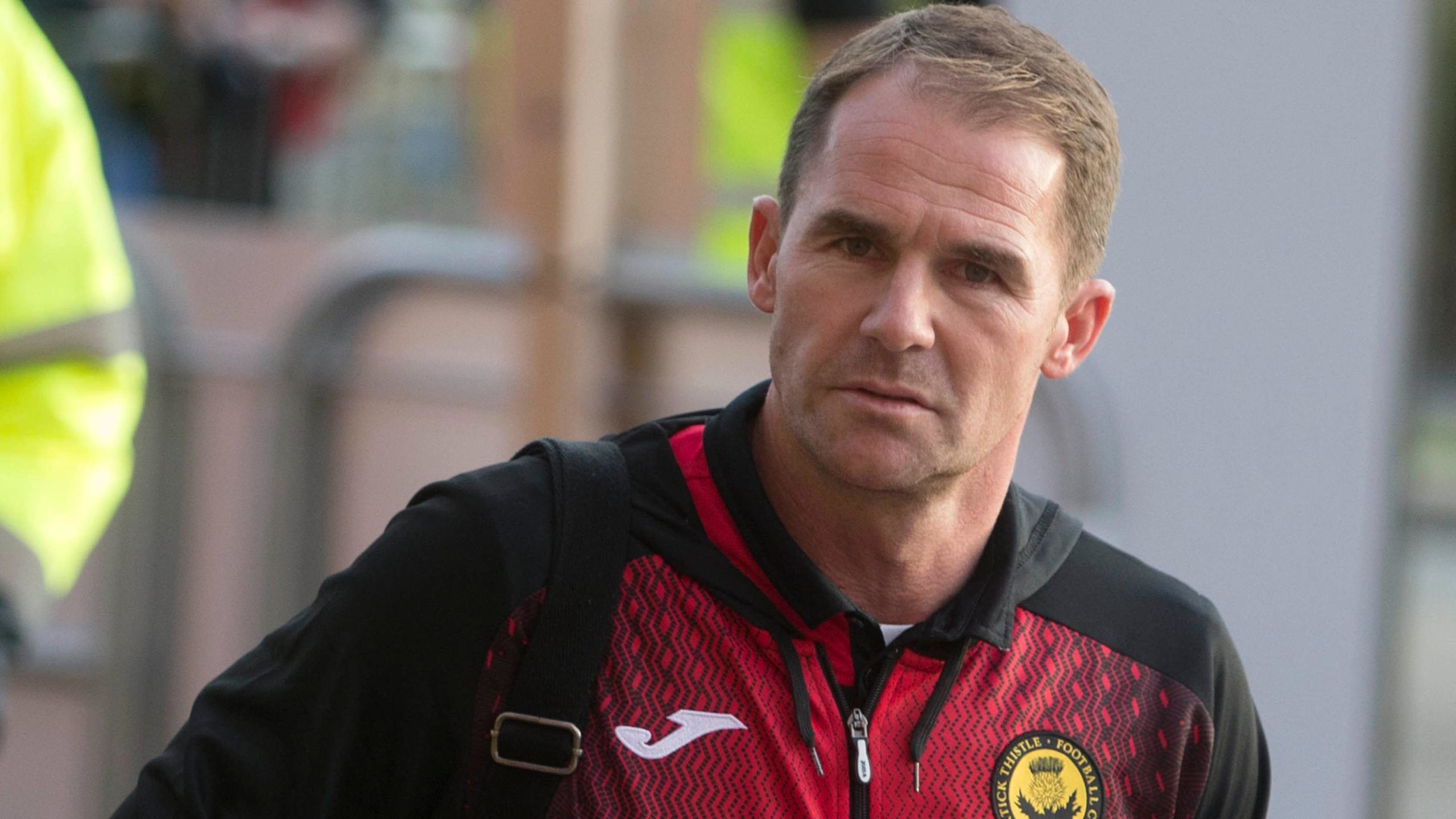 By By Anthony Brown PAOctober 18, 2022No Comments

Alan Archibald insists Partick Thistle are heading to Aberdeen full of confidence as they bid to pull off a Premier Sports Cup upset.

The Jags sit joint top of the cinch Championship following their 2-1 win away to Hamilton on Saturday.

Assistant boss Archibald told Jagzone: “We’ve done well in the last rounds to get this chance to play against a Premiership team and we’re looking forward to going to Aberdeen.

“We’re full of confidence after a good win on Saturday. It wasn’t a great performance but it was a great three points to take into this game.”

Archibald is adamant Thistle believe they can pull off a victory and make it to the semi-finals.

“Everybody sees the chance to get to Hampden, everybody loves going there,” he said.

“On our day, we’re good enough to beat most teams so I don’t see why we can’t (get through).

“We’re full of confidence and we’re going well in the league. I know it’s a strong Aberdeen team off the back of a good result and they’ll see the same chance as us to get to a semi-final.”