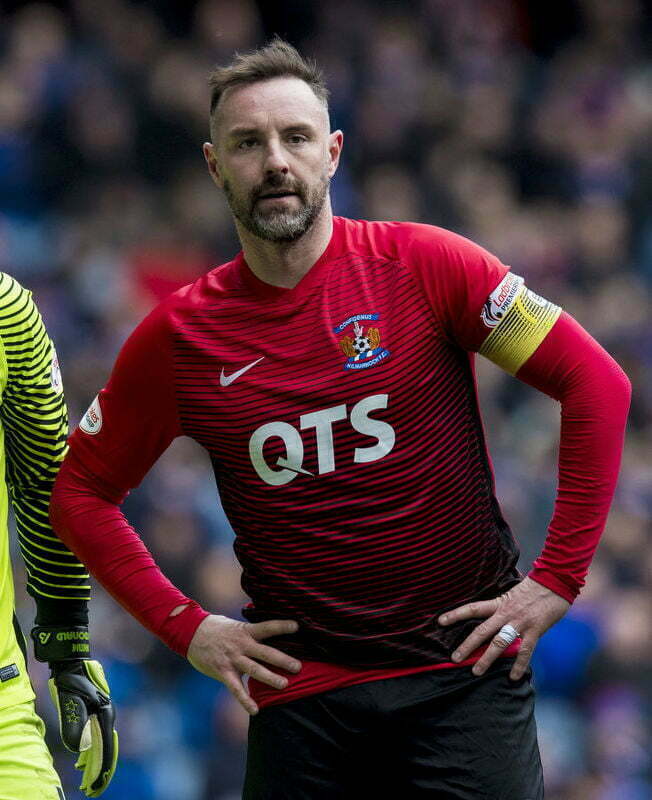 Alan Rough says Kris Boyd is clueless about the Celtic dressing room after he claimed there was a split in the camp.

The veteran Kilmarnock striker made the accusation after the Hoops’ less than impressive start to the season.

Brendan Rodgers side sit sixth in the league table after losing two of their opening six league fixtures.

But the ex-Celtic and Scotland goalkeeper says the Killie front man has no idea what is going on at Parkhead.

Alan Rough told PLZ Soccer: “I don’t know where Kris is coming from saying there is a split in the dressing room.

“For me it’s the players that are in that Celtic team now that wouldn’t have been during the invincible run.

“There’s inexperienced players at Celtic who are finding it difficult to know what it’s like to win every week.”

Hoops boss Brendan Rodgers earlier slammed the ex-Rangers striker’s comments, saying: “Kris would be better suited trying to get back in the Kilmarnock team.”

The Killie ace claimed the split formed after Dedryck Boyata and Olivier Ntcham were denied moves away from the club in the summer.

Celtic face St Johnstone tomorrow night in the quarter-final of the Betfred Cup just days after losing 2-1 to Steve Clarke’s Kilmarnock in the league.