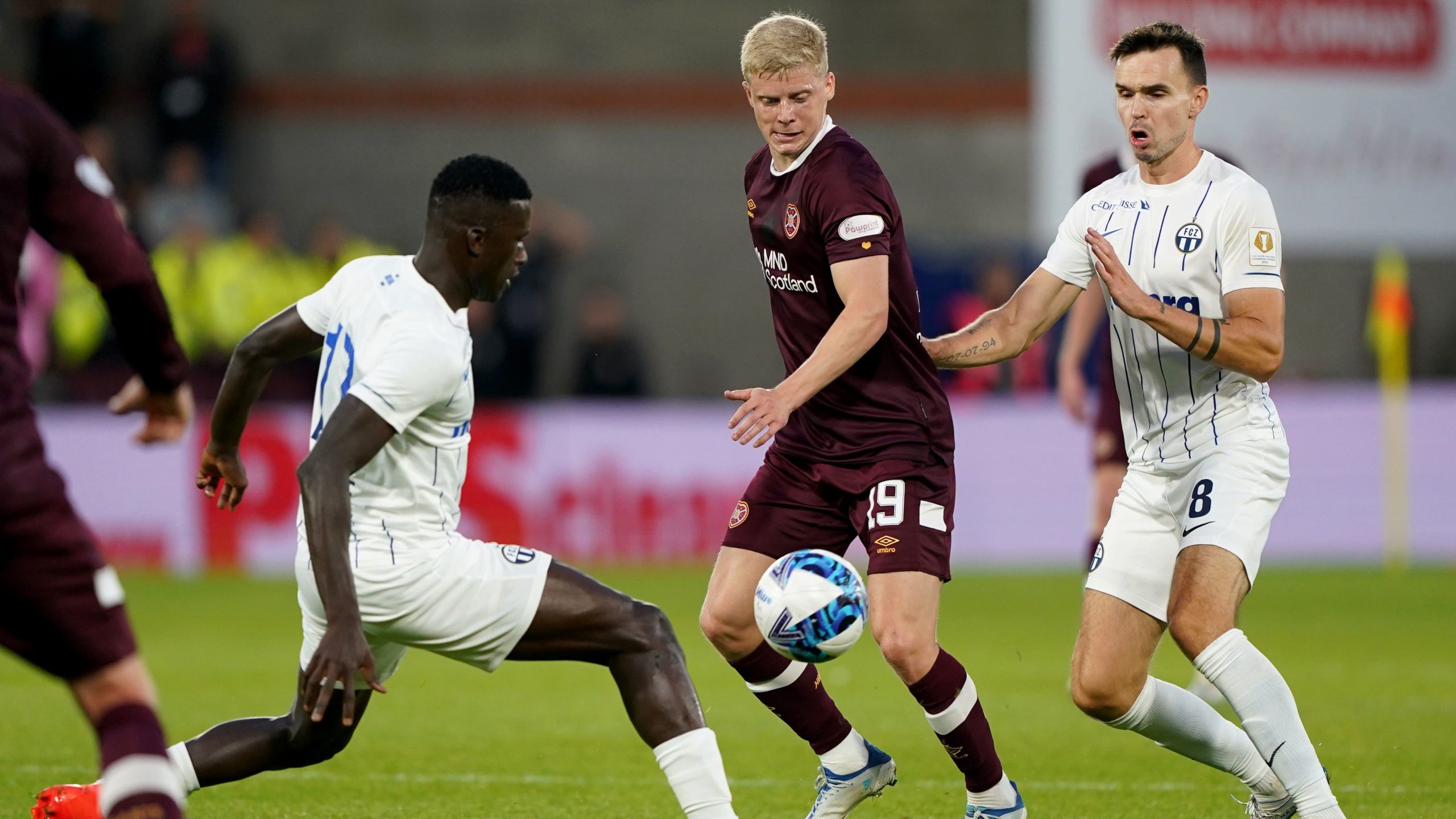 Hearts defender Alex Cochrane admits it has been a “learning curve” adapting to a new position in a makeshift back line.

Cochrane was mainly deployed as a wing-back last season but recently he has been filling in at centre-back.

Hearts have been without the likes of Craig Halkett, Kye Rowles, Michael Smith and Nathaniel Atkinson as the defence bears the brunt of a raft of injuries, and Cochrane has had to improvise in difficult circumstances.

Hearts have conceded 16 goals in five matches, a run which has included two games against Fiorentina, and their task will not get any easier when they host cinch Premiership leaders Celtic on Saturday.

Cochrane said: “It’s been a learning curve for me. I have had to learn whilst I have been playing, and in training as well.

“I have never done it before but with Stephen Kingsley next to me, he has helped me a lot. I think it’s only good for my experience to play there.

“I mean, Luka Jovic is a top-quality player. Playing against him was tough, it was something I had to be fully alert for, but it’s only going to benefit me for my future career.

“It’s a big responsibility but we have players in the team who are happy to do that. It’s an unselfish team, if you have to fill in for a position because we are struggling with injuries, then you have to do it.

“That’s the one definite positive about the team, we are happy to be unselfish and work for each other.

“There’s no doubt the players who are missing are key players for us but we can’t use that as an excuse. The 11 on the pitch is still a strong 11 and we just need to bounce back and stay together as a team and the results will come again.”

Cochrane knows stability is a key factor in a defence’s success but he and his team-mates have been working hard to fast-track the process of understanding each other’s games.

“Sometimes it does take a little bit of time to get used to each other. Chopping and changing due to injuries does sometimes have an effect because you are playing with players you are not used to and have to get used to as the games go on.

“But the players who have stepped in have done a job and I feel have done well, and as a team we have to move forward with a positive mindset. Even off the pitch, speaking together about it, if a goal went in at the weekend we can talk about how we can deal with it better as a unit.”