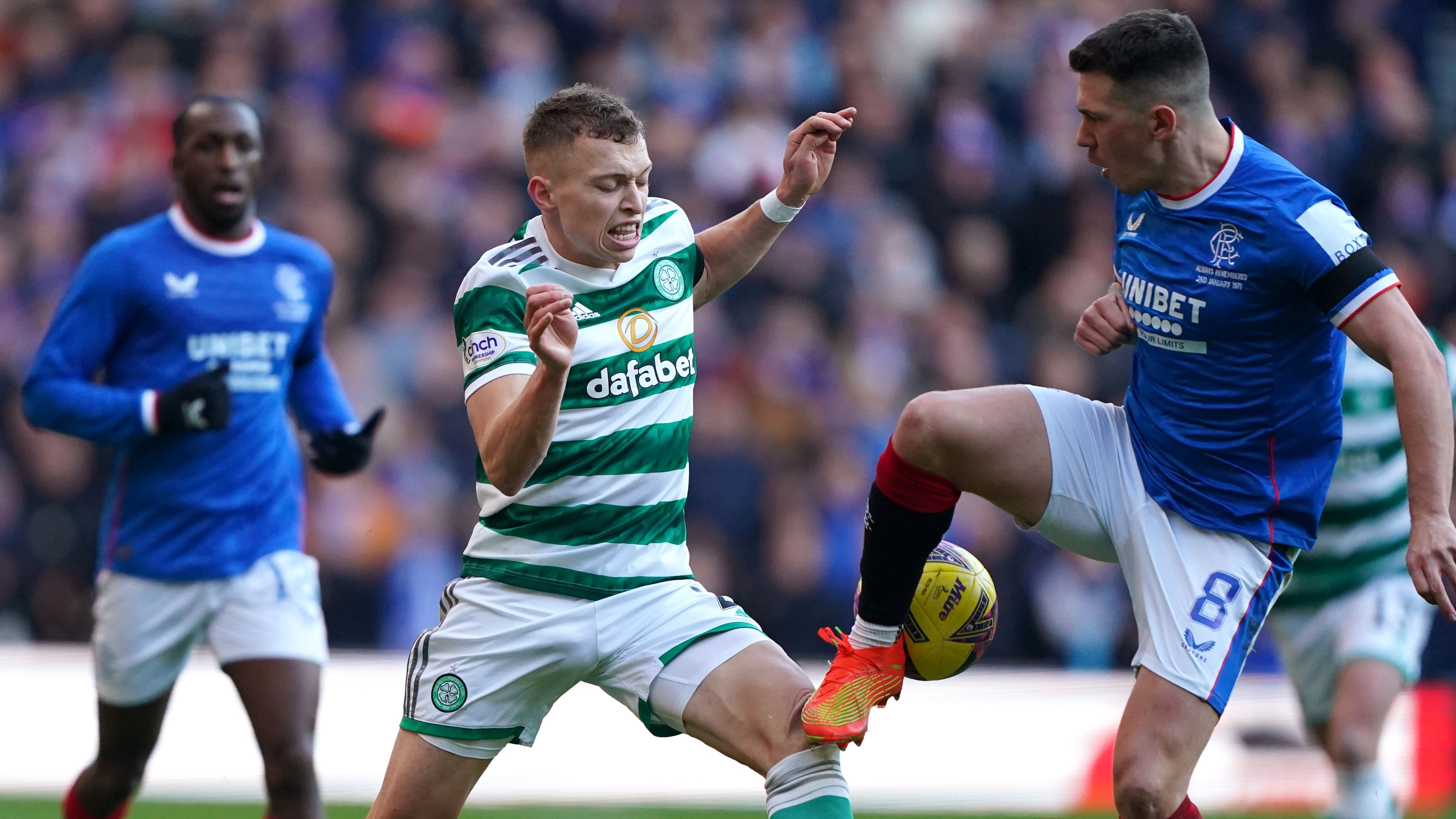 Alistair Johnston relished the “toxic” nature of his Celtic debut – but was glad his mother’s wish that she had been present at Ibrox was not realised.

The Canada right-back officially became a Celtic player on New Year’s Day and, with Anthony Ralston injured and Josip Juranovic deemed less than 100 per cent fit, was thrust into the action the following lunchtime as his side drew 2-2 with Rangers.

The 24-year-old delivered a sound performance and felt the occasion had lived up to its billing.

“I was buzzing, just to get out there,” the new signing from CF Montreal said. “The atmosphere was as toxic as I wanted it to be.

“It was a pretty enjoyable experience. Of course it would have been a lot better if we managed to get three points out of it but at the same time for myself personally it was a good match to be part of.

“I learned a lot about Scottish football, just there alone, and already looking forward to playing the next one and seeing them back at Celtic Park in the near future.

“That’s what was pretty cool about it, you could just see how much, even when they were potentially struggling in the game, any little turnover, any throw-in, any corner-kick they could get, their crowd would get behind them.

“You could see the passion that was there, especially our fan base as well, the 750 brave souls that went in there. They made us proud as well.

“So it was great we could find that equaliser to send them home with something they could hang their hat on, which was nice. It was just an atmosphere that you won’t forget.

“My mum was saying ‘I wish we could have been there’. I said, ‘You know what mum, I really don’t think I would have let you go to that one’. So that was pretty funny. But it was everything I was expecting and more.

“As I have gotten older and played in front of similar crowds, we have a couple with the Canadian national team, like when you go down to play in Mexico, you need to use it as fuel.

“You look at it as the home team are the ones who have to perform in front of their home crowd, so we can be the ones who can rain on their parade.

“You can see why some guys would shrink in that but for me it was the perfect match to make my debut and it was something I definitely won’t be forgetting for a long time.”

Johnston allowed his family to experience the surprise news that he was starting when they got up.

“I actually didn’t tell them I was starting the night before,” said Johnston, who was speaking at Hampden to promote the new 2022/23 SPFL Match Attax collection.

“They are five hours behind so when my parents woke up it was a 7.30am kick-off. My older brother is out in Vancouver so he missed the match, it was a 4.30am kick-off there. He woke up and I saw on the family group chat: ‘They actually started you?’

“I wanted them to enjoy their sleep, my dad would have been up all night if he knew I was starting.

“I know they had a pretty cool moment when they woke up and saw I was starting. I’m happy they were in the TV room back home and not actually in the stands as my mum wanted, I don’t think it would have been a great welcome to Scottish football for her.”

Johnston delivered his own verdict on his debut display.

“There’s still so many adjustments and tweaks I want to make, but for a first performance in a place like that, I’m not going to be too hard on myself,” he said.

“As a team we were playing so well and kind of let it get away from ourselves and let them grow into the match. We know we can be better.

“Watching the game back there were lots of decisions where I thought ‘why did I do that?’

“So there’s lots of room for growth, which I think is exciting. It was a good start and if every match is like that in terms of the atmosphere, it will be a pretty fun time here.”