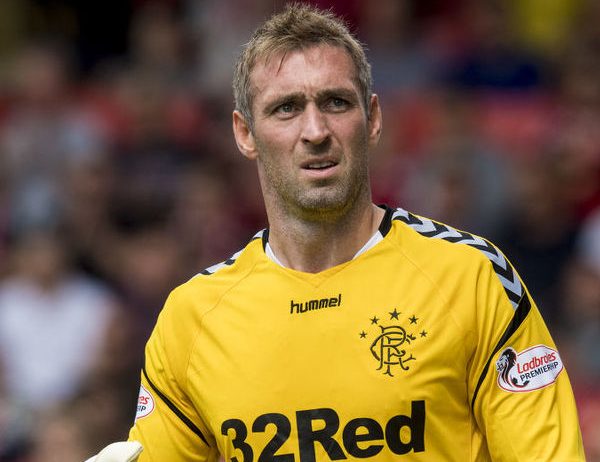 Barry Ferguson believes Allan McGregor will be key to Rangers success against Celtic at Parkhead.

The Glasgow rivals will battle it out for bragging rights during the first Old Firm game of the season.

The Ibrox side haven’t beaten the Hoops since they overcame Ronny Deila’s team on penalties in the 2016 Scottish Cup semi-final.

And the ex-Gers captain insists the return of Scotland keeper Allan McGregor to the fixture will be vital for the Light Blues.

He said: “The biggest signing this season has been Allan McGregor. He’s the best goalkeeper I’ve played with and we’ve seen that in his early performances.

“The most important thing for me is he’s a winner and his character will rub off on the other players.

“Even the guys who have come in who are leaders already will learn a lot from him because he knows the expectations and demands on you to play for Rangers.

“Allan McGregor will be key because you have to make big saves in that game.”

The ex-Scotland midfielder is confident Rangers can pick up something from the derby clash after a resurgence under Steven Gerrard.

But he knows Brendan Rodgers side will be no push overs despite going into the match in poor form.

He said: “I think Celtic will go two up top and if they go with Moussa Dembele and Odsonne Edouard – that’s going to be a lethal partnership, there’s no doubt about that.

“Then you have Leigh Griffiths, who is a great finisher. So the back three and the goalkeeper will have to be up to it.

“Celtic have some top players in their team but they aren’t playing well so Rangers have to go into Sunday’s game with confidence.”

The former skipper thinks while things are going well this season, the new signings will have to hit the ground running from the first whistle.

He said: “A lot of the players won’t know what has hit them. You walk out of the tunnel and bang.

“It’s 100mph stuff and sometimes you don’t even touch the ball for ten minutes.

“Rangers have the nucleus of a group that realise the importance of not just playing well but what’s needed when you play these big games.

“With the start to the season Rangers have had, I’m more confident than I’ve been in the last two years.

“The signings he’s made have been good and they’ve started really well.

“I think Rangers can go to Celtic Park and come away with something. It’s a good time to see how the players handle it.”