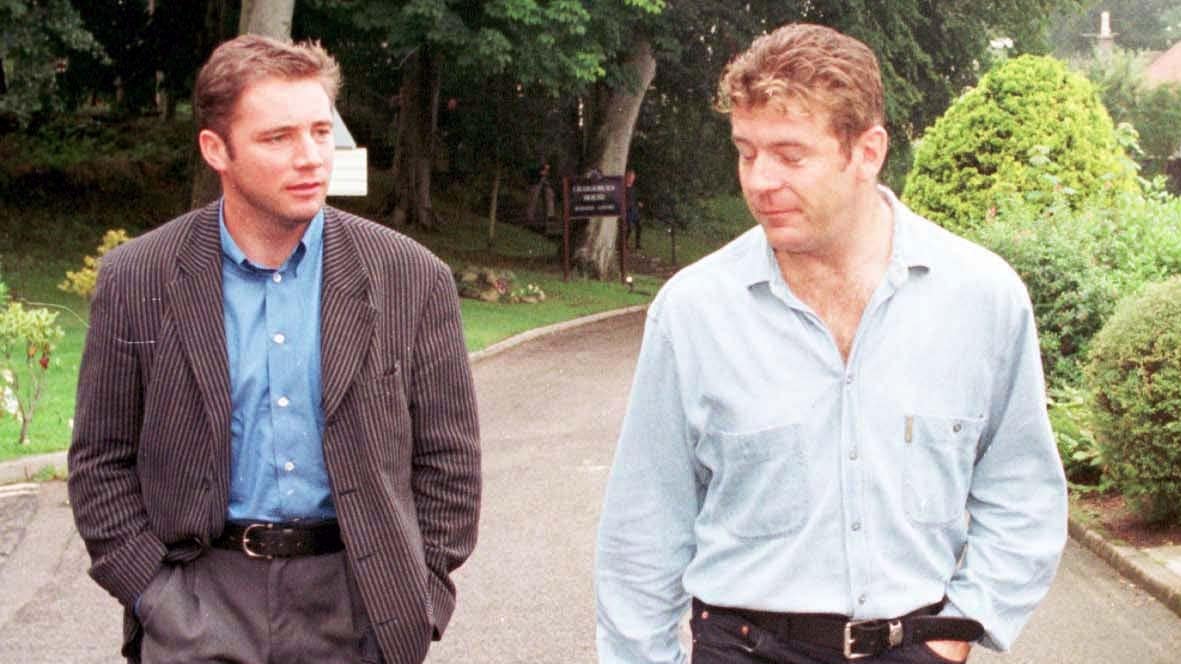 Ally McCoist has hailed the bravery of Andy Goram after being with his former Rangers team-mate in the final moments of his life.

McCoist was present at St Margaret’s Hospice in Airdrie as Goram lost his short battle with cancer on Saturday morning.

The 58-year-old former Oldham, Hibernian, Scotland and Manchester United goalkeeper had been diagnosed with esophageal cancer about 10 weeks earlier and had been told he had just months to live after the cancer spread.

“The speed of it has been absolutely frightening,” McCoist said on TalkSPORT.

“However, having gone to see him on a regular basis, first of all at the hospital in Wishaw, then East Kilbride and eventually at the hospice in Airdrie, the first thing I would like to do is thank everybody who looked after Andy. These girls and guys in these places are absolutely remarkable, the job they do.

“I was there on Saturday morning with John Brown, another team-mate of Andy’s, when he passed, along with his son, Danny, and his ex-wife, Miriam, and it was absolutely tragic. Tragic.

“However, we are all taking great courage from the fact that his bravery was absolutely incredible.

“I kept coming back and saying to the boys, whoever I was on the phone to, whether it be Archie (Knox), wee Durranty (Ian Durrant) or any of the boys, I thought ‘The Goalie’ was actually in a state of shock at the news, which would have been understandable. But he actually wasn’t in a state of shock. He was just showing a remarkable bravery that I have never seen in my life before.

“I honestly thought it was shock but he never changed, so it wasn’t shock, it was just bravery.

“He succumbed to this horrendous illness and we are all in absolutely no doubt that he is free from pain and in a far better place.

“He was a pal. He was the best goalkeeper I ever played with, he was absolutely unbelievable as a goalkeeper. And I would have to tell you, he was one hell of a man. He had a bit of everything in his make-up.

“It’s a sad, sad loss. Tragically taken away far too soon – 58 is not an age at all and we will all miss him desperately.”

McCoist also took solace in being able to help Goram recall the good times, which included five Scottish titles with Rangers, in his final weeks of his life.

“In the last couple of weeks or so we were sitting with Andy at his bedside and all these stories were coming out and inevitably we would end up in tears laughing at some of the tales,” he said. “Dear me, there were some classics.

“We sat in what is the saddest of situations, we would end up holding his hand and having a right giggle.

“The tears were rolling down our faces at some of the stupid.. and just going back over good times, talking about Walter (Smith) and Archie and how lucky we were to play in that period.

“It’s very, very sad but do you know something? He is free from pain, and that’s the most important thing.”